To celebrate this children’s classic, let’s look back at its humble beginnings and see how it became the phenomenon that it is today…

From years of merciless rejections by publishers to translations into over 30 languages worldwide, The Story of the Little Mole who knew it was none of his business has travelled a long and smelly way to become one of the best-loved children’s stories in the world, and we can’t believe it’s been 30 years!

“At that time, in the mid-1980s, my son was maybe three or four years old, we were going for a walk in the park in Frankfurt,” Holzwarth said. “He noticed all of the dog droppings and wanted to play with them. And I thought, to keep him away from them, I’ll buy him a book.”

‘In the beginning, everyone thought it was gross. The topic was taboo.’ – Werner Holzwarth

Seeing as there was no such book in German at the time, Holzwarth wrote his own… and spent years defending it against poo-scared publishers and early readers alike. It took a while to find the perfect illustrator, but once Holzwarth met Wolf Erlbruch they knew they were on to something. A publishing deal with Peter Hammer Verlag followed and Little Mole became a worldwide phenomenon, garnering praise from critics and going on to become a musical and an audio book to boot!

*Mentioned in the final episode of The Vicar of Dibley*

*Was banned by the London Underground*

*Performed live at the Edinburgh Festival* 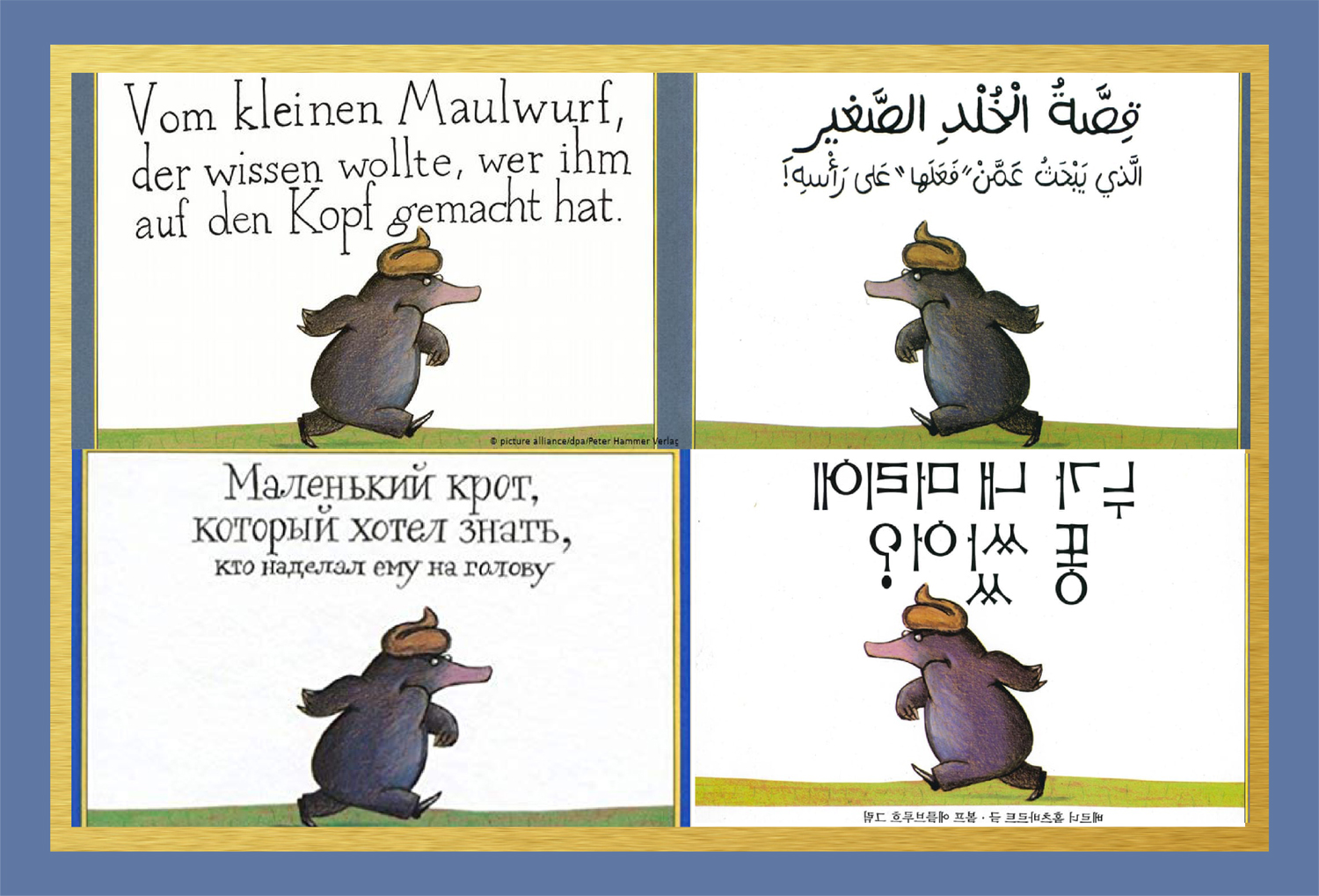 Download here for more poo-related fun. Includes colouring and drawing exercises, word (and poo) search and a maze to guide our Little Mole through in search of the culprit!

Join us on Twitter and Facebook by using the hashtag #whosepoo to match each animal with their business!

Or visit our online quiz here.