100 Books that Changed the World 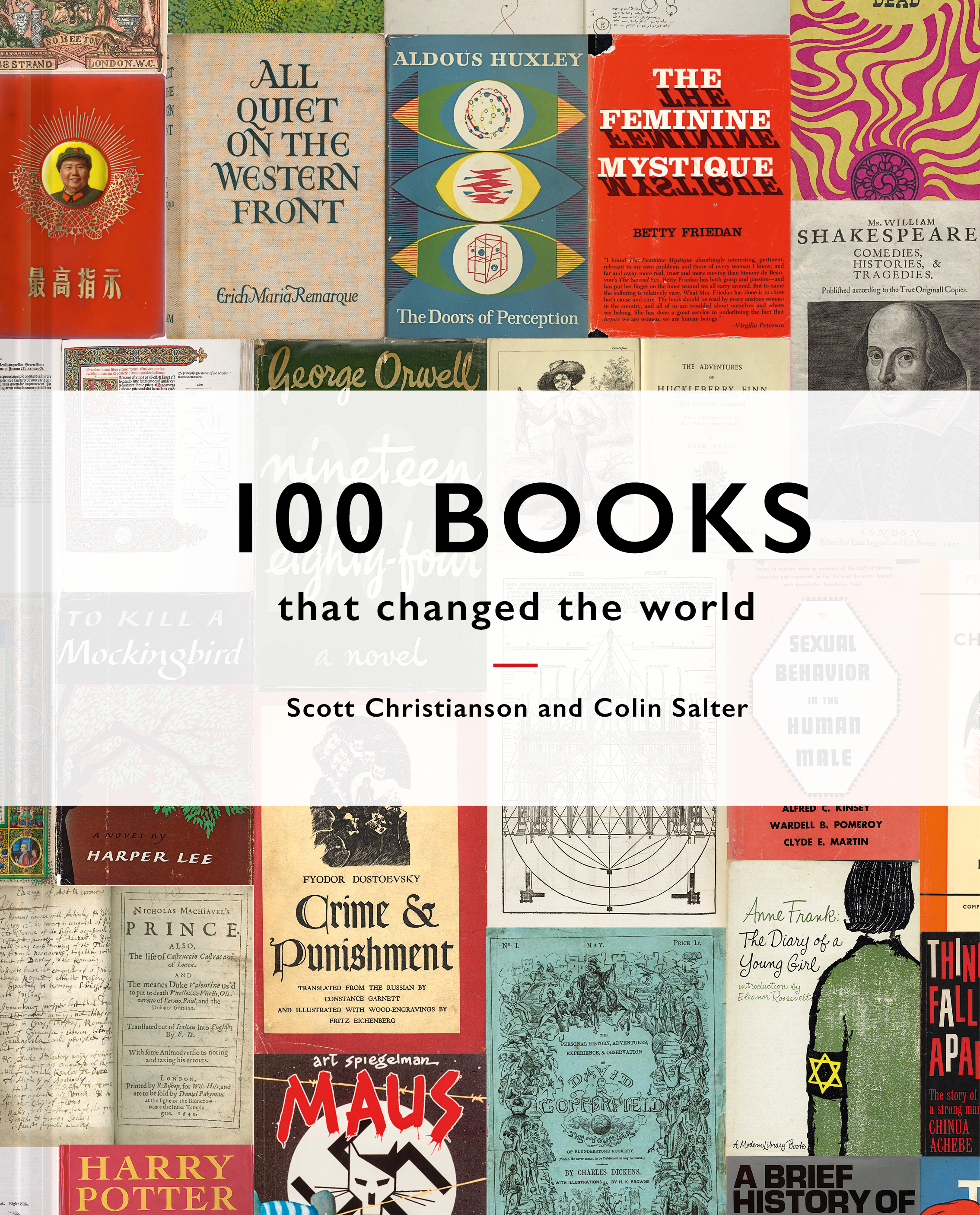 A chronological survey of the world’s most influential books.

Many books have become classics, must-reads or overnight publishing sensations, but how many can genuinely claim to have changed the way we see and think?

In 100 Books that Changed the World, authors Scott Christianson and Colin Salter bring together an exceptional collection of truly groundbreaking books – from scriptures that founded religions, to scientific treatises that challenged beliefs, to novels that kick-started literary genres. This elegantly designed book offers a chronological survey of the most important books from around the globe, from the earliest illuminated manuscripts to the age of the ebook publication.

SCOTT CHRISTIANSON, Ph.D. is a prize-winning author. His books include 100 Diagrams That Changed the World, With Liberty for Some: 500 Years of Imprisonment in America</em>; Condemned: Inside the Sing Sing Death House</em>; Notorious Prisons: Inside the World’s Most Feared Institutions</em>; Bodies of Evidence: Forensics and Crime</em>; Freeing Charles: The Epic Struggle to Free a Slave on the Eve of the Civil War. His articles have appeared in The New York Times, Washington Post, The Nation, Village Voice, and Newsday.

Edinburgh-based writer Colin Salter is the author of Jaguar: The Iconic Models That Defined The Marque (2017) and a man throughly at home on Scotland’s great scenic route The NorthWest 500′. He is the author of Remarkable Road Trips and Remarkable Bike Rides. Another of his recent books, Men on the Moon: A History of Space Exploration (2015) will be of no use to him as he tackles the earth’s epic treks.

'An attractive, accessible testimony to the power of the written word'