365 Reasons To Be Proud To Be British

Magical moments in our great history 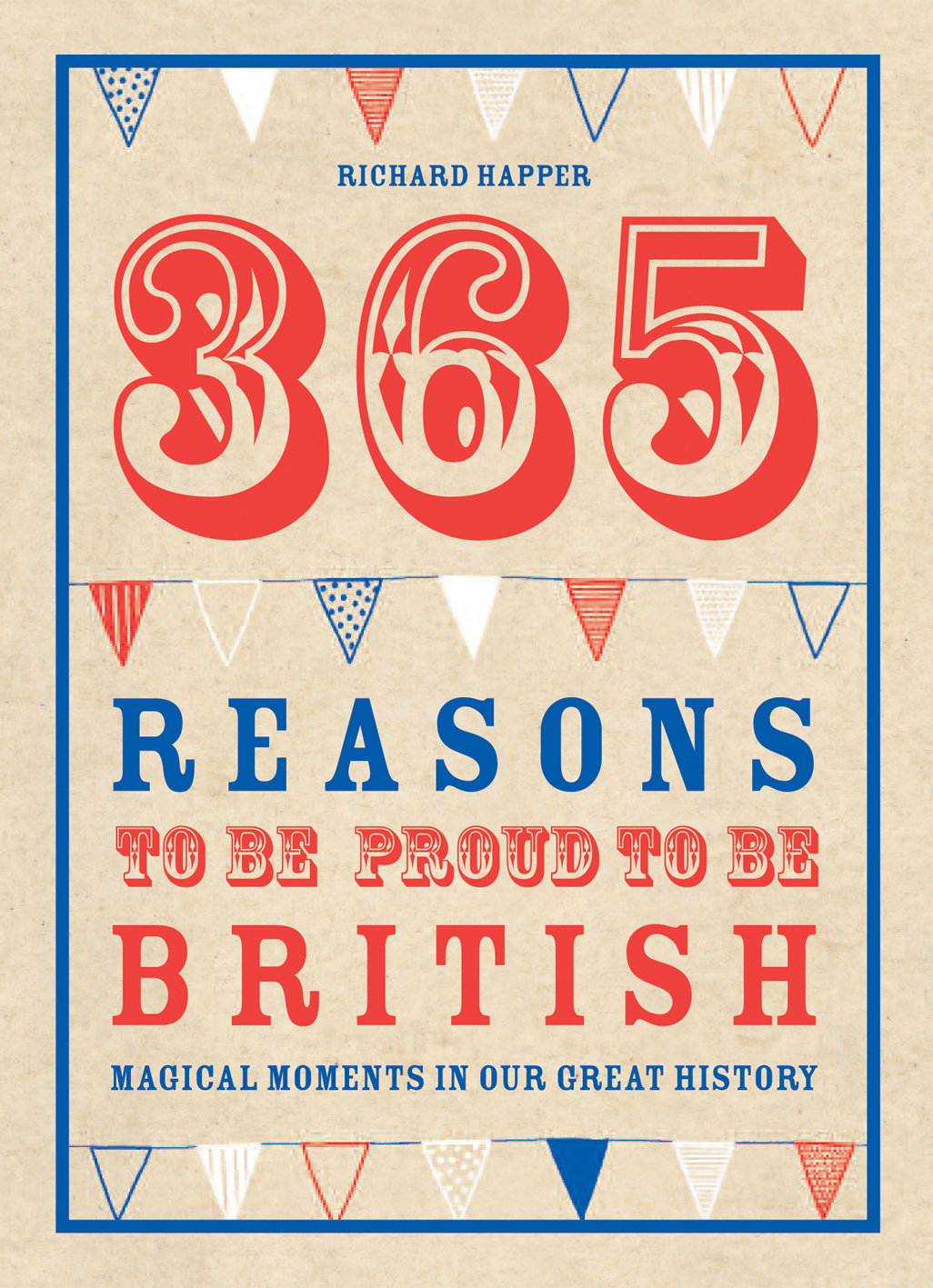 365 Reasons To Be Proud To Be British is a year-long scenic route of jollyness taking in the quirky events, inventions, traditions, people, places and characters that make Great Britain a nation worth celebrating every day of the year. Because it is great.

Come on, admit it, has there ever been a more inventive, adventurous, creative and eccentric race than the British? We don’t think so and 365 Reasons To Be Proud To Be British proves it brilliantly. In the book you’ll find a historical year’s worth of the discoveries, delights and derring-do that make Britain a place to love and cherish, a place of wonder and an island that attracts 27 million people through its doors. From the Cornish beaches to the glorious Welsh mountains; from the square-eyed joys of BBC telly to the incredible ‘Knowledge’ of the London cabbie; from our peerless pop music royalty to the globally renowned remedial powers of the perfect cuppa – Britain rules, every single day of the year.