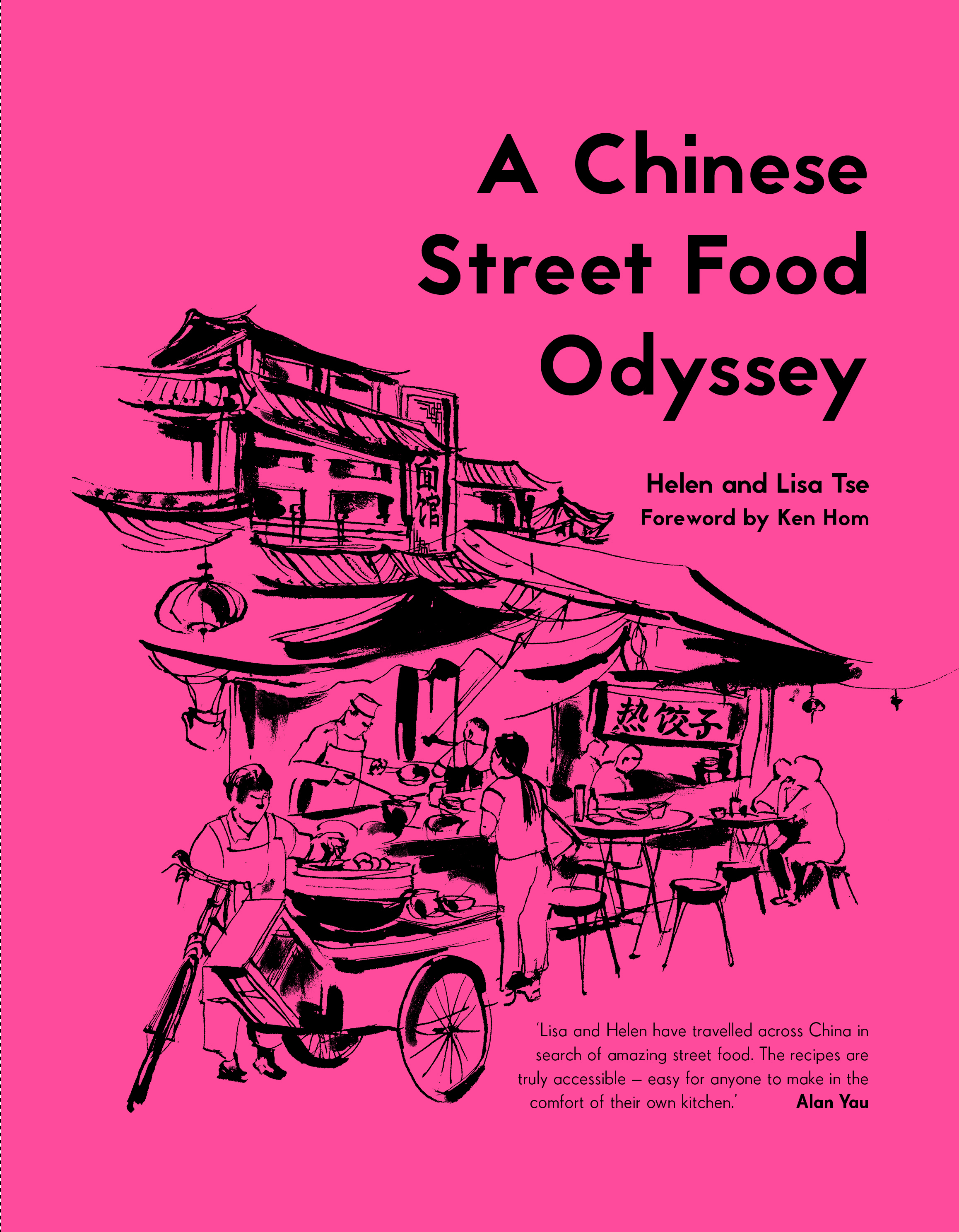 Lisa and Helen have travelled across China in search of amazing street food. The recipes are truly accessible – easy for anyone to make in the comfort of their own kitchen. Ken Hom

This beautiful book offers a real insight into the street food cultures of China and vividly evokes the smells and sounds of the markets. It’s the closest you may get to experiencing Beijing street food without actually being there, smelling the mix of aromatic spices, caramelized apples, barbecuing meats and steaming dumplings, with clouds of smoke and noisy bustle all around you, and red lanterns glowing above.

Over 100 recipes and a wealth of stories and insight into cooking methods bring this cuisine to life. All recipes have been carefully chosen to be achievable for the western cook.

Helen and Lisa Tse have set out to encapsulate that sense of excitement, awe, wonder and hunger for these morsels of street food: from soft fluffy bao, to hot fried chicken, from piping hot bowls of noodles, to coal-roasted squid, delicate tea eggs and bubble tea, this is food to truly excite the appetite and awaken a sense of adventure in the kitchen.

With a foreword from the master of Chinese cooking, Ken Hom, this is the essential book for the foodie bookshelf.

Helen and Lisa Tse became their family’s third generation of restaurateurs when they opened Sweet Mandarin in Manchester in 2004. The restaurant won Gordon Ramsay’s Best Local Restaurant on The F Word in 2009. In 2012 the sisters appeared on BBC TV’s Dragons Den and won a £50,000 investment to help them launch their range of Sweet Mandarin sauces, which they developed for their customers who suffer from coeliac disease. Since launching their range of sauces, which are stocked worldwide, they have been invited to Downing Street, and were awarded MBEs in the 2014 New Year Honours List for services to the food and drink industry. They have published two cookbooks so far, Sweet Mandarin Cookbook and Dim Sum, and Helen is additionally the author of a memoir Sweet Mandarin which is distributed to 33 countries and which has been optioned for a feature film.