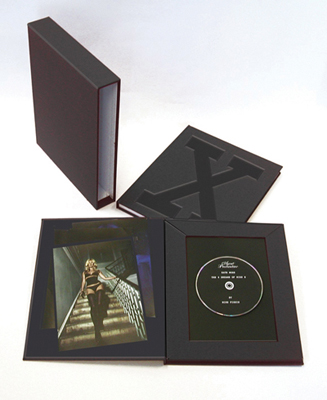 Shot in night vision, each film delicately captures a beautiful woman’s private dream experiences. First released online in 2006 and 2007, they are now brought together for the first time on DVD. Beautifully presented in a luxury display box, the limited-edition book complete with silk binding, is accompanied by the DVD of all four films and 5 limited edition prints of Kate Moss produced by Mike Figgis.