Arty! The First Artist in Space 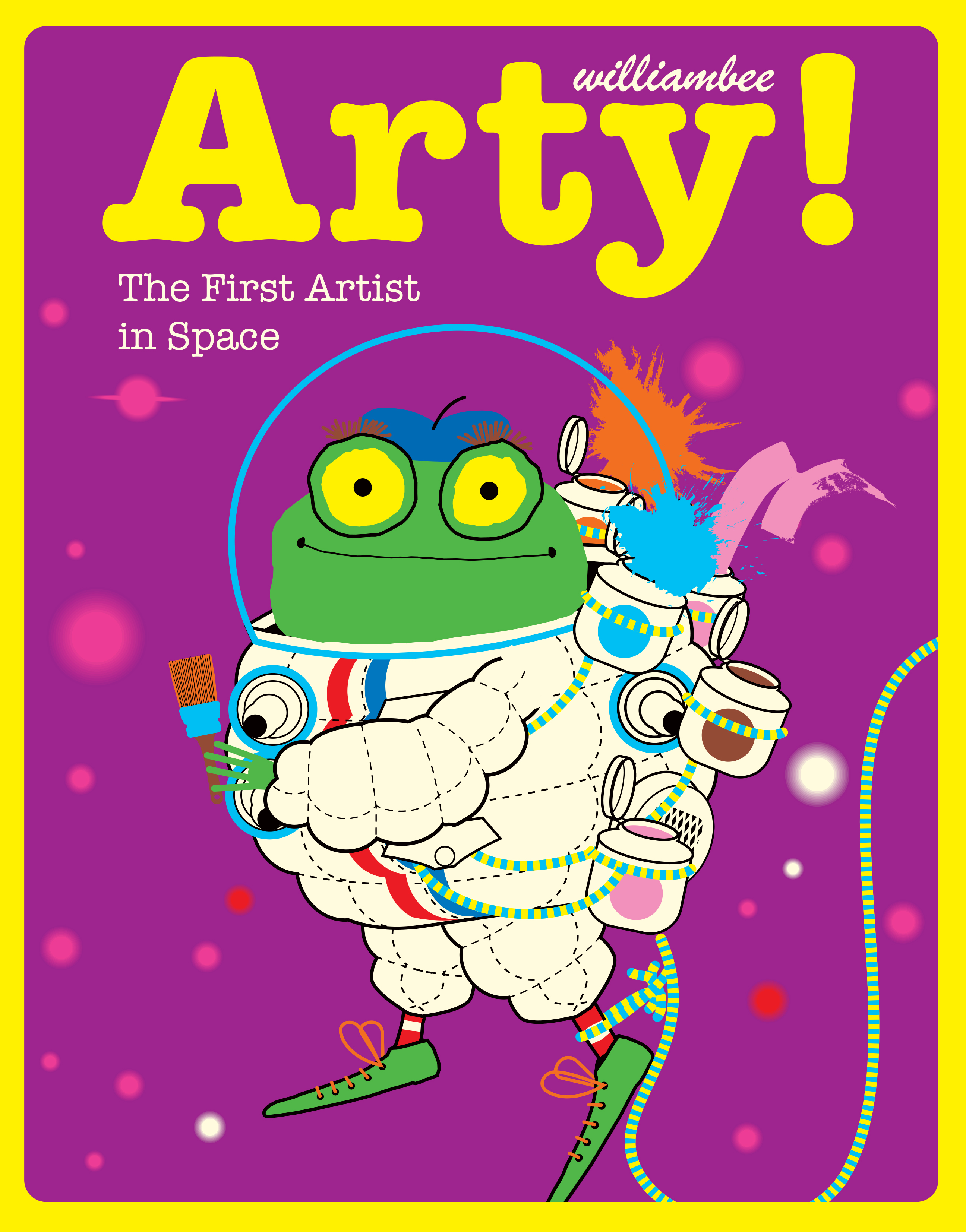 Arty the frog is an artist. In fact, he’s the greatest artist in the world. And now he’s about to blast off into space, to go where no artist has gone before. He is not happy about it, but Mr Grimaldi (who sells Arty’s paintings) is excited by the opportunity. After a number of uncomfortable space tests, Arty is ready for his artistic space mission. When he comes back, he has a great surprise for the scientists on Earth. Will they be pleased with his artistic endeavours or will they be hopping mad?

It’s one small step for Arty, one giant leap for art-kind in this latest adventure for everyone’s favourite frog. And on the 50th anniversary of the very first moon landings, what could be more timely?

William Bee was born in London, but now lives in the English countryside. As well as writing and illustrating children’s books, he races a vintage sports car, is an international skier, and when at home tends his lawns and meadow.

'It is weird, random and definitely stands out from the crowd!’

'... has plenty to say about art, imagination and creativity whilst being completely entertaining throughout.’

'Totally pricelessly hilarious from start to finish, this book is a blast; it’s absolutely guaranteed to make you giggle till your guts hurt as you follow one frog where no artist has gone before but where, courtesy of William Bee, readers will surely go – over and over.’

‘This is a hilarious adventure from a hugely talented storyteller and illustrator, which made us chuckle loads.’

'Another firm favourite from the talented William Bee! … Humorous and entertaining’

‘Wonderfully detailed illustrations enhance the story superbly and Arty’s a cute character who children will adore. Fun and unusual.’