Atlanta Then and Now® 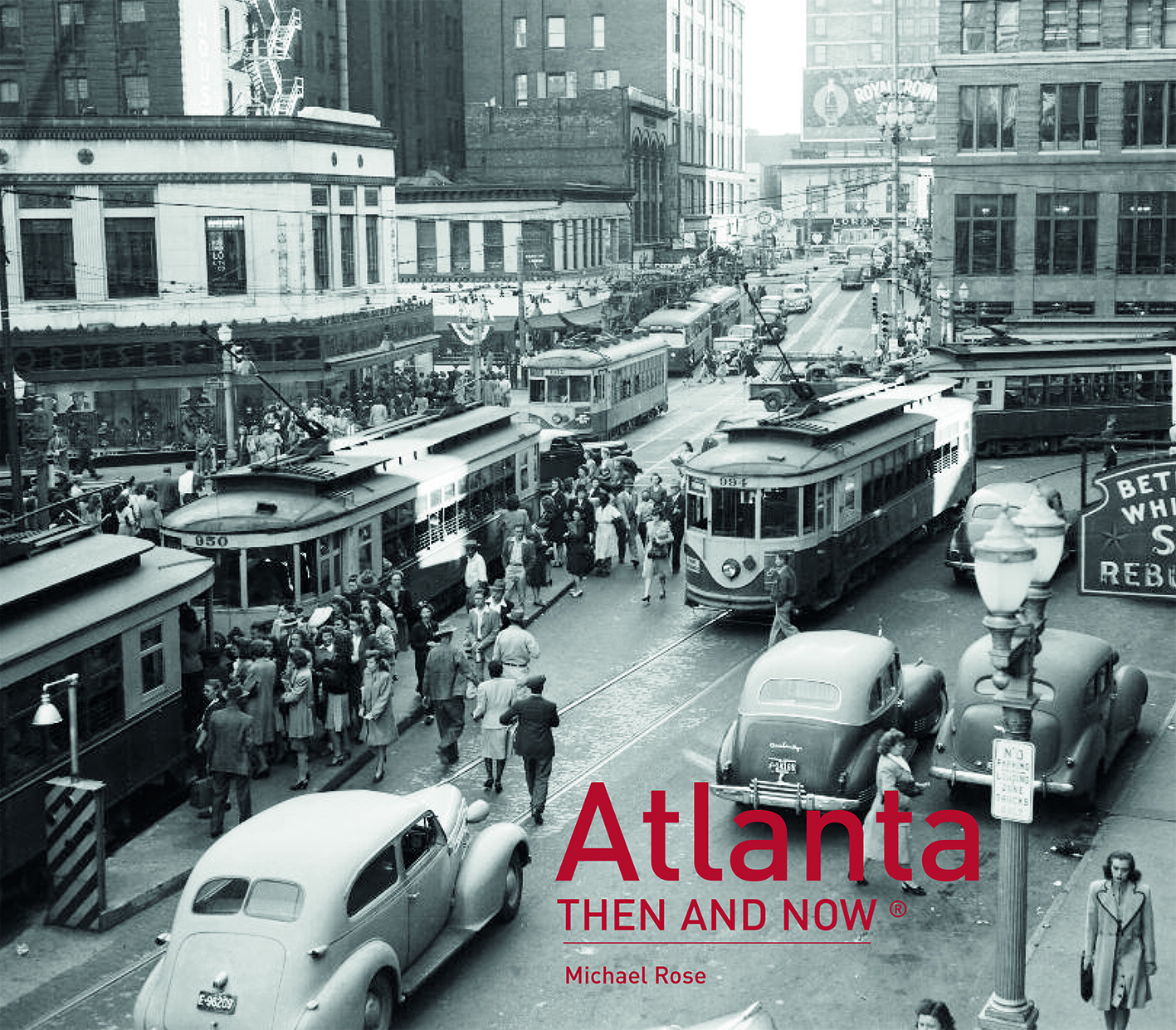 Archive and contemporary photographs of the same landmark sit side-by-side to show how "Gate City" became the bustling capital of the New South. Atlanta blends the old-Southern charm and hospitality of its history with the energy of the modern millennial city. Staked out in the 1837 wilderness of northeast Georgia, the site that became Atlanta was identified as the termination point for the as-yet unbuilt railroad line. Since that time, transportation has been key to the city’s growth, from its declaration as the Gate City of the South in 1857, its prominence as a distribution center during the Civil War, to its current designation as home of the nation’s busiest airport. At the end of the 19th century, Atlanta presented itself to the world in a grand international exposition; it closed the next century by bringing the world to Atlanta as it hosted the 1996 Centennial Olympic Games. Throughout this drive from rural terminal to urban metropolis, Atlanta has witnessed incredible growth. The scenes in this book document this change as the city’s tree-lined avenues and country crossroads gave way to high-rises, busy city intersections, and community growth. Atlanta: Then and Now is a captivating chronicle of history and change since the dawn of the camera age. It pairs historic photographs, many more than a century old, with specially commissioned views of the same scene as it exists today to show the evolution of Atlanta from its early years to the very different city that it is today. Sites include: Ellis, Hunter, Alabama, Marietta, Peachtree and Decatur Streets, Train Gulch, Cabbage Town, Inman Park, Georgian Terrace, Terminal Station, The Castle, and Margaret Mitchell Square

Michael Rose has lived and worked in Atlanta for twenty years. He is currently Director of Archives and Research Services at the Atlanta History Center’s archival facility, the James G. Kernan Research Center. He has worked for many years in the museum, gallery and archival fields, and has written three previous books on Atlanta, including the best-selling Atlanta Then and Now.