Austin Then and Now® 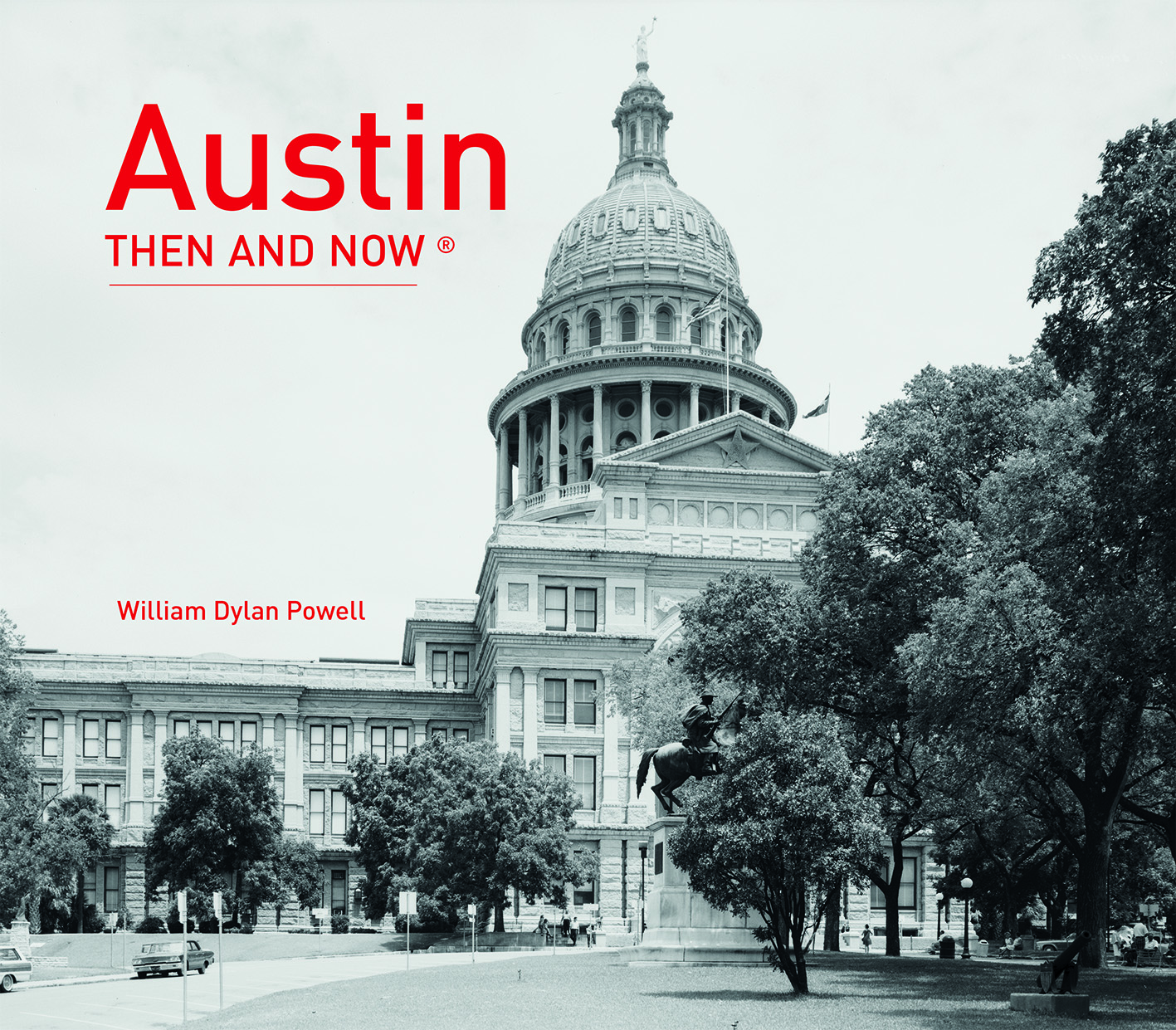 Extensively revised, redesigned, Austin Then and Now® puts archive and contemporary photographs of the same landmark side-by-side to showcase the city’s past. Austin is known for its impressive streets and period architecture, particularly the imposing State Capitol and the view down Congress Avenue. It offers a blend of outstanding natural attractions including Barton Springs and Town Lake, as well as international venues such as the stunning new Circuit of the Americas, the home of the U.S. Grand Prix. From its beginnings as a sleepy village to its current position as the Texas state capital, Austin has witnessed incredible growth. This captivating chronicle of a fascinating city matches historic images with specially commissioned views of the same scenes as they appear today. Locations include Driskill Hotel, Sixth Street, O. Henry Museum, Pierre Bremond House, Paramount Theatre, Millet Opera House, Texas Capitol, St. Mary’s Cathedral, Lundberg Bakery, Old Travis County Courthouse, Governor’s Mansion, Old Land Office, Moonlight Towers, Custer House, University of Texas Tower, Pemberton Heights, Texas State Hospital, Barton Springs, and Circuit of the Americas.