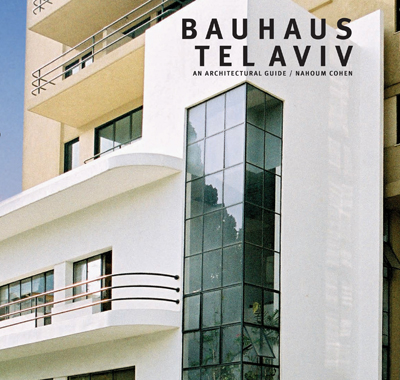 Israeli architecture was and is still influenced by the International Style, and specifically by the Bauhaus school, with some local modifications. The Bauhaus approach to design began permeating into what was then Palestine under the British Mandate, and developed quickly and strongly in the emerging state of Israel. The International Style was introduced into the country by young architects, many of German extraction, some of whom had trained or taught at the Bauhaus, most of whom came with their families to escape Nazism. Others came from Russia and Poland, competing their studies in Europe, absorbing the then emerging ideas of the International Style. The will to build a new society, uninfluenced by older European traditions caught on readily, and the simple forms of the Bauhaus were applied.

Tel Aviv contains up to 1000 buildings in the Bauhaus idiom, designed using simple geometry, usually inexpensive buildings on small, regular parcels of land. The technology was simple; using plastered and stuccoed block and concrete construction in a country lacking the elaboration of more traditional and expensive materials. This book describes a heritage that is only now being conserved and appreciated.

Nahoum Cohen is an architect and town planner based in Tel Aviv. He teaches and writes on the subjects of town planning and urban conservation and has been responsible for restoring several important Bauhaus buildings in the city.