Best in Show: Knit Your Own Farm 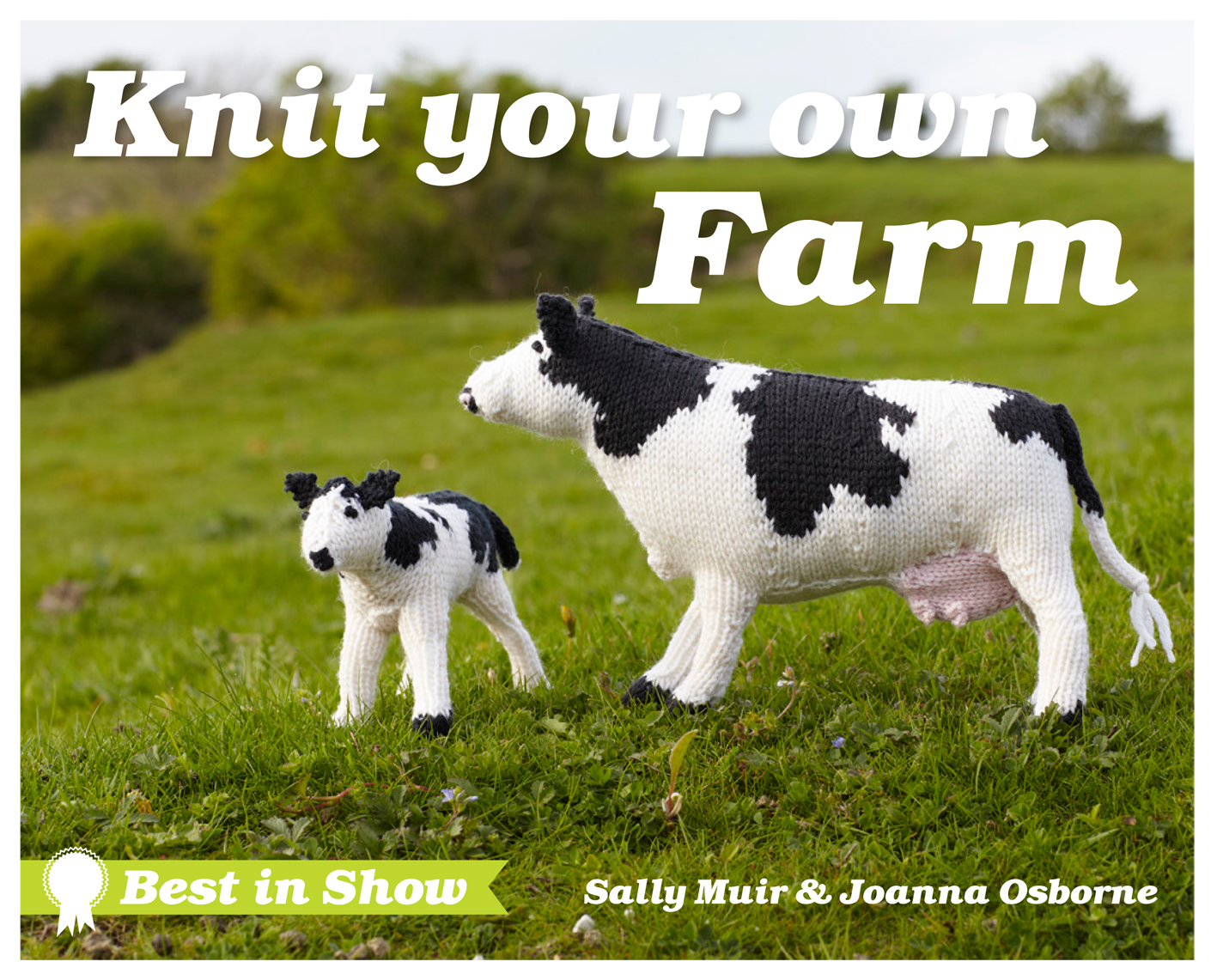 The Best in Show series is an outstanding success. Sally Muir and Joanna Osborne are back with a collection of new patterns for farm animals. There is something here for everyone, with instructions for large farm favourites such as cows, bulls, horses and pigs as well as cute chicks, lambs and piglets.

The animals are surprisingly easy to make. It will only take a few evenings to create yourself a loveable companion. These knitted animals in miniature are much easier to look after than the real things – they don’t need feeding, they won’t make a mess and they take up hardly any room.

Join this evocative tour of the farmyard, with all the different animals you could hope to meet. Patterns include sheep and lamb, cow and calf, pig and piglet, goat and kid, chicken and chick, goose and gosling, horse and foal, llama, donkey, bull and even a rat.

Idiosyncratic descriptions of the various species accompany beautiful photography, making this book irresistible for both keen knitters and animal enthusiasts.

Joanna Osborne is one half of the knitwear business Muir & Osborne as both a designer and author. With her partner Sally Muir, Muir & Osborne export their knitwear to stores in the United States, Japan and Europe as well as selling to shops in the United Kingdom. Several pieces of their knitwear are in the permanent collection at the Victoria and Albert Museum, London. They have published seven knitting pattern books that include Best in Show, Knit Your Own Dog, (also Cat, Pet, Zoo, Farm and Dinosaur) and the children’s book Patch’s Grand Dog Show.

Artist Sally Muir is based in Bath, UK and is a prodigious portrait painter of dogs. Other subjects include human portraits and landscapes, as well as the occasional rodent and bird. For years Ms. Muir focused on her knitwear business Muir & Osborne as both a designer and author. With her partner Joanna Osborne, they have published seven knitting pattern books that include Best in Show, Knit Your Own Dog, (also Cat, Pet, Zoo, Farm and Dinosaur) and the children’s book Patch’s Grand Dog Show. Ms. Muir returned to university as a mature student with a concentration on Fine Art. Children’s portraits gave way to dog portraits. Muir is the recipient of many awards and her work appears regularly in galleries. She accepts and enjoys commission work — dogs and humans alike.