Birmingham Then and Now® 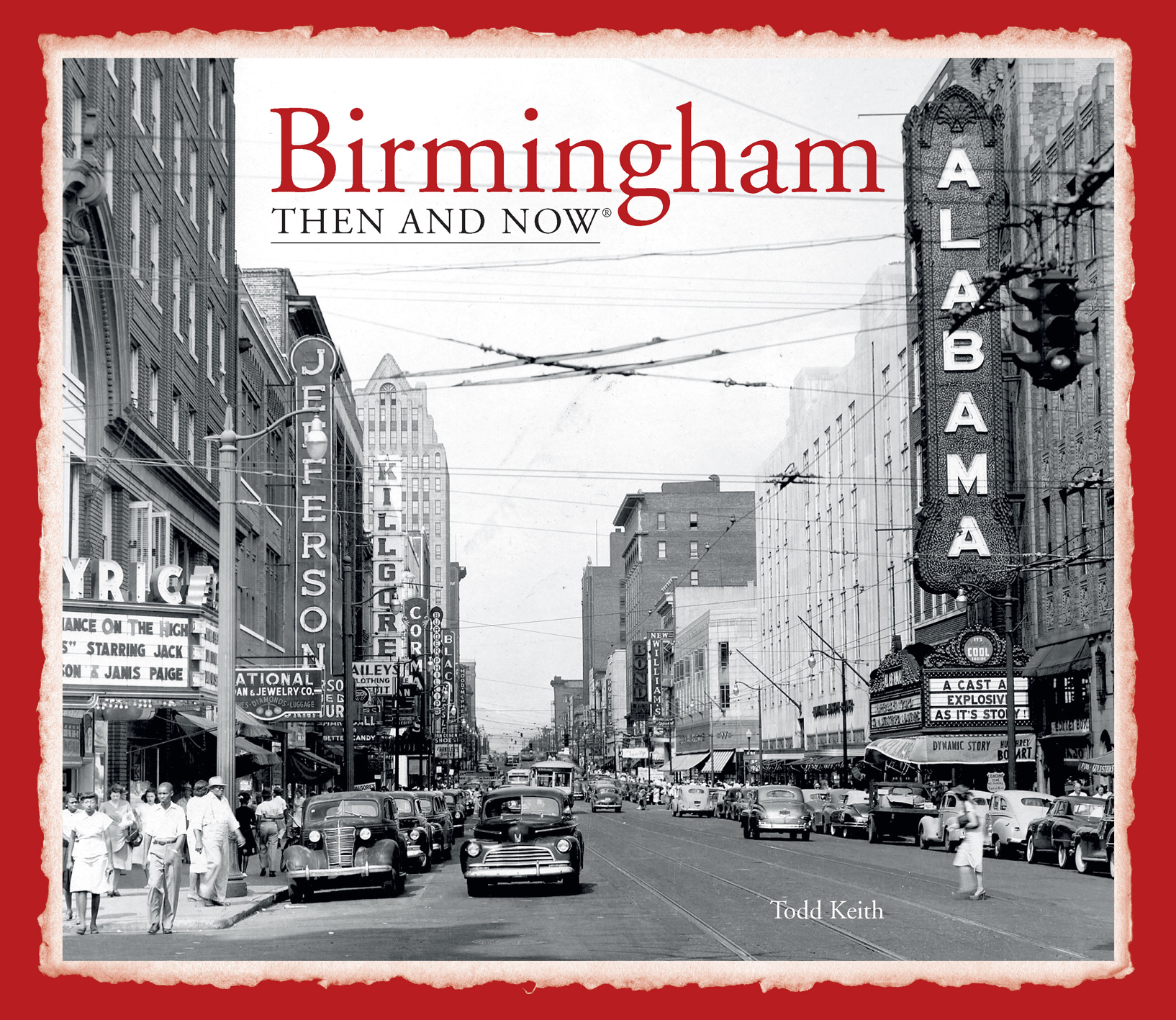 A late arrival on the Southern landscape, the city of Birmingham was not incorporated until after the Civil War. In fact, from 1820 to 1871, what is now Birmingham was known as the hamlet of Elyton, a small crossroads set in the rolling foothills of the Appalachian Mountains where several Pony Express and stage routes crossed paths. When two railroads eventually intersected at this point—where, significantly, all the ingredients necessary to make iron existed in close proximity—the region’s growth exploded. Birmingham’s history is not a story of the grace and vanished grandeur of an antebellum past, but rather, a dynamic story of modern American industrialization.

Alabama native Todd Keith is the author of The Rivers of Alabama and Cahaba: A Gift for Generations, as well as Old Cahawba, a history of Alabama’s first state capital. He has written for magazines such as National Geographic Traveler, Coastal Living, and Robb Report. In his role as a senior contributor for Executive Traveler magazine, he has covered destinations as varied as Iceland, Argentina, South Africa, Switzerland, and Mongolia. Keith’s latest endeavor is Thicket, a lifestyle magazine about his home state. He lives in Birmingham with his wife, Julie, and two sons, Collins and Fletcher.