The Story of an Incredible Skateboard Journey across Australia 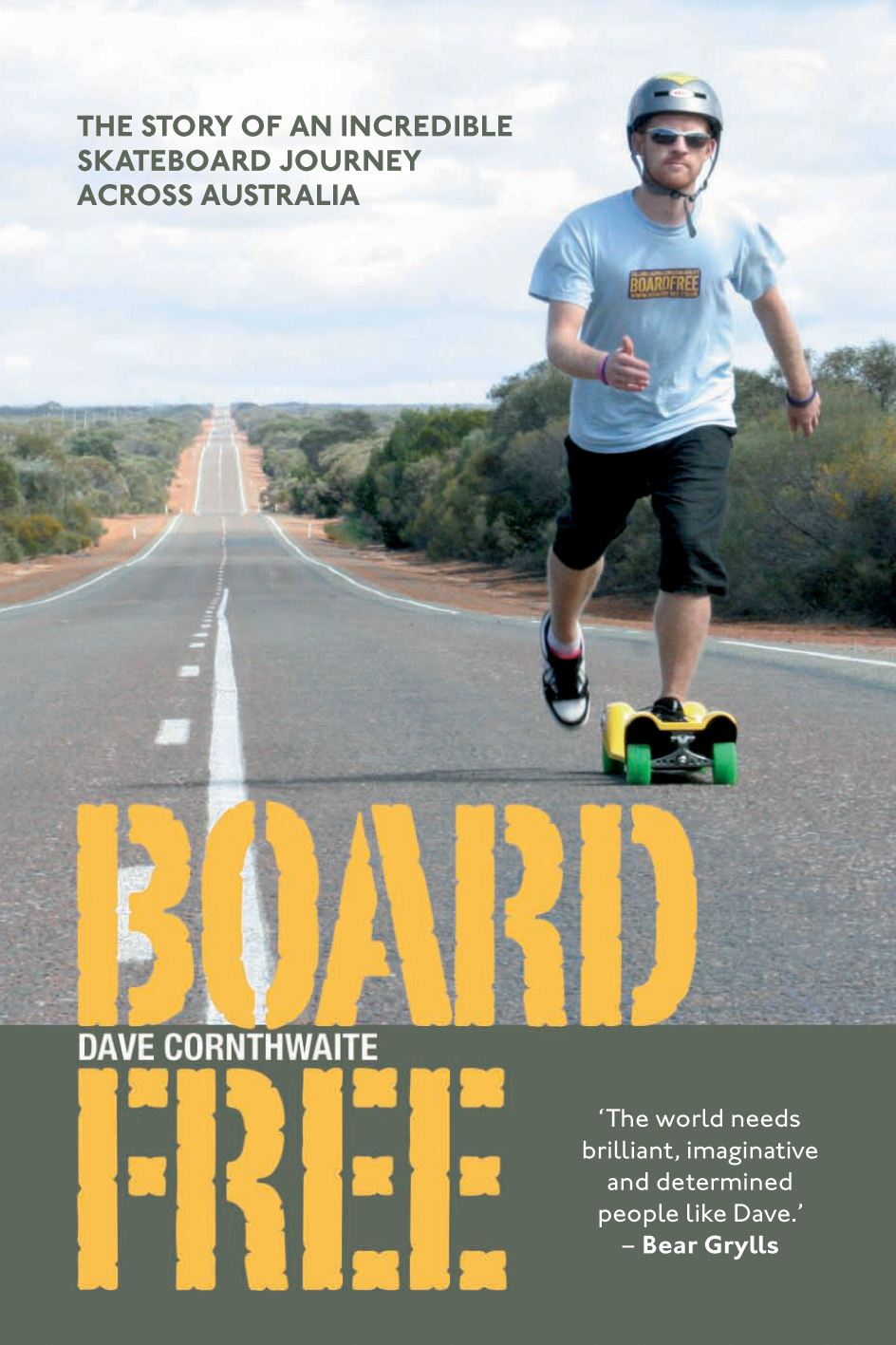 As Featured in the Guinness Book of Records, this is the thrilling, inspiring story of Dave Cornthwaite’s epic journey down-under by a most unusual form of transport. Tired of the nine-to-five, Dave decided one day that he needed a change – a big change. And so he jumped on his RollsRolls longboard (the Land Rover of skateboards) and broke a world record, skating the length of Great Britain. Not content with such glories, he decided to go one better and during the second half of 2006 skated from Perth to Brisbane, a distance of 4,500 miles – raising money for three childrens’ charities in the process and earning a reputation as a mad pom.

This is the story of Dave’s motivation, his stamina, and his enduring good spirit in the face of a huge challenge. Grippingly written and with fantastic photos from Dave’s collection, this is an unputdownable real-life adventure story.

Dave amassed loads of news coverage in Australia and around the world during his journey and will return to Australia later in 2007 to attempt another world record and to conduct an extensive speaking tour.