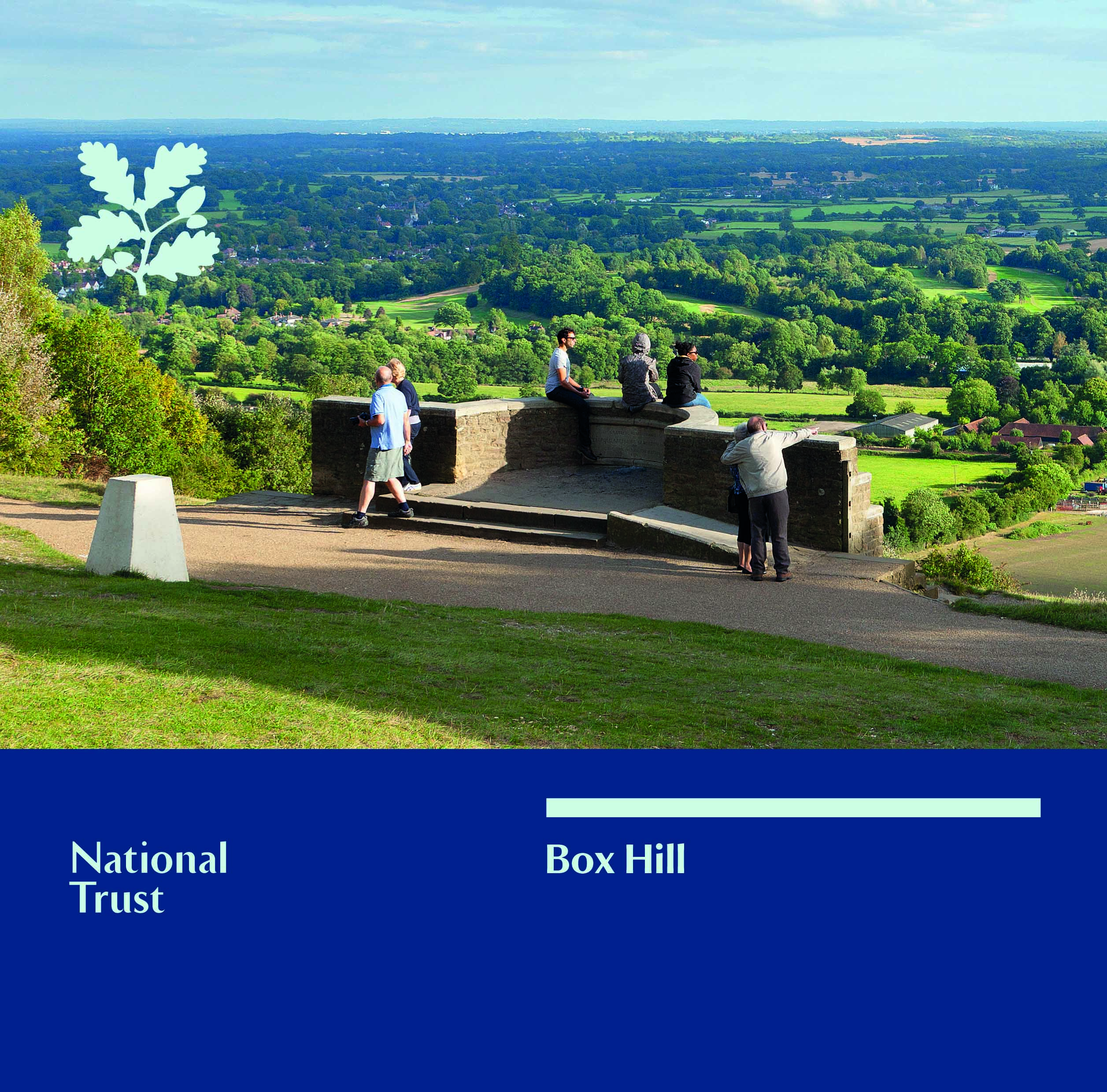 Forming part of the North Downs, Box Hill has long been famed for its breathtaking views across the surrounding countryside. Its rich bio-diversity supports many species from butterflies to rare orchids and wild flowers. Challenging even to athletes, Box Hill’s steep climbs regularly host cycle races alongside a wide range of leisure activities. The history of the hill includes Bronze Age burial mounds, the remnants of Celtic fi eld margins, Roman Stane Street and rabbit warrens from Box Hill’s farming days. Bats now roost in the 19th-century Old Fort, once part of the London Defence Scheme, set up to be ‘the last ditch attempt to save the capital of the world’s largest Empire’. Jane Austen used the hill in Emma (1815) as the setting for a picnic, such was its reputation, which was only enhanced in the middle of the century when day-trippers from London began flocking there in their hundreds on the newly-opened railway. It was saved for the nation in 1914 when Leopold Salomons gave its 230 acres to the National Trust to stop it from being turned into a housing estate. Large swathes of chalk downland support a great diversity of plants, with over forty diff erent species in some areas. These include beautiful and rare orchids, wild flowers and herbs which attract hundreds of similarly rare insects, including over forty-one different butterflies. Recently, the Olympic road race circuit brought international athletes to the challenging Zig Zag road and put it on the international map, thanks to a global multi-million TV audience. Box Hill is well and truly a destination for cycling, Team GB’s Mark Cavendish describes it as ‘a perfect little loop’. Beautifully-illustrated throughout with stunning new photography and historic images, this guide chronicles the story of Box Hill. Including several walks, the bird’s-eye map is the perfect companion for the long-distance walker or casual weekend stroll.