Brooklyn Then and Now® 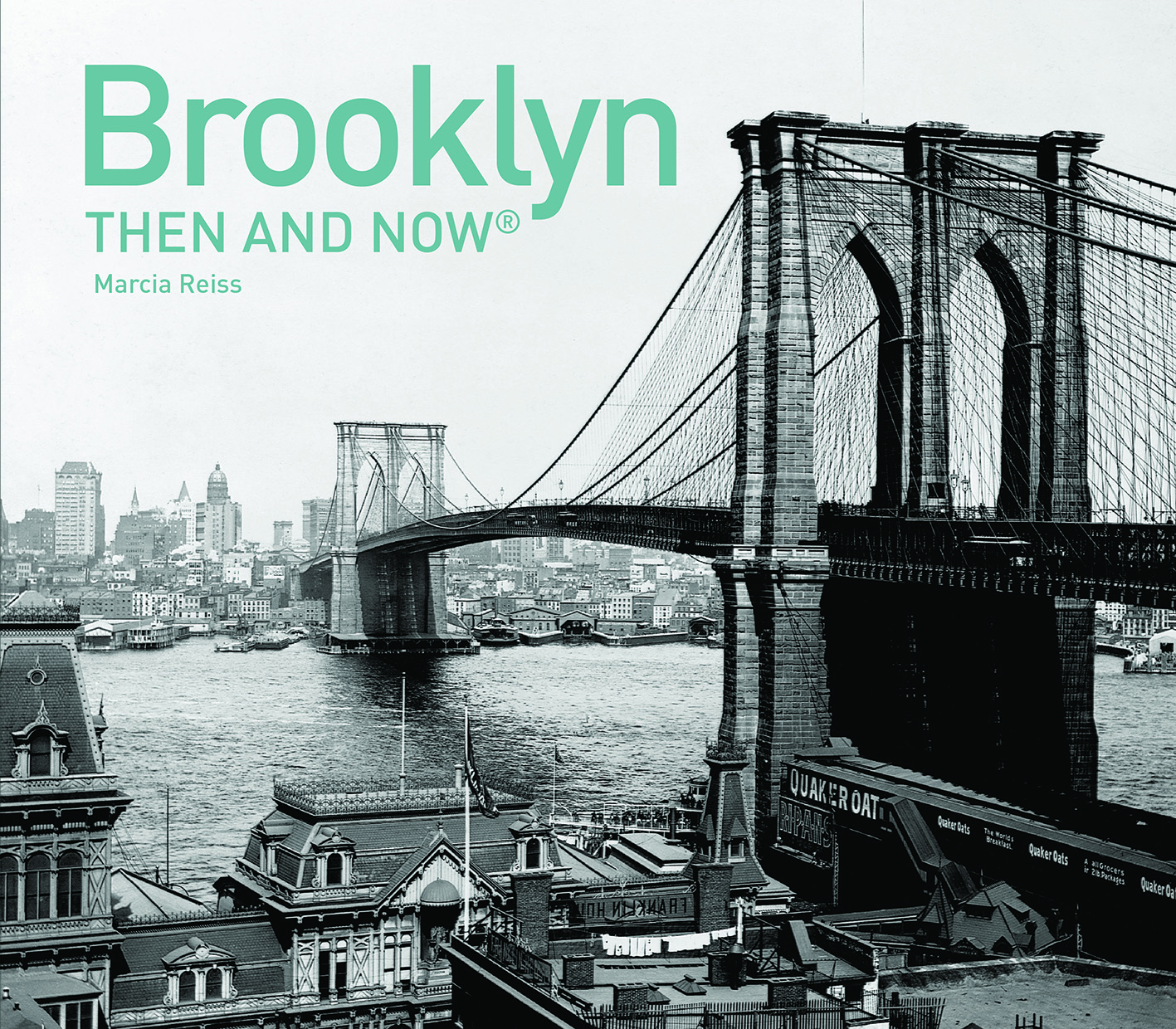 Putting archive and contemporary photographs of the same landmark side-by-side, Brooklyn Then and Now® provides a visual chronicle of the city’s past. Brooklyn possesses a rich history and culture. The Brooklyn Bridge, Brooklyn Dodgers, and Coney Island are icons as well known as Manhattan’s skyline. Home to more than two million people, the borough—one of five that comprise New York City—has had many faces over the course of its fascinating history. Just across the East River from Manhattan, Brooklyn is an 81-one-square-mile peninsula that also borders New York Harbor and the Atlantic Ocean. In 1834, Brooklyn became a city in its own right and in the second half of the 19th century, a major center of industry. Its green coastline sprouted tall ships, towering grain terminals, glass and porcelain factories, and massive sugar and oil refineries—some of the largest in the world. Thousands of immigrants— including those from Ireland, Germany, Norway, Italy, Poland, and Russia—poured into the city to work in the factories and refineries. Fueled by shipbuilding and industrial growth, Brooklyn became the nation’s third most populous city by the time of the Civil War. It built civic and cultural showpieces, a stately city hall and art museum, and the 526-acre Prospect Park, which rivaled Manhattan’s Central Park. But, Brooklyn’s city status did not last the century. In 1898, despite fierce opposition from their political leaders, local residents voted by a slim margin to give up their independence and join the great consolidation of boroughs that formed New York City. The new borough maintained its own identity, however, its residents taking pride in calling themselves "Brooklynites," a special breed of New Yorkers. Descendants of 19th-century immigrants keep up the ethnic traditions that have characterized Brooklyn neighborhoods for generations. Brooklyn Then and Now illustrates this vibrant, ever changing borough’s transformations.