Charlotte Then and Now® 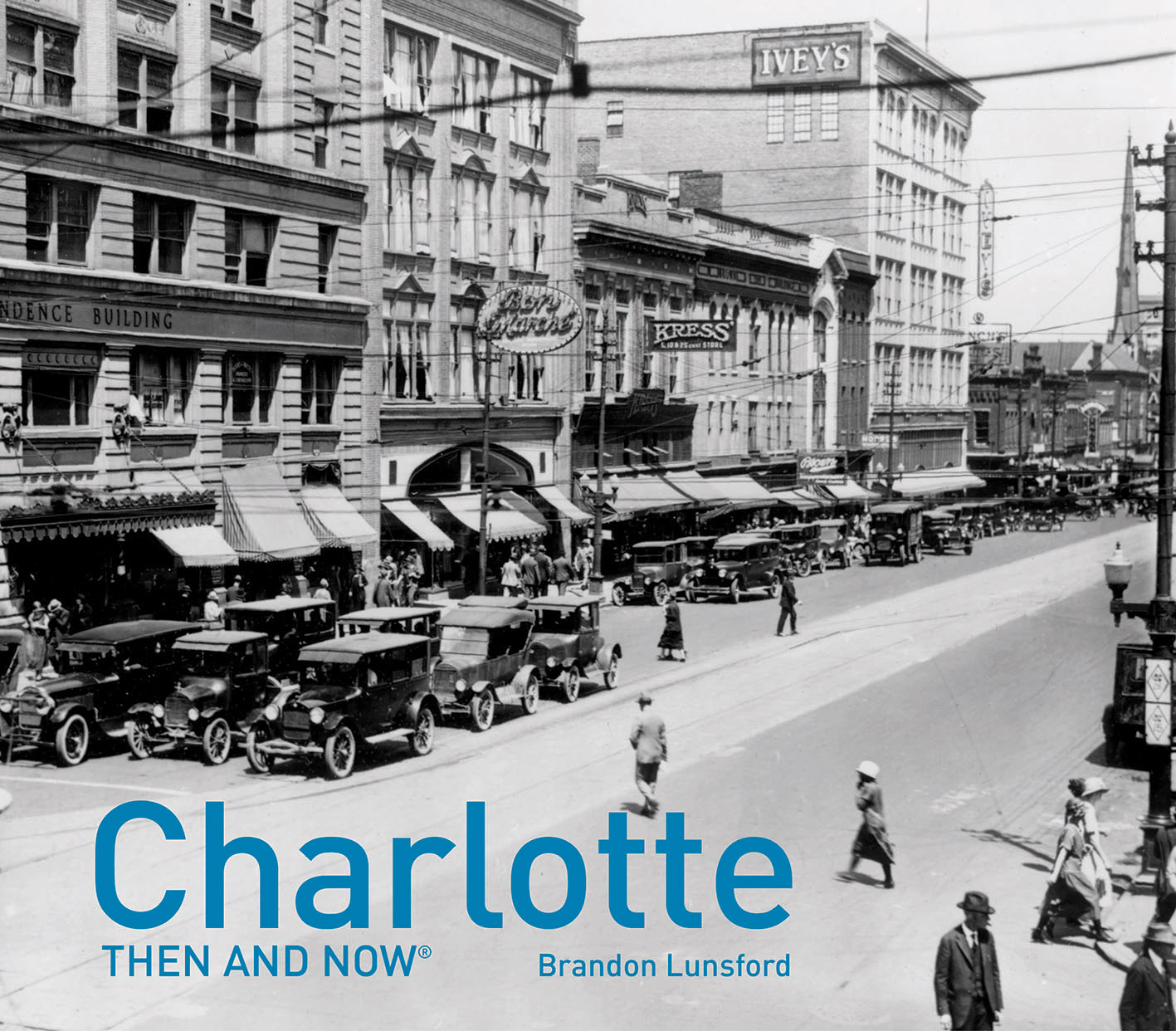 Charlotte Then and Now is one of the latest revised ‘Then and Now’ titles in the 3-million selling series from Anova Books. It pairs vintage pictures of Charlotte and its growing suburbs with pictures of the sites as they look today.

Charlotte has become the fastest growing city in the Southeast. Home to two of the three major banks in the United States, it has gained major prominence as a financial center.

It began as one of several small courthouse villages in the Carolina Piedmont but grew after the discovery of gold nearby. In the years following the Civil War Charlotte became a symbol of the New South transitioning from agriculture to industrialism at the heart of the pidemont’s textile industry. By the turn of the century, skyscrapers, department stores and congested streets testified to the expansion of the little crossroads village of the early 1800s.

This easily accessible history of Charlotte is told using vintage photos, some taken just after the Civil War, right up until the 1960s. Readers can see how much or how little has changed in the intervening years.

Brandon Lunsford is a native of Salisbury, North Carolina, and has lived in Charlotte since 1996. He has worked at the Charlotte Mecklenburg Historic Landmarks Commission and the Charlotte Museum of History. Brandon has a Master’s Degree in Public History from the University of North Carolina.