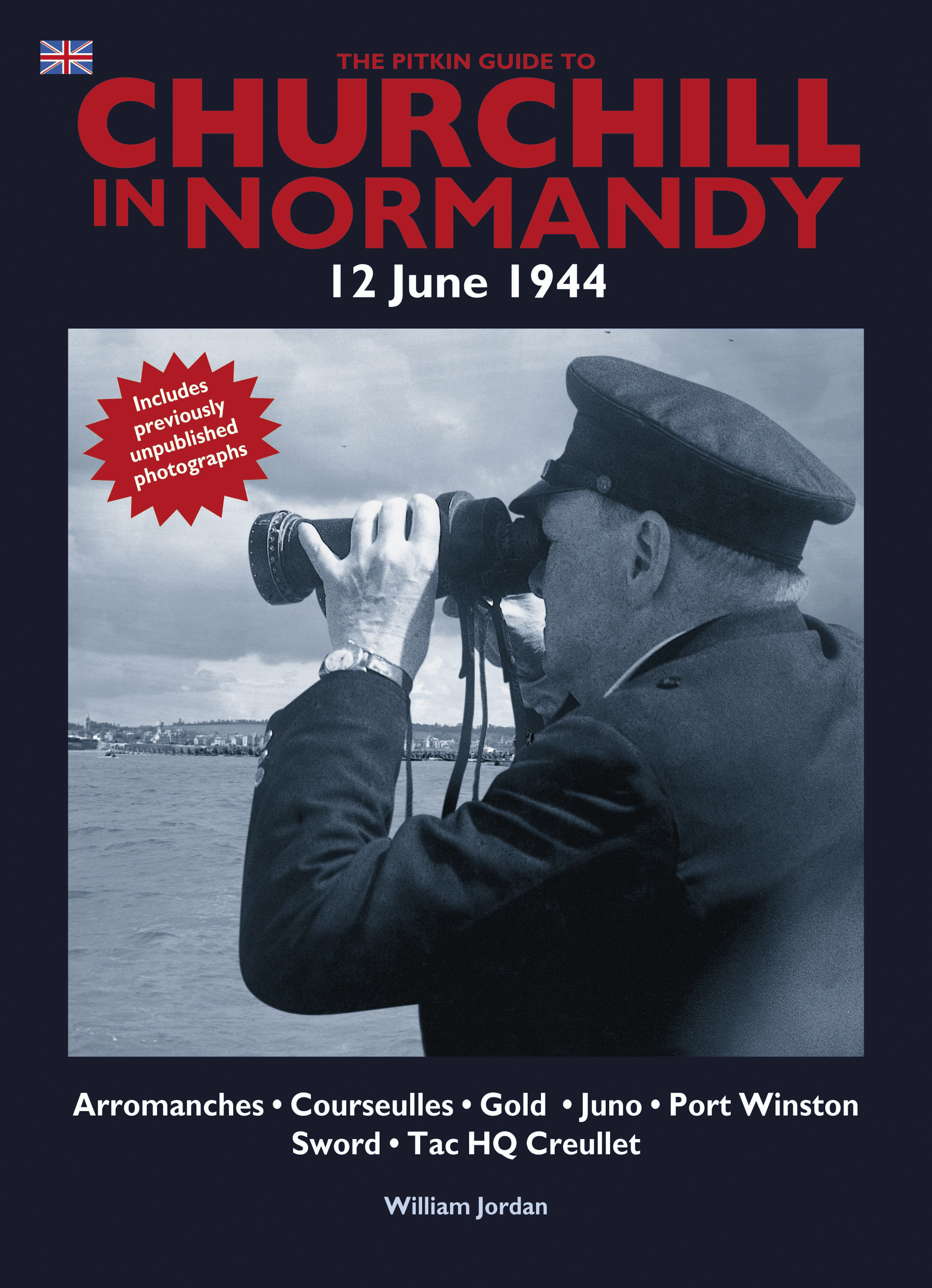 On 12 June 1944, Winston Churchill crossed the English Channel to visit the Normandy beachhead. Relishing danger, he had insisted on coming on D-Day itself: ‘Nothing,’ he said, ‘is more exhilarating than being shot at without result.’

At first, the King George VI also wished to join the fleet on D-Day, but when persuaded of the danger of this plan, he attempted to dissuade Churchill too. The Prime Minister eventually deferred, and delayed his trip. This comprehensive and informative guide covers the Prime Minister’s visit in great detail. William Jordan explores Churchill’s crossing on the destroyer HMS Kelvin, the party on Juno Beach and Churchill’s time in Courseulles-sur-Mer, the events of Churchill’s ‘jolly day’ as he put it visiting the beaches and inland.

Many millions have followed his footsteps since, but none had so privileged a view as Churchill did that summer’s day. Here, in the words of those who witnessed the great man’s progress, and through photographs – many previously unpublished – we relive the events of that day.