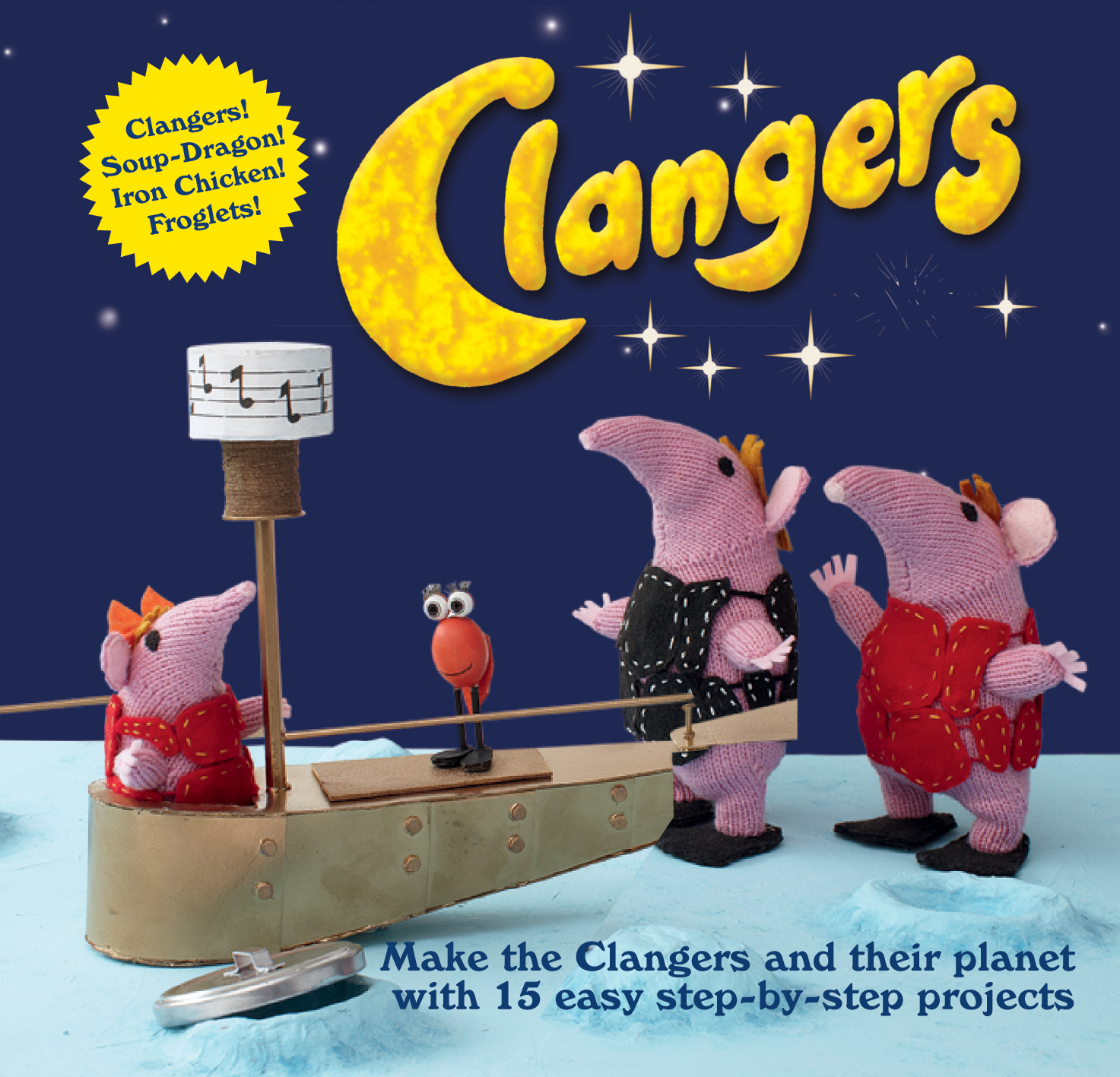 The Clangers live on a blue cratered moon, far away in space. They make their homes in underground caves, with saucepan lids protecting the entrances. Resembling small pink anteaters, the adorable knitted Clangers have transfixed audiences for the past forty years.

This fantastic book will allow you to knit your own Clanger. Choose from Major, Mother, Granny, Small and Tiny. Also includes instructions on making the friends of the Clangers  – the Soup Dragon, Iron Chicken and of course the Froglets. There are insider tips and tricks to create your very own Clanger planet with step-by-step instructions for Tiny’s boat and Major’s rocket as well as sets and trees. Learn how to make scenery, backdrops and props, and perfect that distinctive Clanger whistle!

Made by Smallfilms, Oliver Postgate and Peter Firmin’s series Clangers started in November 1969, just four months after NASA’s moon landing. The programmes were originally broadcast by the BBC from 1969–1972 and a new series, narrated by Michael Palin, began in June 2015.

Peter Firmin is the cofounder of Smallfilms, which produced popular children’s television programs Clangers, Noggin the Nog, Ivor the Engine and Bagpuss.