In The Dock with the Rich and Famous 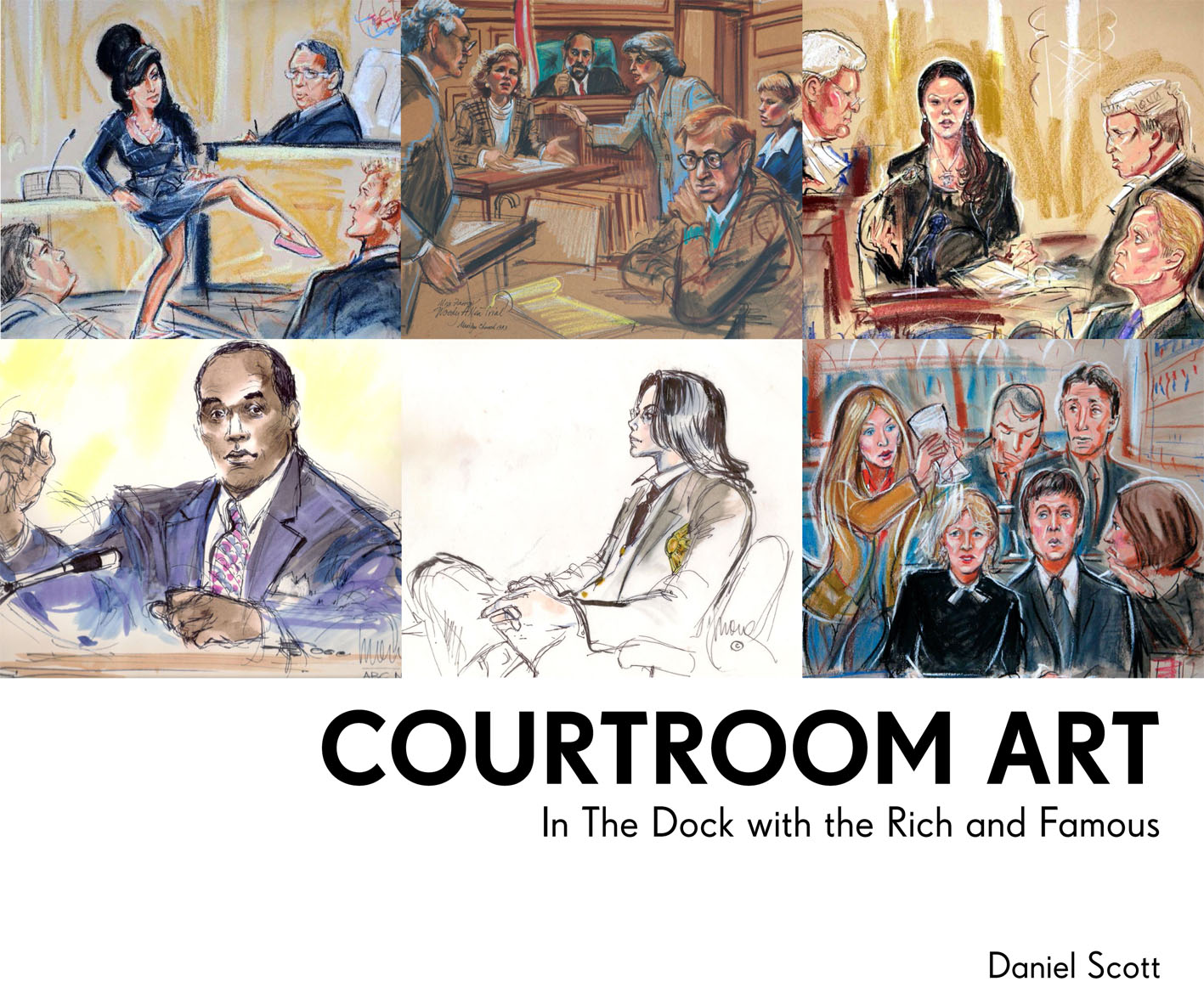 ‘I’ve been waiting for a book like this for years, and this is the best I could have hoped for. Daniel Scott’s pithy summaries are always as crisp and appealing as a freshly sharpened HB.’
Bob Stanley

‘Daniel Scott’s scholarly celebration of what must at times seem like the most thankless job in the room is every bit as compelling as the scenes it depicts.’
Pete Paphides

The modern rise in celebrity culture has seen a huge boom in courtroom art, with TV news programmes and newspapers commissioning artists to provide images of the latest celebrity court case, sketched hastily to catch the evening news or morning editions. From Charles Manson to Marilyn Manson, Michael Jackson to Princess Anne, Jeffrey Archer to Lindsay Lohan, all have been depicted trying to clear their names not always successfully. Courtroom Art is the first survey of courtroom artists’ work, which, with upcoming changes in the rules about photography in court, may not be with us for much longer. It contains over 100 images from the world’s key courtroom artists, depicting celebrities as diverse as Mohammed Al Fayed and Tom Cruise, and capturing some unforgettable moments: Winona Ryder’s demure new courtroom image in 2002, Heather Mills McCartney throwing water over her estranged husband’s lawyer in 2008, and Nigella Lawson confessing to cocaine use in 2013. Accompanied by exclusive insight from the artists, and descriptions of the court cases they illustrated, this book is a fascinating record of this unique art form.

Daniel Scott has worked in publishing for over 20 years, including Phaidon and Tate Publishing, where he was Sales Director and Atlantic Books, where he was Managing Director.  He lives in London with his wife and two sons.