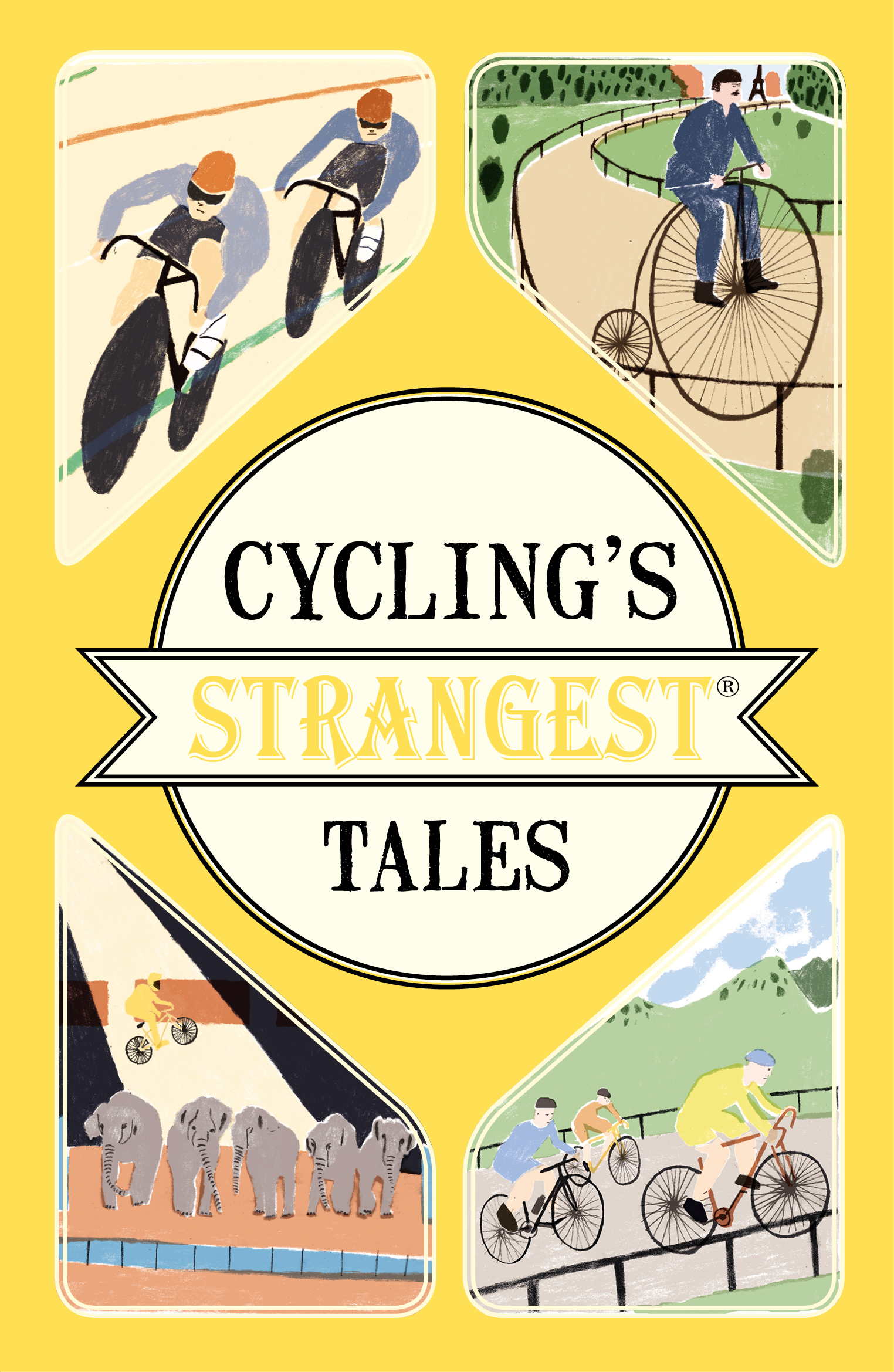 Extraordinary but true stories from 200 years of cycling history.

Part of the bestselling Strangest series, Cycling’s Strangest Tales is a quirky and fascinating collection of stories from cycling’s history. Included are stories of Thomas Stevens, the doughty Englishman who circumnavigated the world on a penny farthing, the 1904 Tour de France winner who was disqualified for catching the train, the 1937 Japanese invasion of China spearheaded by 50,000 bicycle-mounted troops, and the man who soared over nine circus elephants on an ordinary yellow bike. The stories come from every corner of the cycling world, whether it’s the open road, the velodrome or the BMX track.

Brought bang up to date for 2017 with a selection of new stories, Cycling’s Strangest Tales is the perfect gift for anyone who’s in love with life on two wheels.