Detroit Then and Now® 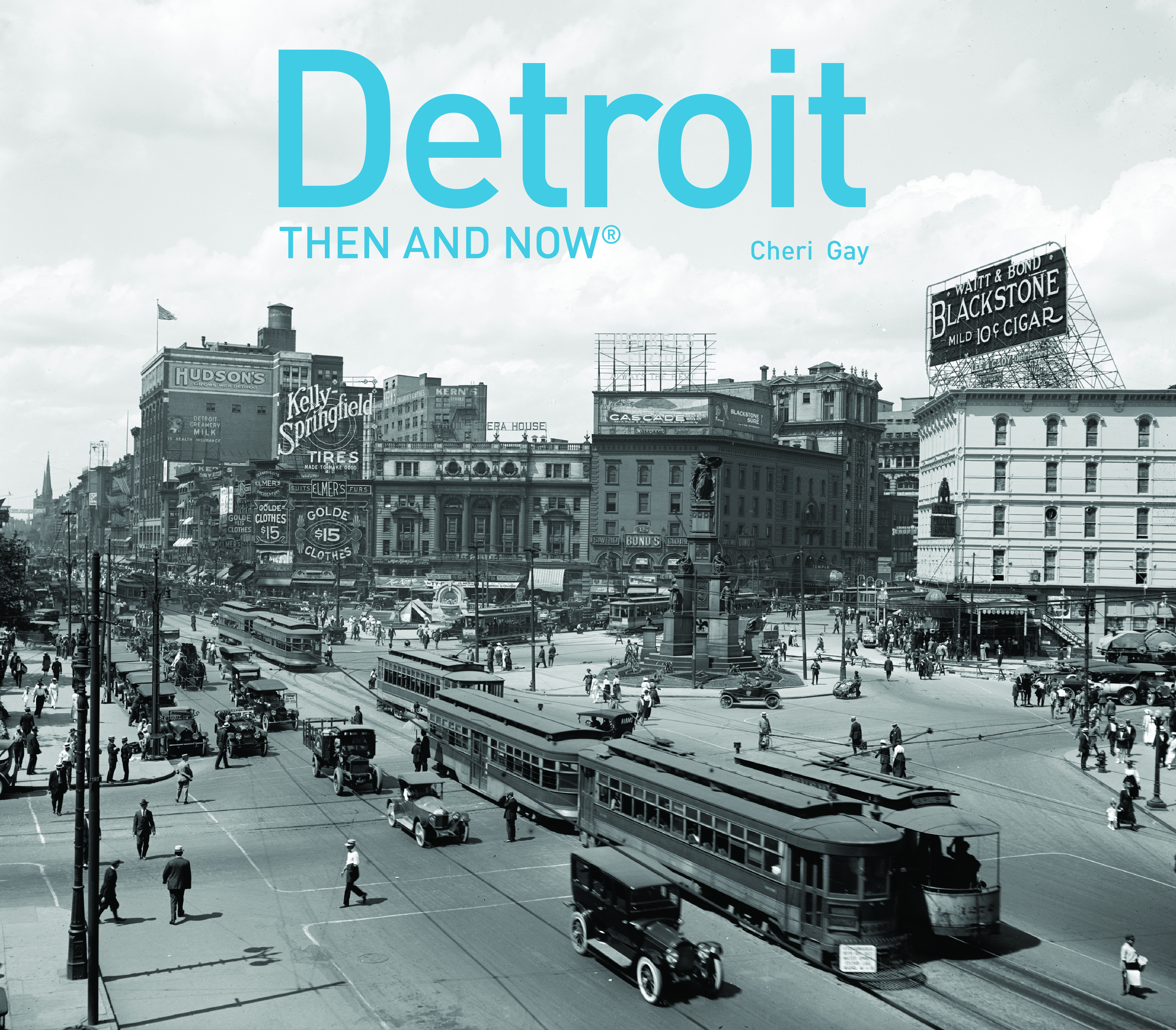 Founded in 1701 by Antoine de le Mothe Cadillac as a trading post and fort, Detroit had a turbulent early history. Captured by the British in 1760, ceded to the United States in 1783, and destroyed by fire in 1805, Detroit nevertheless prospered throughout the nineteenth century because of its strategic position. The twentieth century saw the rise and demise of the auto industry and despite the city’s troubled recent past, a new Detroit is rising to meet the economic challenges of the twenty-first century. This book is a fascinating document of history and change in one of the United States’ most important cities.

Cheri Gay has lived in and around Detroit for over forty years. A graduate of the University of Michigan and Wayne State University, she has spent more than twenty-five years at the Detroit Public Library in a variety of roles, most recently as Photo Archivist in the Burton Historical Collection. She is the author of the best-selling Detroit Then and Now and also Lost Detroit.