Pursuing memories of '66 onward to Brazil 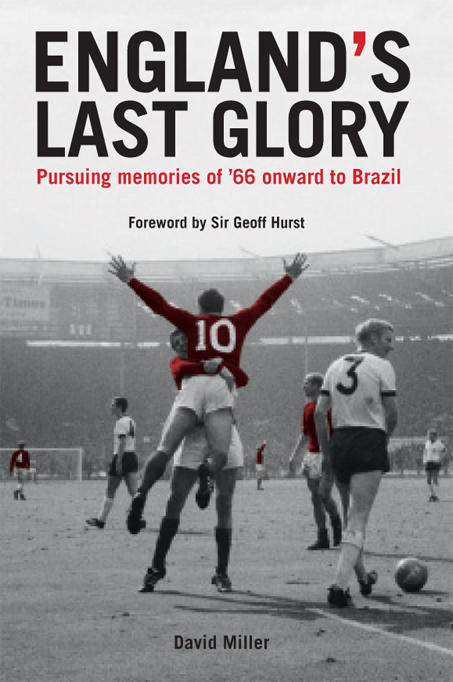 In a wonderfully nostalgic book, David Miller recaptures the heady days of summer 1966 when England won the World Cup in front of their own euphoric fans. Nearly fifty years on, he evokes the eager anticipation with which Britain awaited the arrival of the world’s best footballers; how the England team and its tactics took shape in the run up to the competition; the new ‘wingless’ formation and the widespread criticism from the press and the public. This general pessimism gave way to mass adulation as England vindicated the revolutionary tactics of manager Alf Ramsey.

The book includes profiles of the England players and their manager and assesses the major competition from Europe and South America. It details the progress of the team, their injuries and controversies, through to the sensational final against West Germany. Enriched with archive photographs and personal recollections from the players themselves, Miller reveals how Ramsey’s triumph changed the world game.