Everything You Know About Animals is Wrong 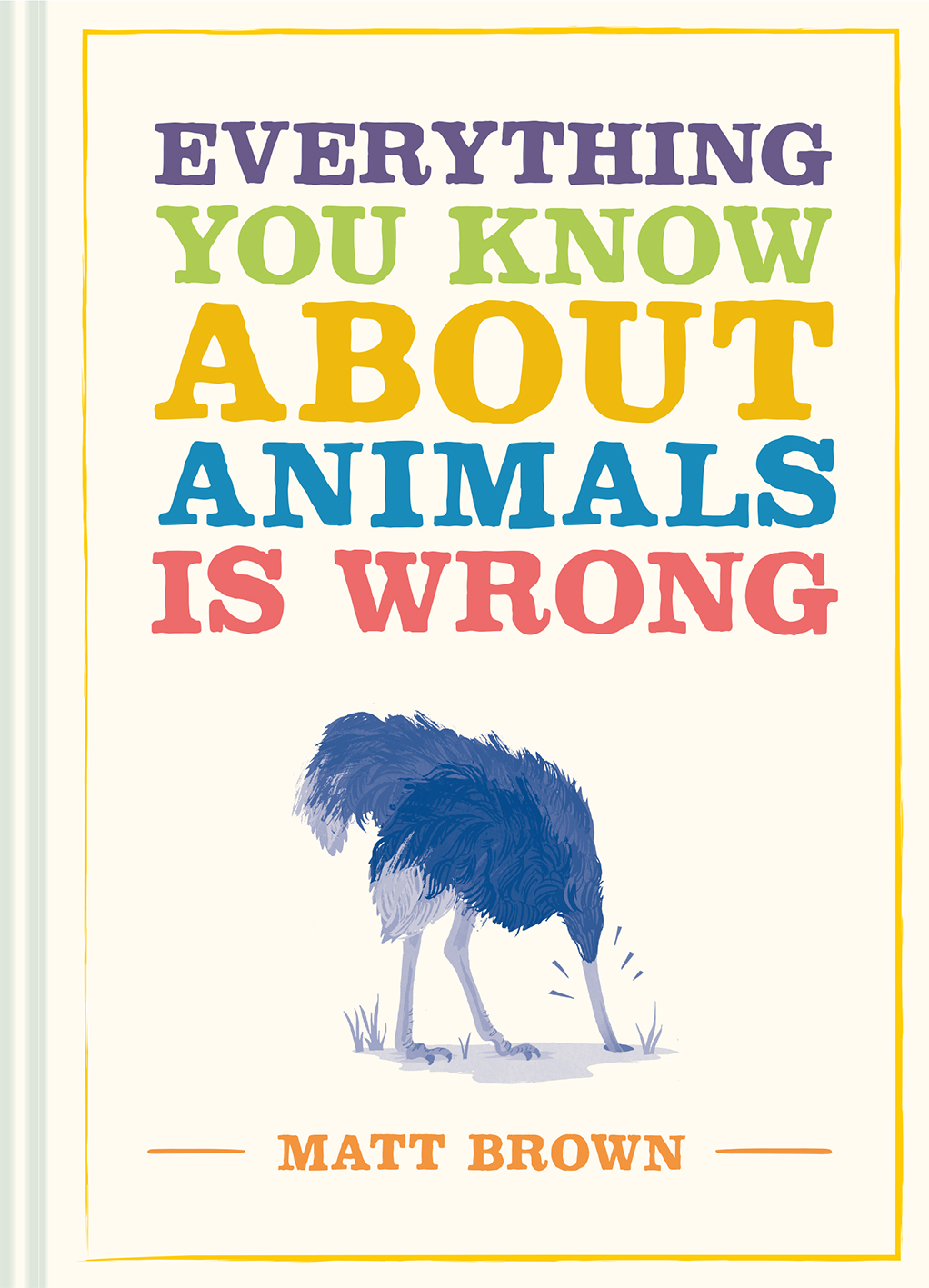 A humorous and informative book, debunking a range of commonly held myths about animals.

Camels store water in their humps and magpies love to steal shiny objects. Or do they? A must-read in the Everything you Know series, this book debunks a range of old-cod stories about animals in author Matt Brown’s inimitable humorous and fascinating style.

Covering everything from the myth that lemmings throw themselves off cliffs in suicide (they don’t, but on occasion some just fall off) to the one about bats being blind (they’re not, and they can see but use the more sophisticated echolocation for certain hunting). From head in the sand ostriches to cats landing on their feet, a wealth of information on our beloved pets to creepy crawlies and wild giants, this book will set the marvel of the animal word straight. Plus, there are special features on the odd diets of animals and how wrongly they are portrayed in the movies.

All the old stories and myths about animals we’ve had since childhood are gleefully debunked in a hugely entertaining book.

'While lighthearted in tone, a lot of knowledge is nonetheless imparted, and Brown’s natural wit and obviously in-depth levels of research shine through'

'A book bound to start conversations'

Dogs see only in black and white, or do they?

In Everything You Know About Animals is Wrong, Matt Brown debunks common myths from the world of ani[…]

So nice to shout about this one! @jennychandleruk