Food from the Fire

The Scandinavian flavours of open-fire cooking 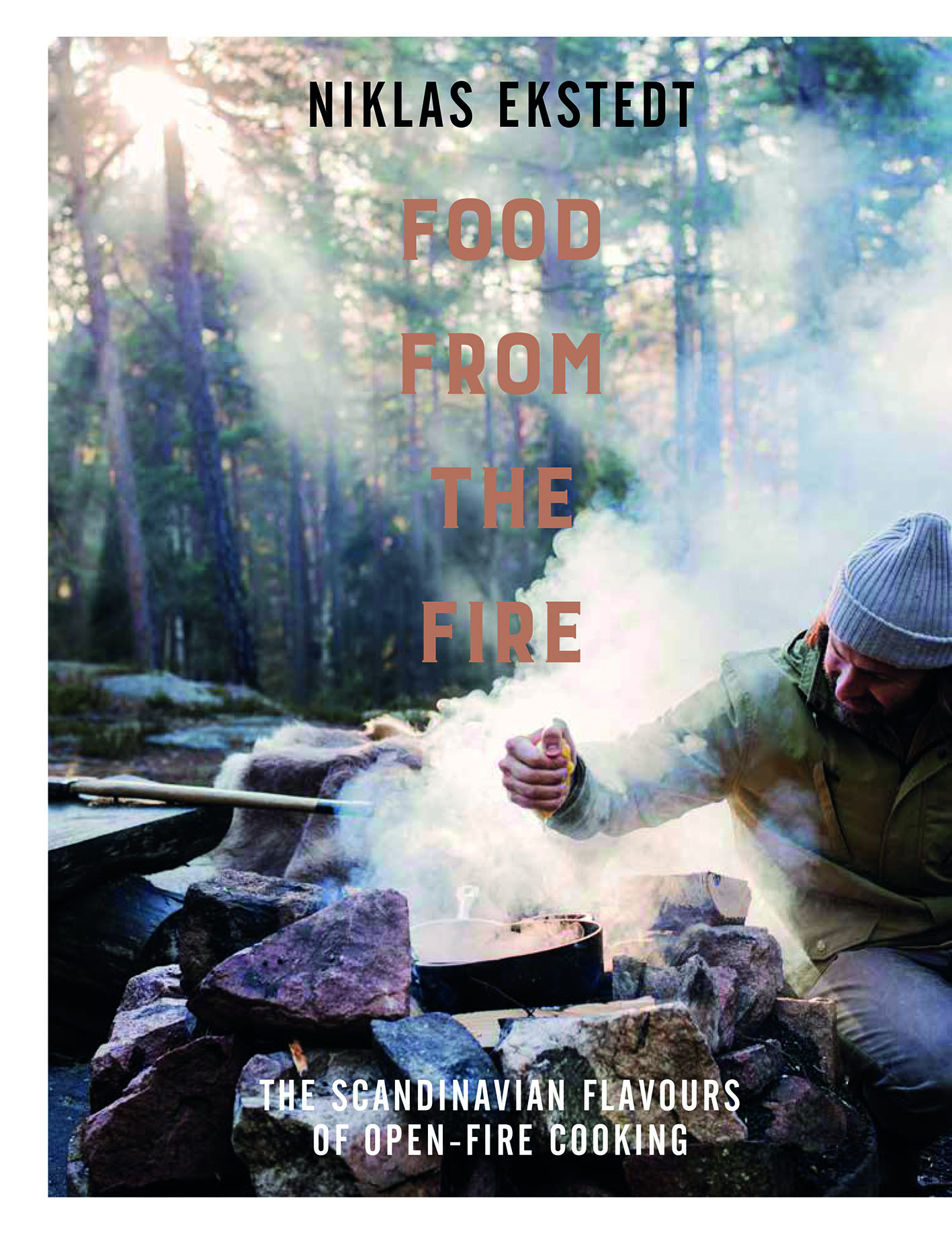 The crackling of birch, the sizzle of the pot and the scent of wood smoke in the air… the relaxed style that typifies Scandinavian open-fire cooking is explored in this cool new cookbook from Michelin-starred chef, Niklas Ekstedt, who is famed for cooking over wood only. This innovative selection of recipes highlights the best of modern Nordic food, themed around ancient cooking methods.

Fire pits are easy and affordable to source, even portable types are available for those with limited outdoor space, and wood is re-emerging as a fuel source. Considering how little specialist equipment is required, the flavours achievable with this back to basics method of cooking are outstanding.

Niklas’ book naturally features plenty of fire-building tips, aromatic smoking recipes, pickling and preserving techniques, but he doesn’t expect you to go foraging for ingredients or to give up cooking in a traditional kitchen – a cast iron skillet over a gas flame will produce similar results. Easy to find ingredients mix with easy cooking techniques to produce delicious family feasts and food for sharing.

From simple ember-baked salmon with cucumber and fennel, to flame-roasted celeriac with brown butter and hazlenuts, to a Skånsk apple pie, this is food to excite the appetite of the modern cook and inspire your next family or party gathering.

Niklas Ekstedt is founder of the Michelin-starred EKSTEDT, in Stockholm; a restaurant that uses only Scandinavian wood in their magnificent fire pit or their wood-fired oven to give the food a truly unique character. No electric cooker, no gas burners. EKSTEDT was named second in Zagat’s ‘Ten Hottest Restaurants in the World’. Earlier in his career, Niklas also worked at El Bulli. Niklas is keen to bring innovative Nordic cooking to the world and this work frequently takes him around the globe, from hosting a long table banquet at Wilderness Festival, to presenting on Swedish prime-time television. He has also appeared on Saturday Kitchen. He has written four cookbooks in Swedish, this will be his fifth. He lives outside Stockholm with his wife and 2 children.