Spooky Stories and Eerie Encounters from the National Trust 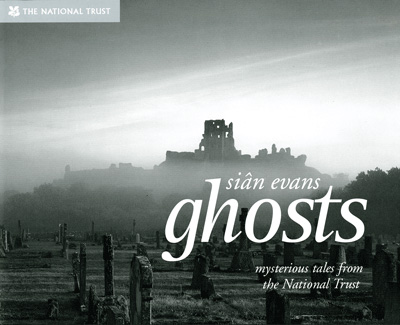 National Trust houses are bursting with ghost stories. The spirits of former owners, staff, even pets haunt their former homes and walk hand-in-hand with those living there today. Simply walking into an historic house can be enough to make you shudder, such is the intensity of the sense of the past. The figure of Elizabeth, Duchess of Lauderdale wanders solemnly through Ham House in Surrey, sometimes haunting the Chapel, sometimes accompanied by the ghost of her beloved spaniel, while Anne Boleyn is reputed to drive up to Blicking Hall in Norfolk in a coach driven by a headless horseman, and carrying her own head in her lap. At Hinton Ampner in Hampshire the Ricketts family who lived there in the mid-eighteenth century spoke of ‘something curious, something inexplicable about the house’, with the whole staff’s sleep interrupted by a cacophony of chilling shrieks, groans, muffled conversations, running footsteps and banging doors. At Lyveden New Bield in Northamptonshire, an isolated ghostly shell of an unfinished building, local people and National Trust staff have both glimpsed a long-faced, bearded gentleman at one of the upper bay windows, yet the building has no floors, so how could he be suspended at that height? The ruins of Corfe Castle in Dorset, Dunstanburgh Castle in Northumberland and Rievaulx Terrace and Temples in Yorkshire are similarly alive with ghoulish tales. This is a very special ghost book. Sian Evans has interviewed the people who work and live in the buildings today and gathered together information on sightings of ghosts that only they could provide, while her research into past ghost stories brings alive the characters of previous owners. Tracing the origins of the myths and legends that have grown up around mysterious old places, and comparing them with the very contemporary accounts of those people who actually spend their waking – and sometimes sleeping – hours there yields some surprising results. Most people love a ghost story, even if they claim not to believe in the supernatural. But for many staff, volunteers and tenants of the National Trust, the job is sometimes a matter of balancing the normal with the paranormal.