Indianapolis Then and Now® 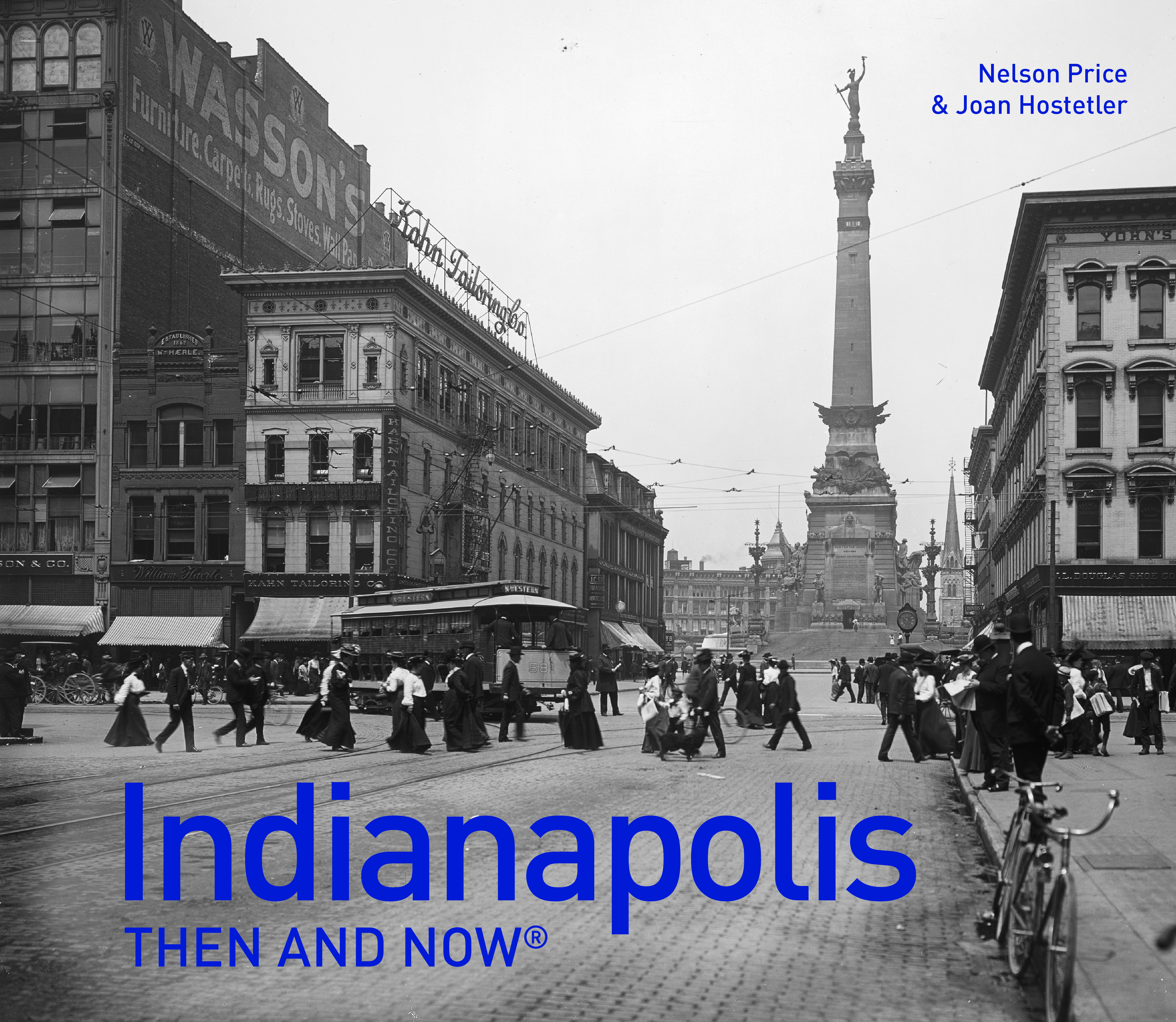 Putting archive and contemporary photographs of the same landmark side-by-side, Indianapolis Then and Now® provides a visual chronicle of the city’s past. The development of Indianapolis has taken more unexpected turns than a driver at its world-famous Speedway. Roaring to life after a rather inauspicious start, Indianapolis became known as the "Crossroads of America" during the early 1900s, with a bustling Union Station train terminal as well as a flourishing literary and artistic scene of nationally renowned poets, painters, and playwrights. Mansions were built along the showplace thoroughfare of North Meridian Street, pharmaceutical and automobile industries employed thousands, and jazz music was played into the night. Teenagers at Shortridge High School produced the nation’s first high school daily newspaper, and many went on to become novelists and politicians, including Booth Tarkington and Richard Lugar. The Hoosier capital occasionally veered off track; from the 1950s to the 1970s it was referred to as "Naptown" and "India-NO-place." Indianapolis has picked up speed since the 1990s and is once again a vibrant city, warmly nicknamed "Indy," with a spectacularly rejuvenated downtown. Residents have taken extraordinary care to preserve the best of the past, and have supported the development of new sports stadiums and retail outlets. Indianapolis Then and Now® features historic places such as the Indiana Statehouse, the Soldiers’ and Sailors’ Monument, Lockerbie Square, and the Federal Building, as well as modern areas of interest such as the Monon Trail and Circle Centre, all showing the mixture of preservation and change in this historic city.

Nelson Price is an author, journalist, and historian. His books include Indiana Legends: Famous Hoosiers from Johnny Appleseed to David Letterman and Legendary Hoosiers. A fifth-generation Hoosier, he was a feature writer and columnist for the Indianapolis Star for many years. He lives in a historic neighborhood in downtown Indianapolis and teaches journalism. Joan Hostetler is a local historian and photographic specialist. She has helped dozens of libraries and museums interpret, archive, digitize, and preserve historic images. She is the founder of the Indiana Album, a community digitization project that copies, catalogs, and shares images found in attics and albums throughout Indiana. Garry Chilluffo, an Indianapolis-based commercial photographer, specializes in architectural and advertising photography, with a personal interest in historic preservation. Originally from upstate New York, he is a graduate of the Rhode Island School of Photography and Winona School of Professional Photography. His photography book projects include The Art of the 92 County Walk for the Indiana State Museum, Indianapolis Then and Now (2004), and multiple updated editions for the Then and Now series.