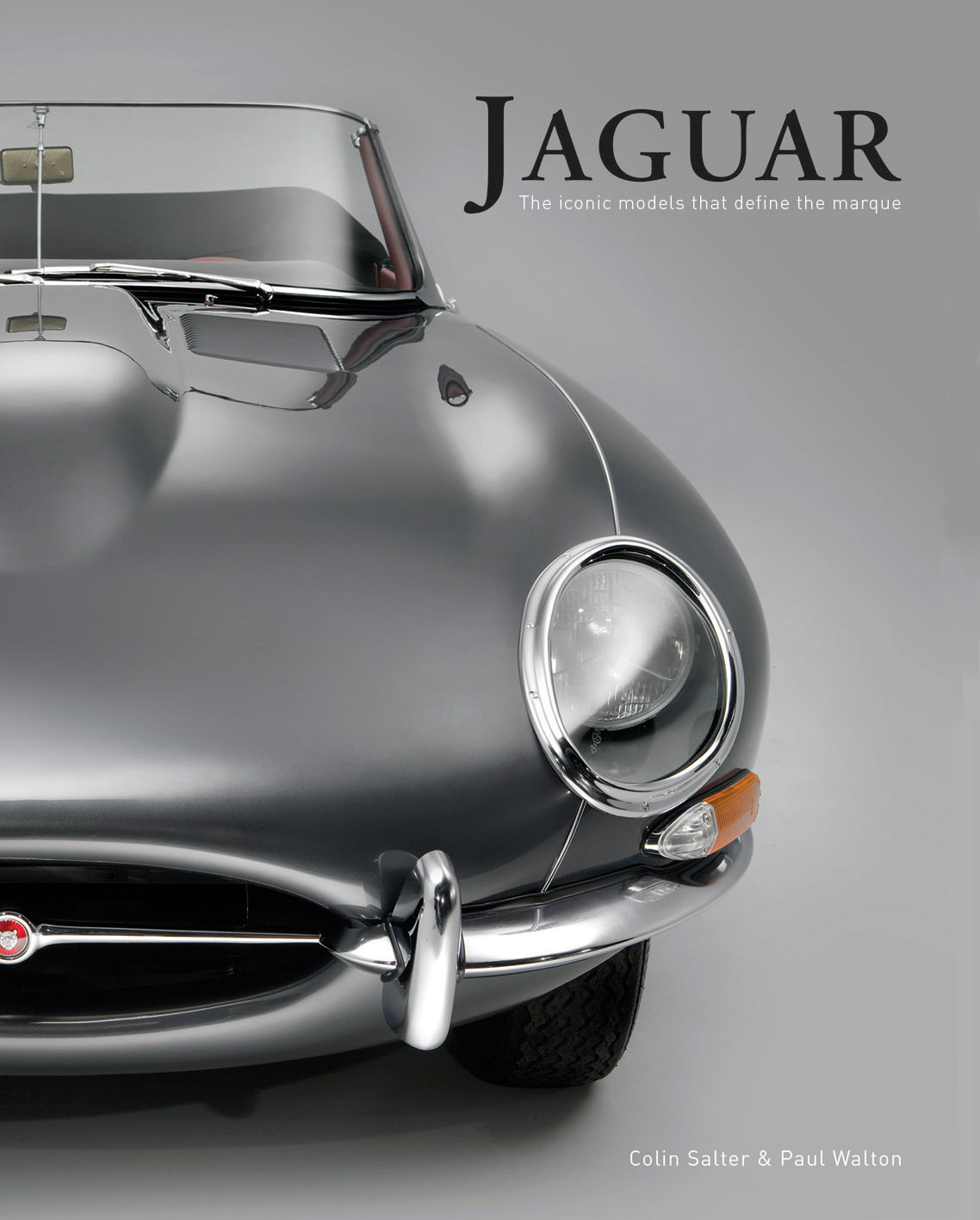 Jaguar is a beautifully photographed guide to the best Jaguar sports and saloon cars stretching back to the pre-war roadster, the SS100.

Featuring specially commissioned photography, the book is arranged in chronological order, starting with Sir William Lyons’ nascent marque of the 1930s. It was only after the war when the work of aerodynamicist Malcolm Sayer created the beautiful curves of the XK120 that the company became a world beater.

The D-type brought the company sporting success at Le Mans, leading to a car that became emblematic of London in the swinging 60s, the E-type Jaguar. Production increased in the 1960s with the Mark I and Mark II saloons, latterly adopted by Inspector Morse.

The Silk Cut Jaguar XJR-9 repeated the Le Mans success in the 1980s, but it was the sale of the company to Ford in 1990 that produced new models, the retro-styled S-type saloon and the E-type inspired XK8 sportscar.

Sold to Tata Motors in 2008, the company has gone on to release more premium sportscars and prestige saloons, the Jaguar XF, the new XJ-series and the much-desired Jaguar F-type R.

Edinburgh-based writer Colin Salter is the author of Jaguar: The Iconic Models That Defined The Marque (2017) and a man throughly at home on Scotland’s great scenic route The NorthWest 500′. He is the author of Remarkable Road Trips and Remarkable Bike Rides. Another of his recent books, Men on the Moon: A History of Space Exploration (2015) will be of no use to him as he tackles the earth’s epic treks.