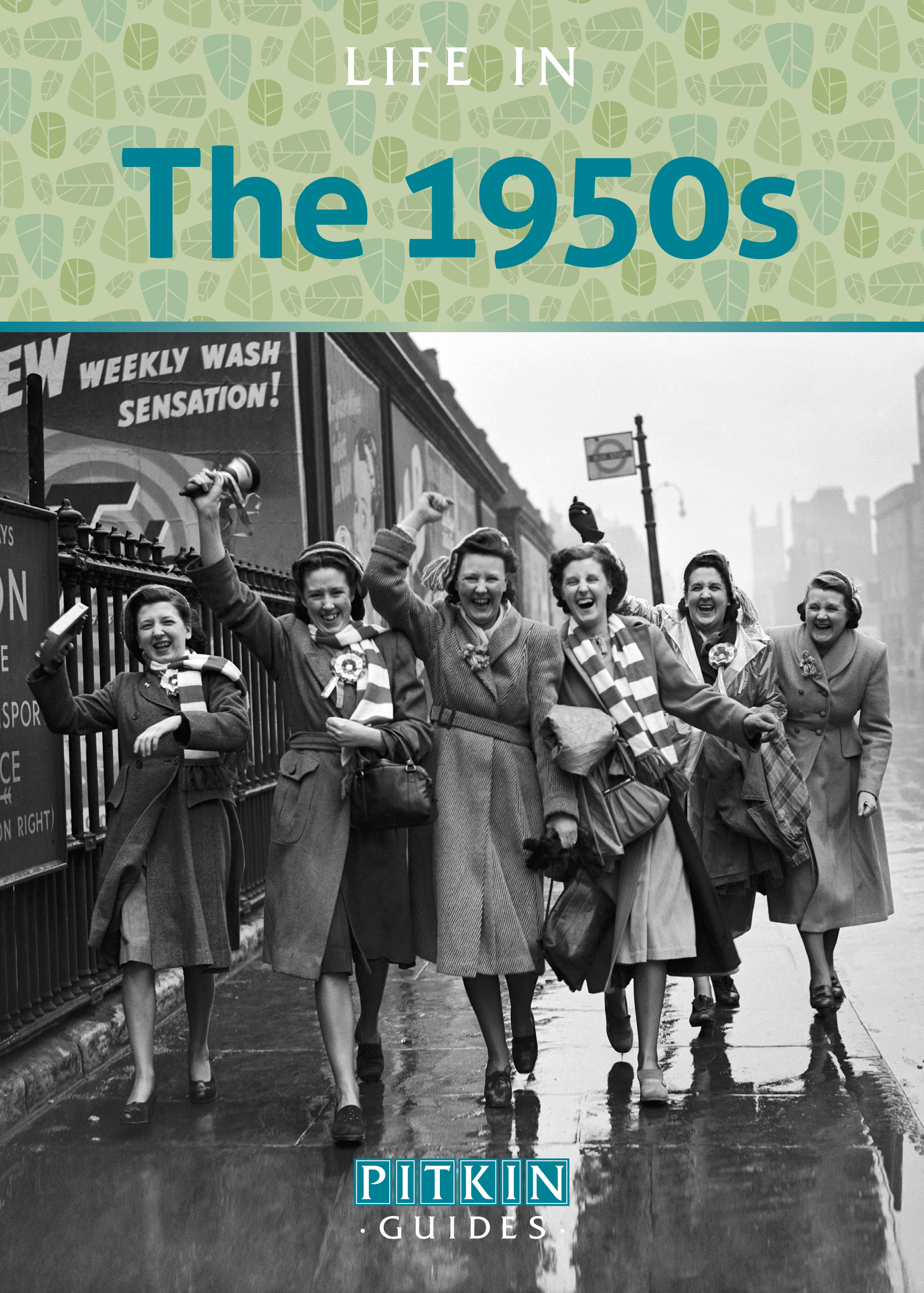 The 1950s began in the shadow of War. In Britain, food was still rationed as the country strove to pay off the huge debts that were the legacy of war.

However by the end of the decade, the British had ‘never had it so good’, as prime Minister Harold MacMillan told them.

In this book, Mike Brown looks at some of the major aspects of living in Britain at that time of change; how ordinary people lived, worked and played, of the experiences of childhood, and of a new group – teenagers.

How did people spend their new-found wealth, what they ate, wore, watched and listened to; the stories and people who made the headlines – Royals, politicians, and stars of music and screen, in an age overshadowed by the Cold War.

The book will appeal to those who lived through it, and to those wishing to know more about life for their parents and grand-parents.

Mike Brown is an experienced Pitkin author with several heritage titles. His books include A Wartime Christmas 1939-1945, Life in the 1950s and Life in the 1960s.

READ MORE
Instagram
The queen of all things 'PASTRY' , @ravneeteats is

#Repost @anniesloanhome ・・・ Join me at 3pm B