Liverpool Then and Now 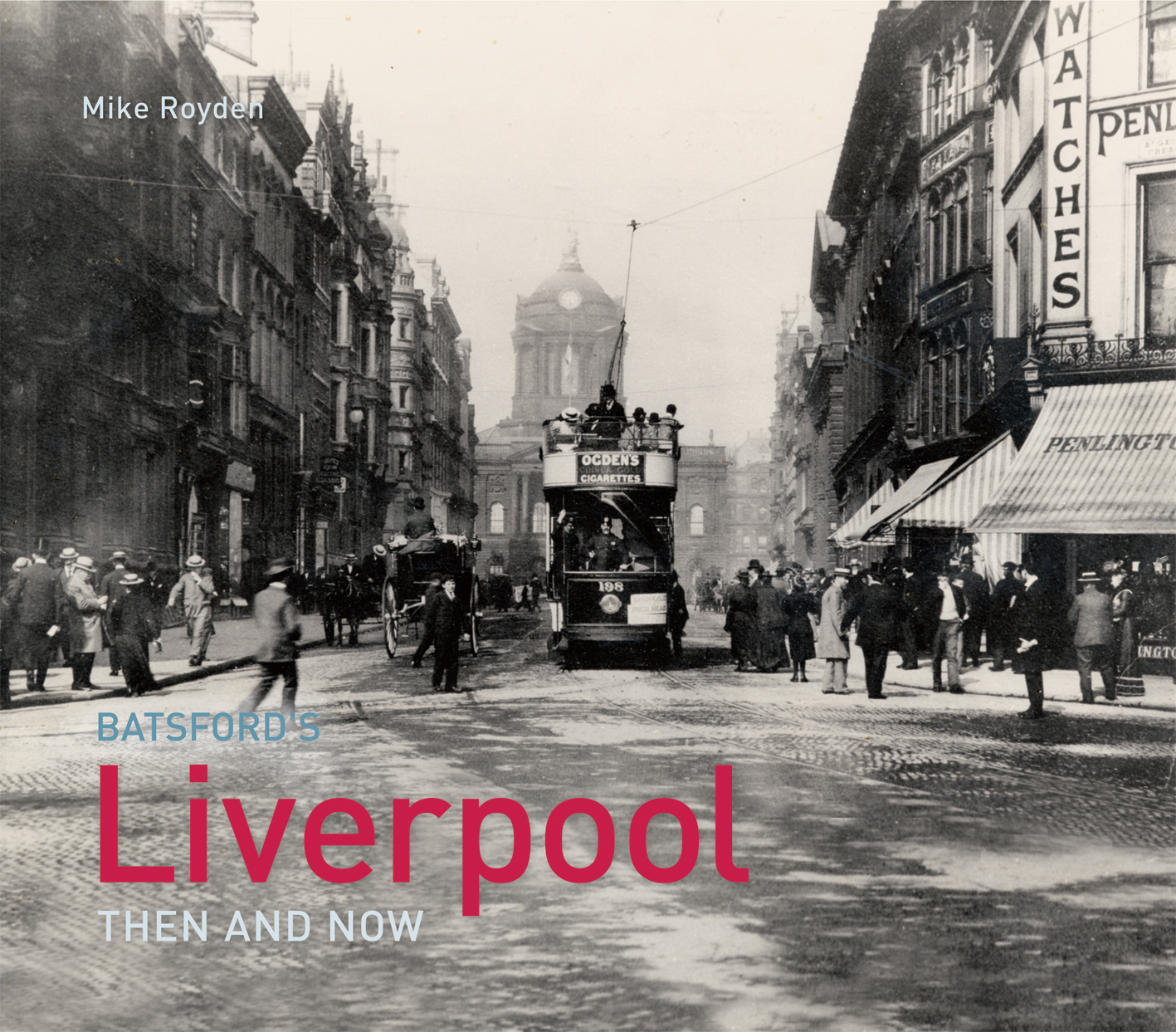 Liverpool Then and Now takes the reader on a journey through a city once considered the ‘second city of empire’. So great was the volume of commerce flowing through the port of Liverpool in the nineteenth century that it sometimes eclipsed London. This wealth produced many fine buildings, giving rise to a second Bank of England building, the classical architecture of St George’s Hall— today the Walker Art Gallery—and Liverpool’s ‘three graces’; the Liver, the Cunard and the Port of Liverpool buildings.

Some 70 historic photographs of Liverpool’s past are paired with specially commissioned contemporary views taken from the same vantage point. You can see the same streets and buildings as they were ‘then’ and as they are ‘now’. It includes Lord Street, Albert Dock, Speke Airport, Goodison, Aintree, Lime Street Station, the Mersey Tunnel, plus the ferry across the Mersey and the place where it was famously celebrated in song, The Cavern. There are also some of Liverpool’s closest neighbours, Birkenhead, New Brighton, Port Sunlight and the glorious Victorian promenades of Southport.

Part of the bestselling ‘Then and Now’ series, this charming contrast of old and new photographs highlights the stunning changes – and the equally amazing similarities – of one of the most loved cities in Britain, its well-known places but also some of its hidden gems.

Mike Royden has been a teacher and lecturer for over 25 years. He has taught History, Politics and Information Technology since 1992 in the Wirral.  He also lectures in Local History on Adult Education courses run by the University of Liverpool Centre for Continuing Education. He has researched and written about various aspects of local history for over 35 years. His publications include, Tracing Your Liverpool Ancestors, Pioneers and Perseverance: A History of the Royal School for the Blind, Liverpool 1791-1991, A History of Liverpool Maternity Hospital and the Women’s Hospital. He has a popular local history website and is often approached to appear on genealogy programmes such as BBC’s Heir Hunters and Who Do You Think You Are?