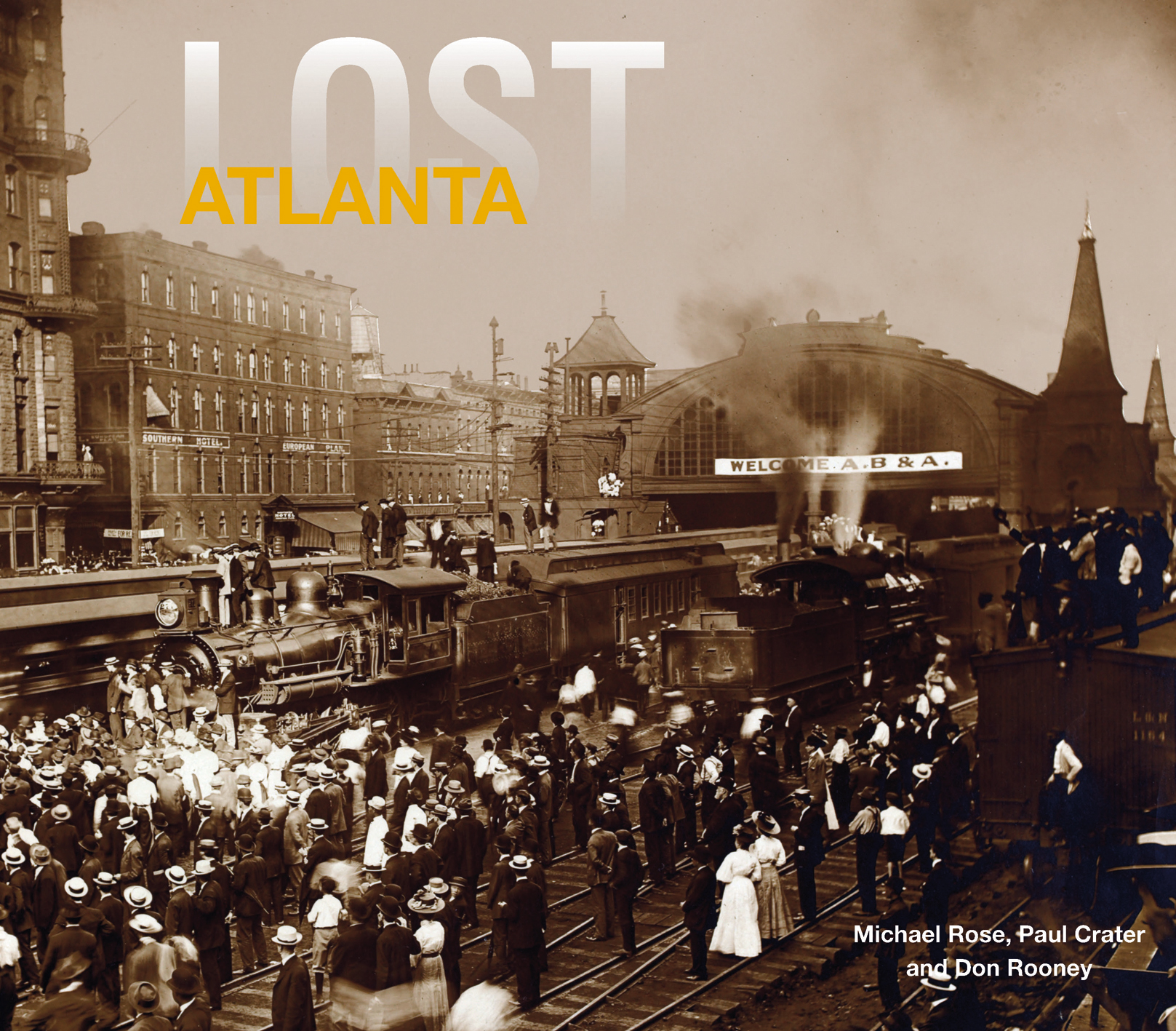 Lost Atlanta journeys back in time to look at the city as it once was. Old theaters, hotels, ballparks, civic buildings and the early transport system of the city are recalled in this book written by a best-selling Atlanta historian and his colleagues at the Atlanta History Center. Listed in chronological order the losses stretch back to 1821 and the Creek Indians. Major events in Atlanta history are encompassed, such as the Civil War destruction of 1864, the Cotton States International Exposition of 1896, the Great Atlanta Fire of 1917 right though to 1996 and the dismantling of key venues after the 1996 Olympic Games.
Sites include: Georgia State Capitol, Ponce de Leon Springs, Jacob’s Pharmacy, Candler Race Track, Union Passenger Depot, Kimball House Hotel, Atlanta Crackers, Buttermilk Bottom, Hebrew Orphanage, Henry Grady Hotel, Plaza Park, 1904 Atlanta Terminal Station, The Omni and the Greyhound Bus Terminal.

Michael Rose has lived and worked in Atlanta for twenty years. He is currently Director of Archives and Research Services at the Atlanta History Center’s archival facility, the James G. Kernan Research Center. He has worked for many years in the museum, gallery and archival fields, and has written three previous books on Atlanta, including the best-selling Atlanta Then and Now.