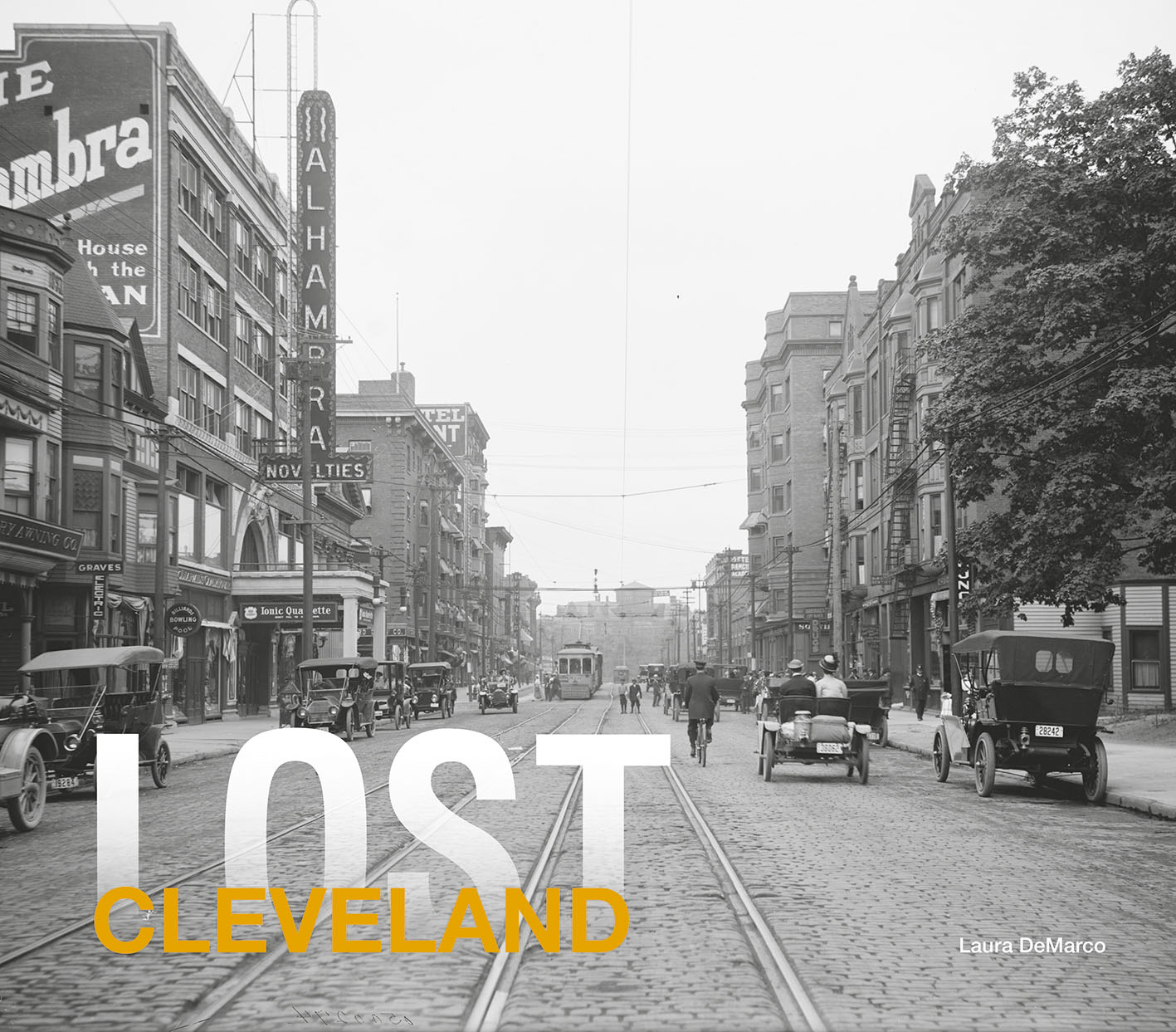 Lost Cleveland is the latest in the series from Pavilion Books that traces the cherished places in a city that time, progress and fashion swept aside before the National Register of Historic Places could save them from the wrecker’s ball. As well as celebrating forgotten architectural treasures, Lost Cleveland looks at buildings that have changed use, vanished under a wave of new construction or been drastically transformed.
Beautiful archival photographs and informative text allows the reader to take a nostalgic journey back in time to visit some of the lost treasures that the city let slip through its grasp. Organised chronologically, starting with the earliest losses and ending with the latest, the book features much-loved Cleveland institutions that have been consigned to history.
Losses include: City Hall, Diebolt Brewing Co., Luna Park, Sheriff Street Market, Hotel Winton, League Park, Union Depot, Hotel Allerton, Leo’s Casino, Cleveland Arena, Bond Store, The Hippodrome, Cuyahoga and Williamson buildings, Record Rendezvous, Standard Theatre, Hough Bakery, Cleveland Municipal Stadium, Memphis Drive-In, Parmatown Mall.