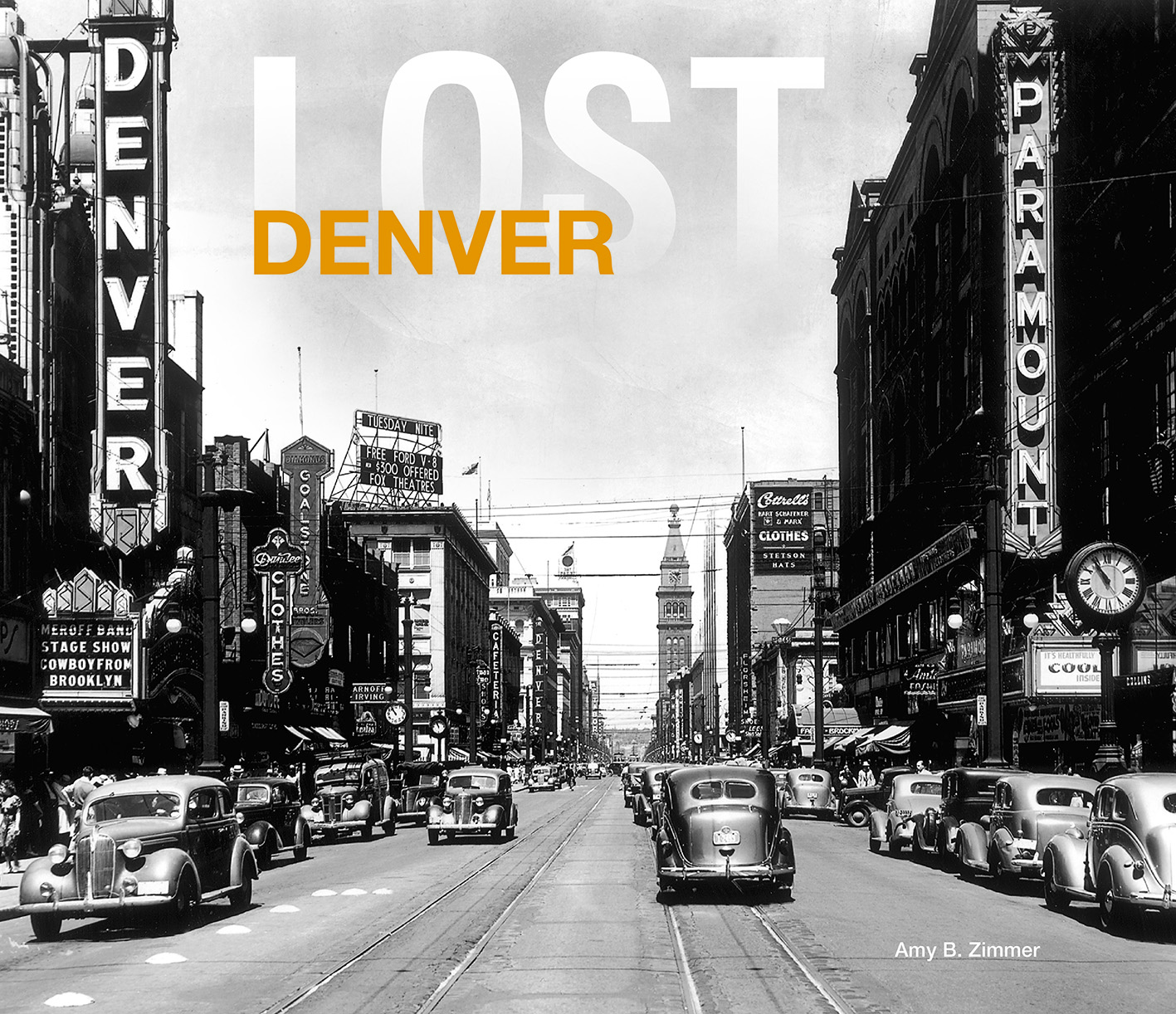 Astonishing images of vanished Denver, from old hotels and movie houses to streetcars to sports stadiums. There has been much change in Denver since the first settlers built a small town on the south side of Cherry Creek and named it Auraria. Streetcar suburbs emerged and were annexed into the city of Denver; skyscrapers rose and were replaced by even bigger skyscrapers. The streetcars disappeared. Denver’s baseball team, the Bears, played out of Broadway Park, then Bears Stadium, which became Mile High Stadium and then a parking lot for Sports Authority Field. The city has lost many of its grand Victorian buildings. The grand Richardsonian Romanesque Denver Club is gone, along with the Tabor Block and Tabor Opera House. The theater district on Curtis Street has been transformed, while the Denver Urban Renewal Authority (DURA) has targeted whole districts for wholesale change. Lost Denver looks at the many aspects of the city that have disappeared over the last 150 years—the old hotels and movie houses, the civic buildings no longer fit for purpose, the old bridges, cemeteries, and parks that have been changed out of all recognition, and the city districts that didn’t fit in with the Skyline Renewal Project.

Amy Zimmer is a historian and writer specializing in Denver’s historic architecture. A Colorado native, she sits on the Denver Landmark Preservation Commission and has won several awards for her work in historic preservation. Her previous books include Denver’s Capitol Hill Neighborhood and Denver’s Historic Homes. Additionally, she works for the Colorado State Library preserving historic state documents. She lives in Denver’s Park Hill neighborhood.