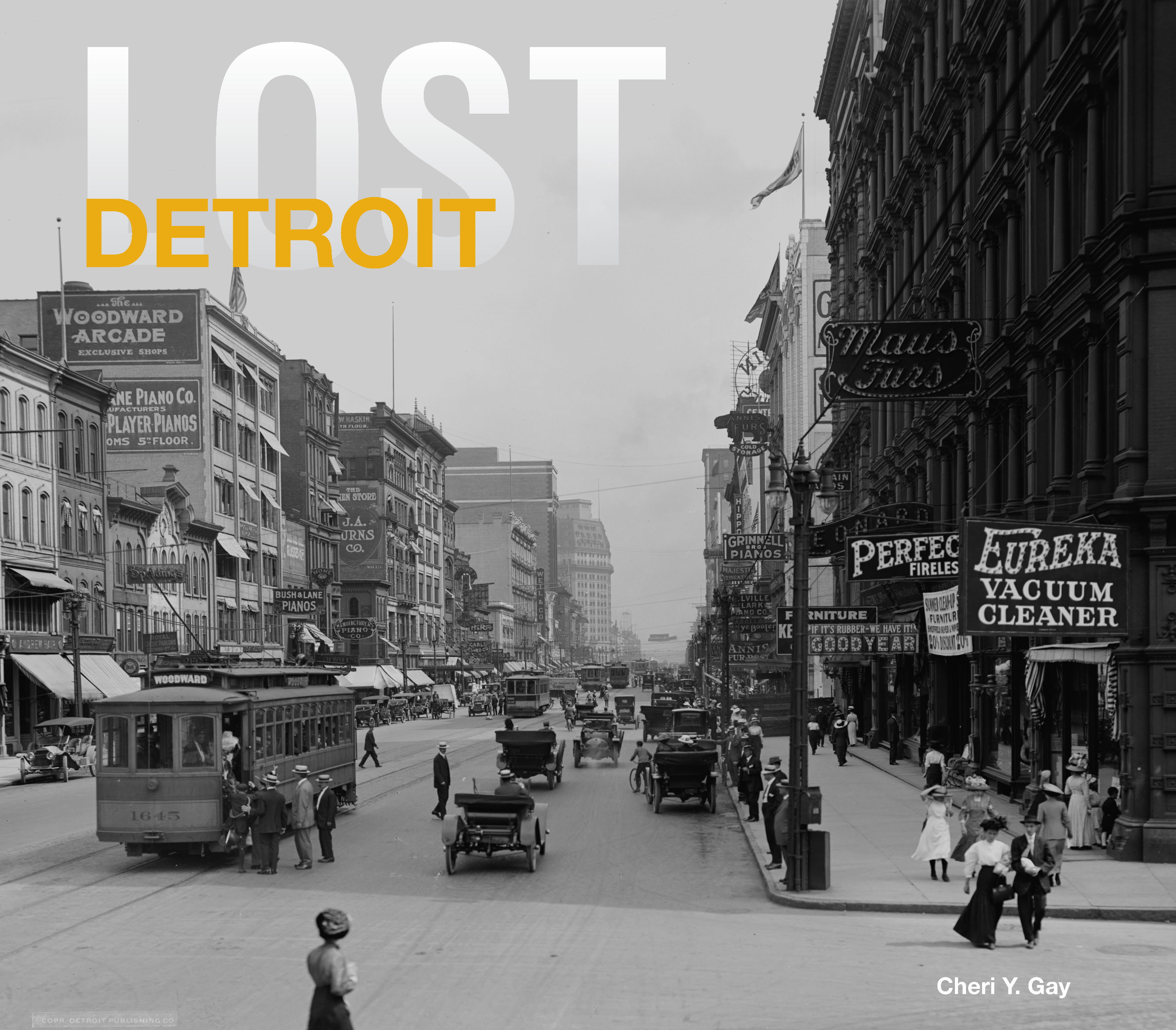 Lost Detroit is the latest in the series from Anova Books that traces the cherished places in a city that time, progress and fashion have swept aside before concerned citizens or the National Register of Historic Places could save them from the wrecker’s ball.

Organised chronologically, starting with the earliest losses and ending with the latest, the book features much-loved Detroit insitutions that failed to stand the test of time. Long before there was a motor industry, the city lost the Central Market (1889), the Belle Isle swimming pool and the Capitol Building (1893).

Grand buildings erected in the Victorian era that were too costly to be refurbished, or movie theaters that the age of television made redundant are featured. Alongside the city’s iconic and much-missed buildings, Lost Detroit also looks at the industries that have declined or left town.

Cheri Gay has lived in and around Detroit for over forty years. A graduate of the University of Michigan and Wayne State University, she has spent more than twenty-five years at the Detroit Public Library in a variety of roles, most recently as Photo Archivist in the Burton Historical Collection. She is the author of the best-selling Detroit Then and Now and also Lost Detroit.