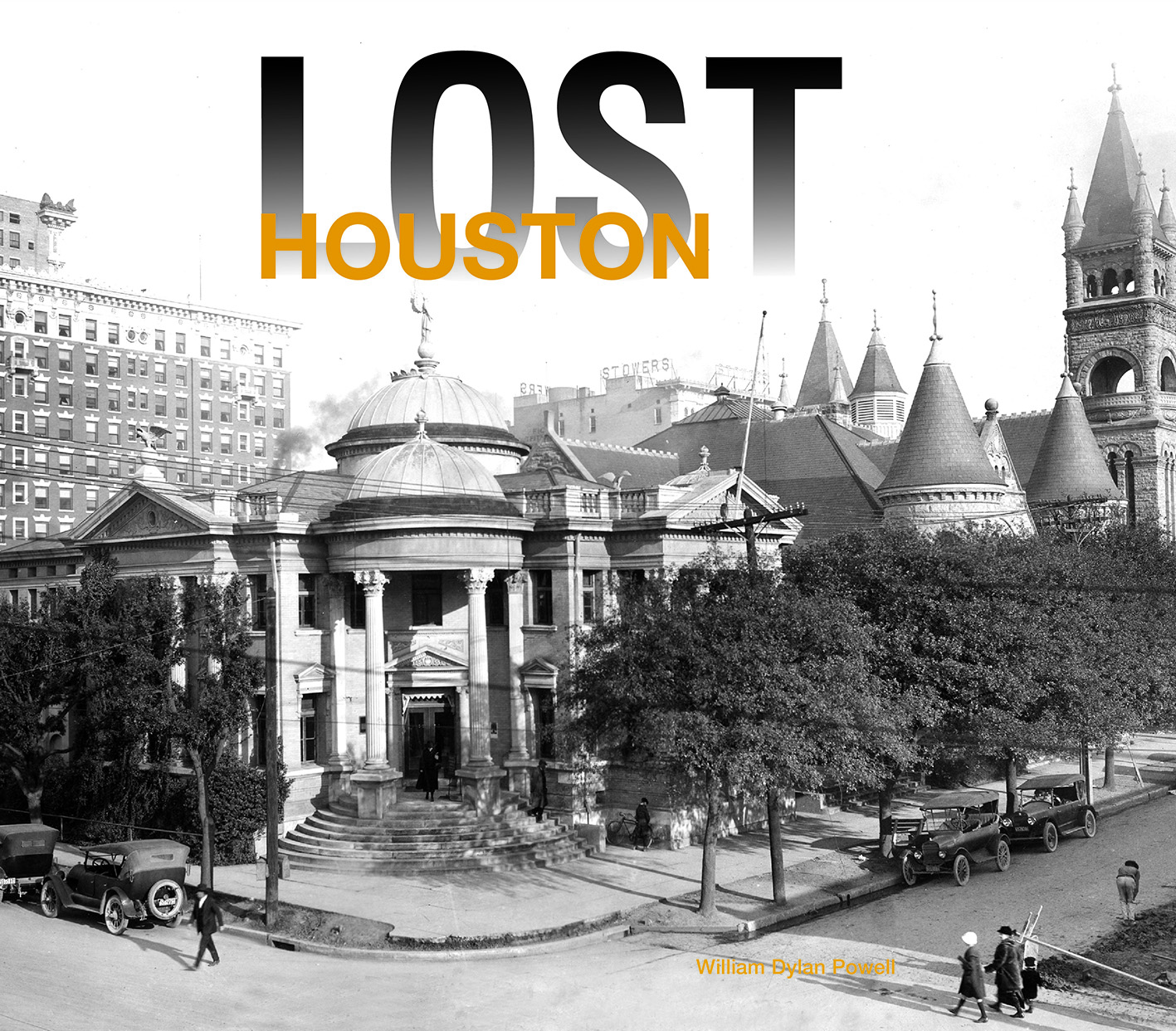 A look at how the buildings, streets, and institutions that comprise Houston’s cityscape have changed dramatically over the years, and the many that were lost along the way. Since its founding in 1836, Houston has become America’s fourth largest city. It was a hardscrabble life for the early settlers, but first King Cotton brought wealth to the local economy and then the Lucas Gusher at the Spindletop oilfield made Houston the capital of the American oil and gas business. The old Texas State Capitol was demolished and replaced by the old Rice Hotel, which was then replaced by the 1913 Rice Hotel that stands today. Baseball has been played at Buffalo Stadium, Colt Stadium, and the "EighthWonder" the Astrodome before settling at MinuteMaid Park. The Astros’ ballpark occupies the space once occupied by Union Station’s platforms and the Houston-to-Dallas Texas Rocket train, both lost to time and progress. Sites include: Camp Logan, Carnegie Colored Library, Houston Chronicle Building. The Binz Building, Original Texas State Capitol, Original Rice Hotel, Old City Hall, Moorish Federal Building, Felix Mexican Restaurant, S.H. Kress and Co., Union Station, Grand Central Station, Trailblazer Monorail, Houston Light Guard Armoury, Luna Park, Metropolitan Theatre, Magnolia Brewery, Streetcars on Heights Boulevard, Waldo Mansion, Miller Outdoor Theatre, Shamrock Hotel, NFL and NBL at the Astrodome, Houston Municipal Air Terminal, and the Sam Houston Coliseum.