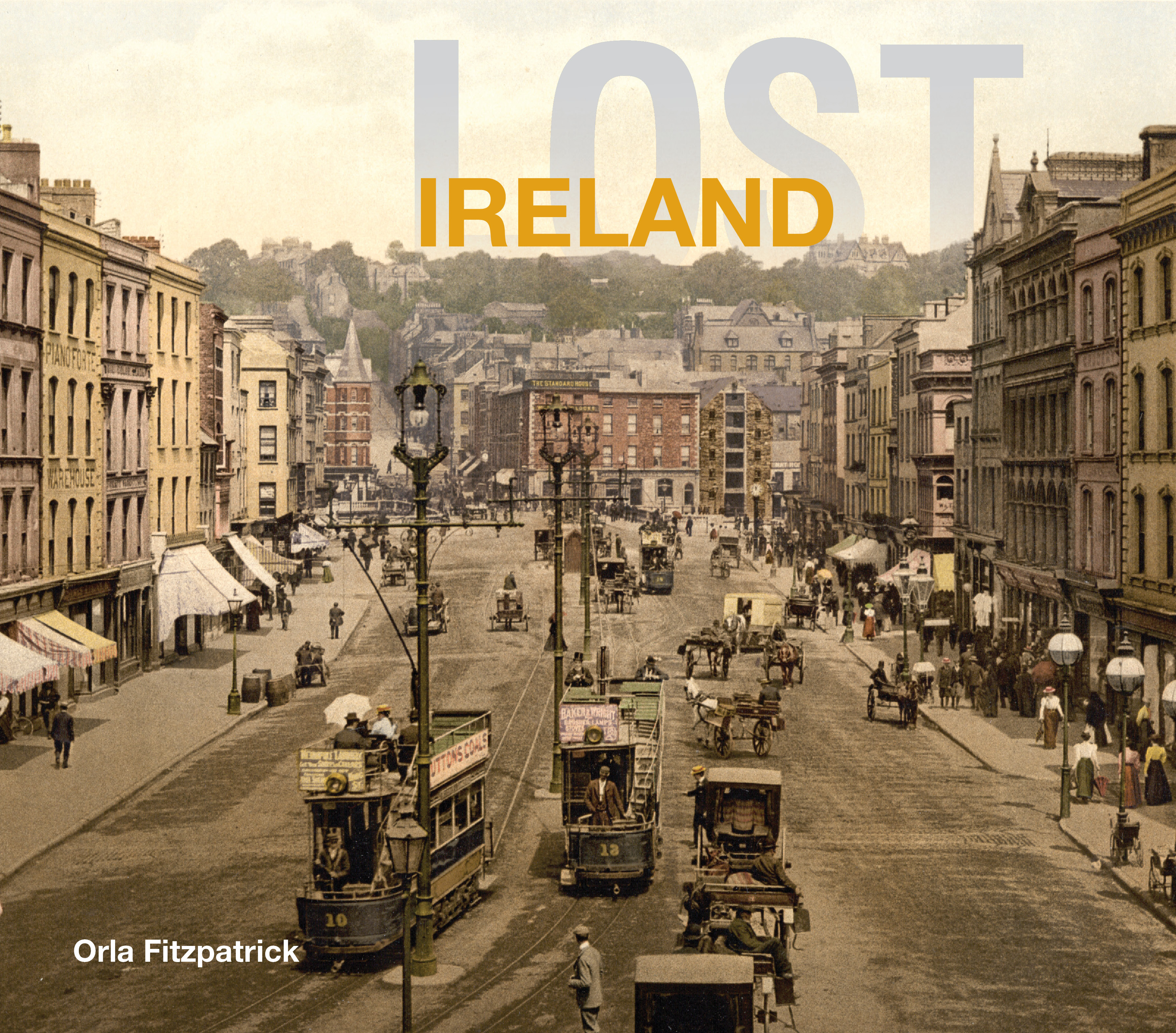 Pavilion Books’ Lost series traditionally looks at the cherished places of a city that time, progress and fashion have swept aside. However, using the new expanded 176-page format of the book, Lost Ireland covers the entirety of the island of Ireland.

Losses from all 32 counties are included from County Cork in the south to County Antrim in the north. Since the dawn of photography in the mid-19th century the economy of Ireland has changed dramatically, from a rural farming community to an upsurgent industrial and tech-savvy ‘Celtic Tiger’.

Cotton mills and country markets have all disappeared along with branch railways. Gone, too are the vestiges of British rule, such as statues to Queen Victoria and the monument to the Battle of the Boyne, when William of Orange crushed James II’s ambition for a Catholic throne.

On a smaller scale, the beloved theaters and cinemas from Dublin and Cork are included, along with emigration agencies, the familiar green double-deckers, the odd racecourse (a rarity in Ireland) and the ornate exterior of O’Meara’s Public House in Dublin.

Orla Fitzpatrick studied History of Design and Material Culture at the National College of Art and Design Dublin (N.C.A.D.) and has a PhD in photographic history from Belfast School of Art, Ulster University. She was born and lives in Dublin and has worked as a librarian in various cultural institutions including the National Library of Ireland’s photographic archive. Her recent publications include a journal article on fashion and fanzines in 1980s Dublin (Vox, Dublin: Hi Tone Books, 2019) and a book chapter on the decline of two nineteenth-century landed estates (Roscommon History & Society, Dublin: Geography Publications, 2018). She teaches history of photography and visual culture at N.C.A.D. and is the librarian for the National Museum of Ireland.