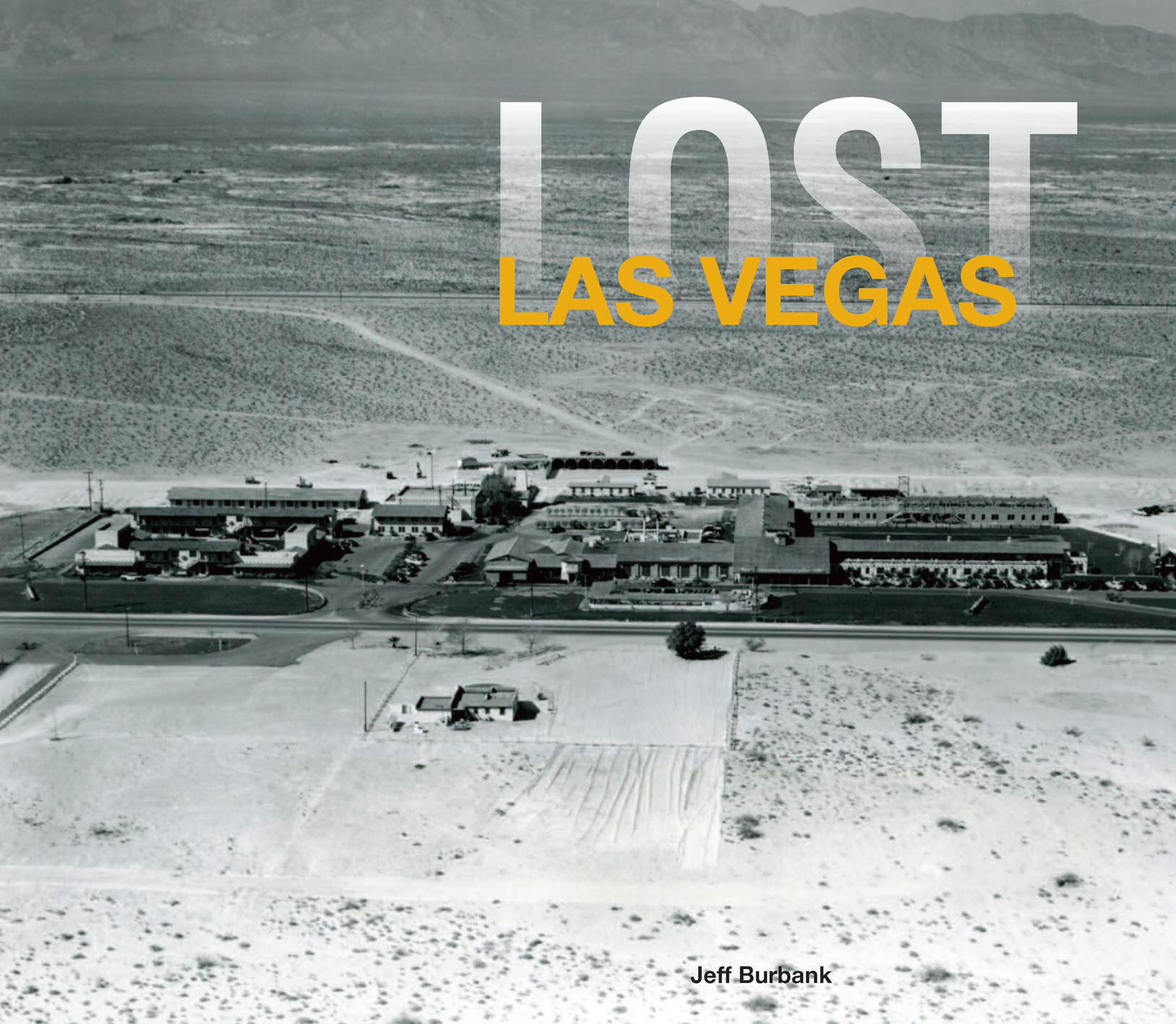 Lost Las Vegas traces the cherished places in the city that time and the brutal forces of economics have swept aside before the National Register of Historic Places could save them from the wrecker’s ball or, in the case of Las Vegas, before the Neon Boneyard can claim them.

Organised chronologically starting with the earliest losses and ending with the latest, the book details the many hotels and casinos that failed to move with the times and got swept away for something bigger, better and brighter.

Legendary names in the field of entertainment have come and gone – the Sands hotel featured many of the rapack in residence, but the casino is long gone. Howard Hughes and the mob featured heavily in Vegas history but neither could sustain their success for very long. Today, it is the showgirl who is under threat. That Vegas institution is under threat from the big setpiece shows such as Cirque du Soleil.

Jeff Burbank grew up in Los Gatos, Calif. He holds a B.A. degree in political science from University of California, Berkeley, and a M.A. in Communications/Print Journalism at American University in Washington, D.C. He was a Fulbright Scholar who taught news media and non-fiction writing at Khazar University in the former Soviet Union nation, Azerbaijan, in 2011. He taught business writing and news reporting at the University of Nevada, Las Vegas, academic English at San Jose State University, and composition, professional writing and contemporary history at DeVry University. He has more than 15 years experience as a news reporter and editor, and is the author of four books. He currently works as a journalist covering San Jose, Calif.,  Santa Clara, Santa Cruz and Monterey counties in Northern California for San Francisco-based Bay City News Service