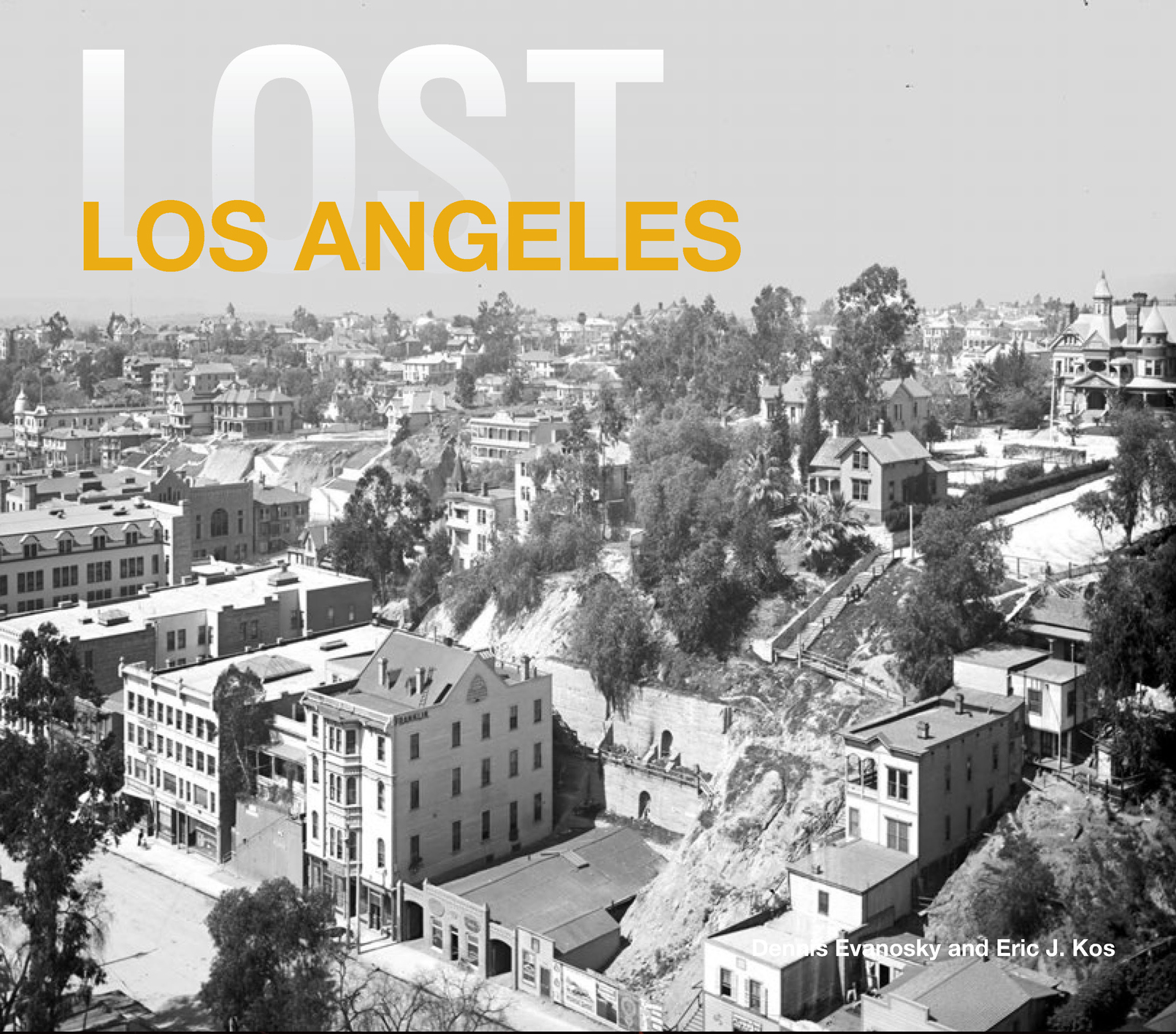 Los Angeles is less than 150 years old yet in that short time a great deal has been built and torn down. And while most cities suffer the loss of classic old cinemas, Victorian hotels and grand railroad stations, Los Angeles has lost those and much more. It has seen the passing of major industries, film companies, film lots, hills, airfields, piers and a speedway.

In Los Angeles, citrus groves have come and gone, oil derricks have sprung up in their place and been replaced by housing tracts. The movie industry moved in from New York and Chicago, expanded, contracted and then sold off their lots. National radio stations chose the area around Sunset & Vine to build grand art deco studios which were soon vacated. Abbot Kinney’s vision of a Venetian suburb was largely filled in after the banks eroded.