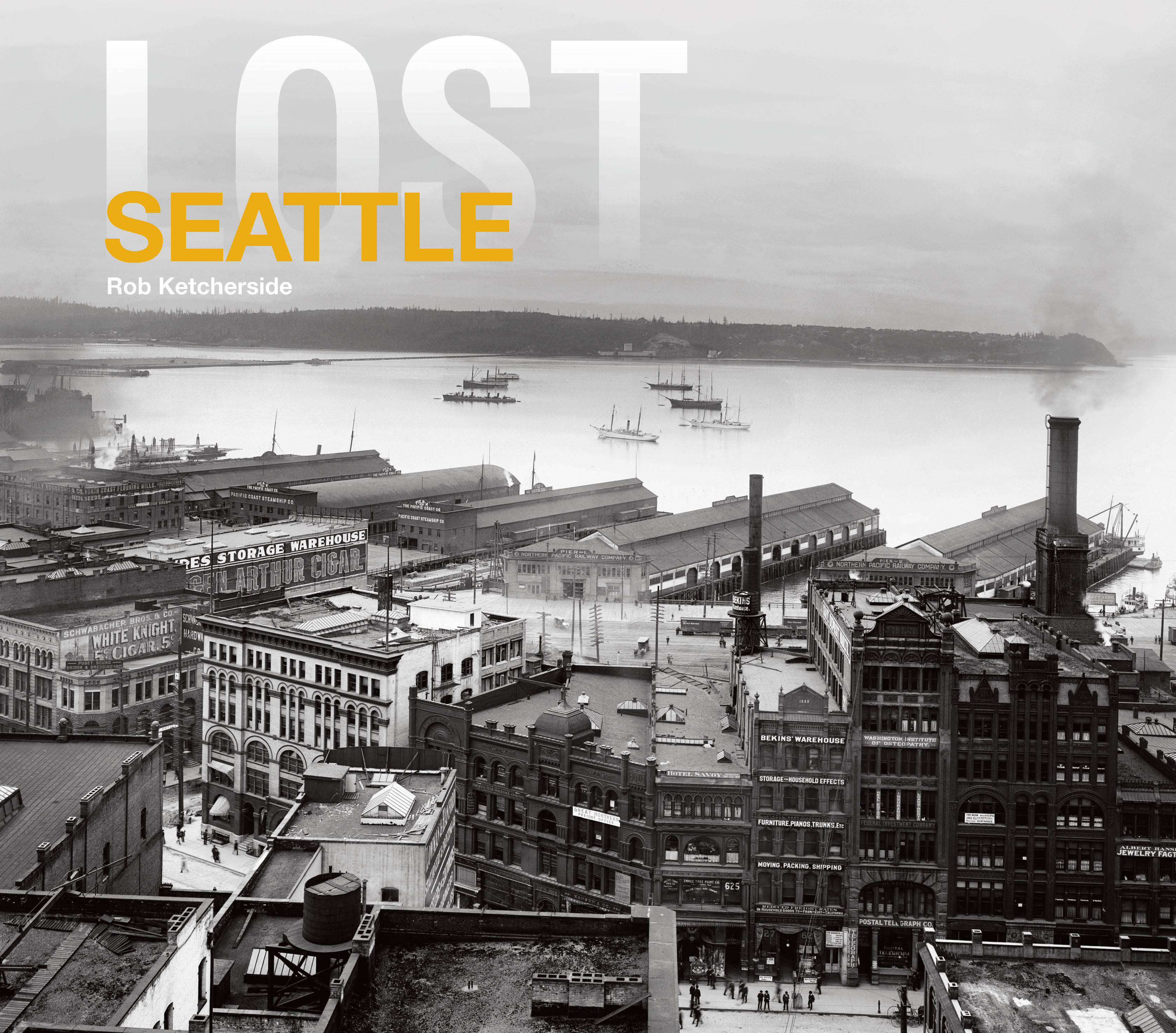 Lost Seattle traces the cherished places in a city that time, progress and fashion have swept aside before concerned citizens or the National Register of Historic Places could save them from the wrecker’s ball or the graveyard of history.

Organised chronologically starting with the earliest losses and ending with the latest, the book features much-loved insitutions that failed to stand the test of time, along with old-fashioned hotels and sports facilities that needed to be updated or built over.

Buildings erected for the World’s Fair Exposition are included in the book, along with movie theaters that the age of television made redundant.

Rob Ketcherside writes about local history through a series of blended rephotography (then and now) for the Capitol Hill Seattle blog. He has led tours of Seattle’s historic clocks for the Seattle Architecture Foundation and neighborhood history for Seattle’s Museum of History & Industry. His various contributions at MOHAI – including research of artifacts and photographs – recently earned him Volunteer of the Year. Rob is an appointed member of the Mayor’s Seattle Landmarks Preservation Board, stopping more treasures from being lost. Rob works in the tech industry as a program manager at EMC. He has a BA in East Asian Studies and a master’s degree in Project Management.