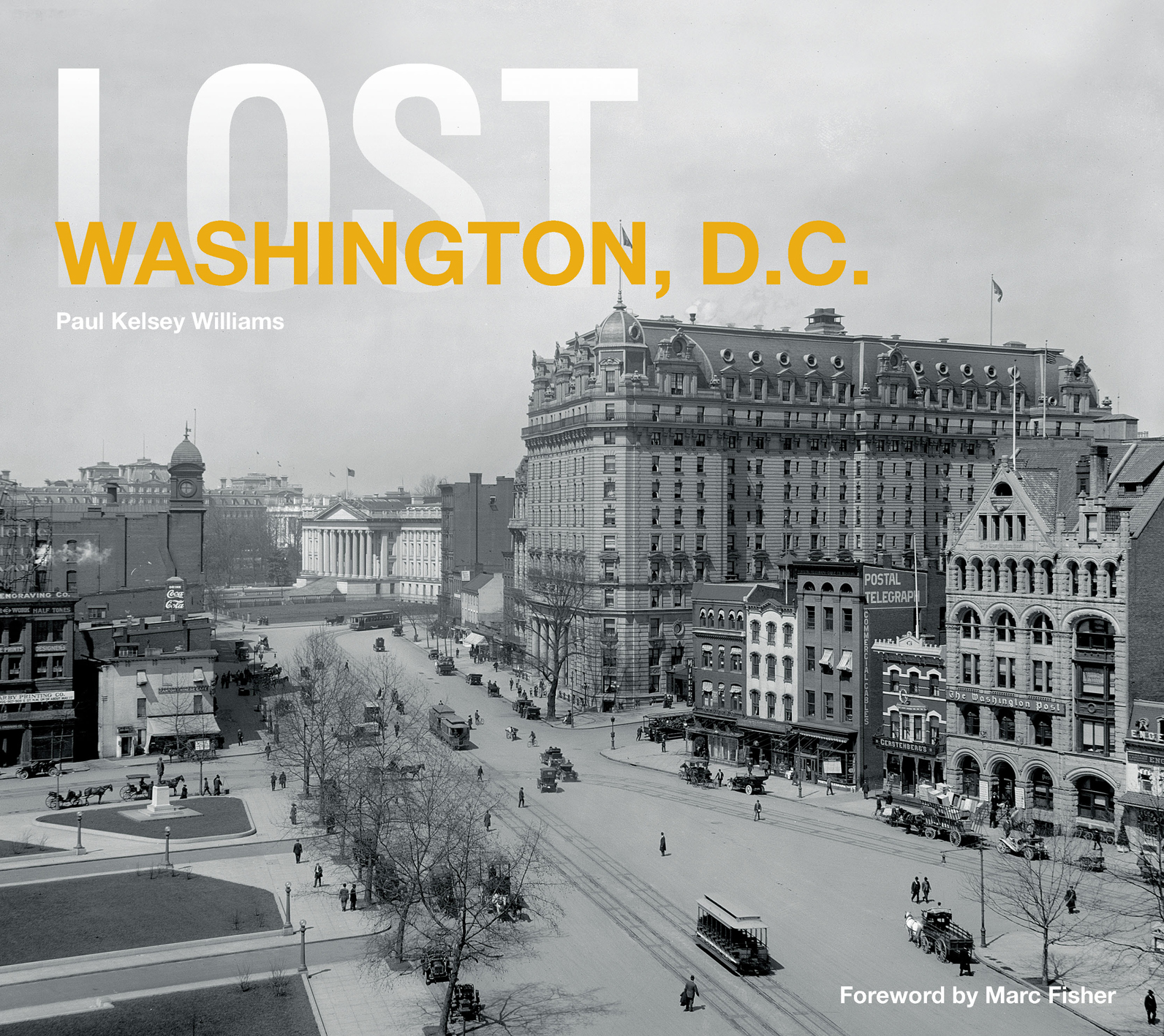 Lost Washington, D.C. looks at the cherished places in the city that time, progress and fashion have swept aside. The Lost series from Pavilion Books looks back in loving detail at many of the things that have helped create a city’s unique identity that have since disappeared; the streetcars, the shops, the parks, the churches, the amusement parks, the communities, even the annual parades. It looks at the landmark buildings that failed to be preserved, the hotels that could not be adapted and fell to the wrecking ball and the novelty buildings such as the General Noble Redwood Treehouse which stood on the Mall from 1894 to 1932. Lost buiildings include the Washington Arsenal and Washinton Penitentiary where the Lincoln conspirators were hanged. The distinctive Center Market building which was razed along with Arcade, Liberty and Dutch Markets. Many theaters have gone; Victorian (Albaugh’s Opera House) and Art Deco (Translux), but the grandiose Fox entrance remains to front a modern office block. Other sites include: Hoover Aiport, the Matthew Brady and L.C. Handy studios, the Ebbit House Hotel, commerce on the Chesapeake and Ohio Cabal, Baltimore and Portomac Railroad Station, faux castles such as Henderson’s and Stewart’s, the Corcoran School of Art and many Victorian vistas of Washingtom from the top of the Capitol and Washington Monument.

Paul K. Williams has an educational background in historic preservation and architecture from both Roger Williams and Cornell Universities.  Since 1995, he has been the proprietor of Kelsey & Associates, “The House History People,” focusing on individual house and building research in Washington, DC and beyond. He is the author of 12 books on Washington, DC neighborhoods, institutions, and themes, the Charles Village neighborhood in Baltimore, and books on his childhood residences on Skaneateles and Owasco Lakes in upstate New York. In addition to Lost Washington, Williams maintains a daily blog on Washington, DC history at The House History Man, and is completing a book on how to research your own house history.