Manchester Then and Now

a photographic guide to Manchester past and present 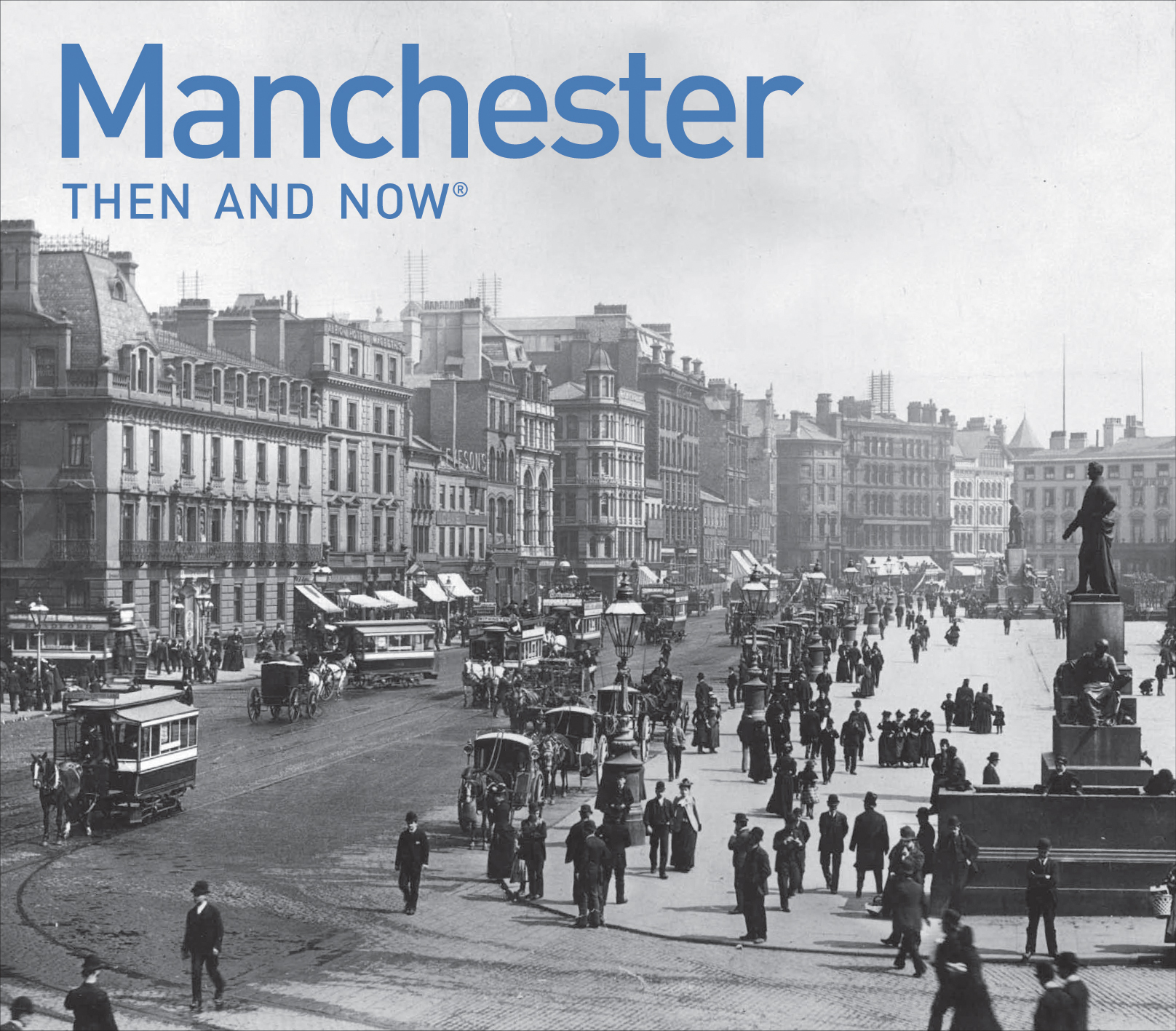 Part of the bestselling ‘Then and Now’ series, Manchester Then and Now visually charts the huge changes that have affected the city from the 1860s. The building of the ship canal in the late Victorian era turned Manchester into the UK’s third biggest port. The industrial boom of the 1930s and post-war bust followed by the regeneration with the Commonwealth Games are all featured in a book that includes some spectacular aerial comparisons.

A wonderful visual guide to Manchester, past and present. Some 70 historic photographs of Manchester’s past are paired with specially commissioned contemporary views taken from the same vantage point. You can see the same streets and buildings as they were ‘then’ and as they are ‘now’.

The book features the changes to the city created by the massive IRA bomb of 1996, the demolition of some of the 1960s architecture and its redevelopment, the conversion of old mills to modern apartments and the renaissance of the Salford Quays as sought-after residential areas. Some of the recent strong setpiece buildings of Manchester are also included, such as the futuristic Imperial War Museum North and the 169-m tall Beetham Tower. And, of course, the evolution of the city’s sports stadia is charted with images of Old Trafford Main Road, the Belle Vue stadium and Lancashire County Cricket’s Old Trafford test area.

Jonathan Schofield is a registered Blue Badge Guide and the editor of Manchester Confidential, a city e-magazine. He is a public speaker, a regular broadcaster and a freelance writer on tourism, architecture, public art and history. He has written more than twenty guidebooks to the North West, and in 2005 won an award for the Best Tourism Experience of the Year in Greater Manchester (for guiding services). He lives in Old Trafford.