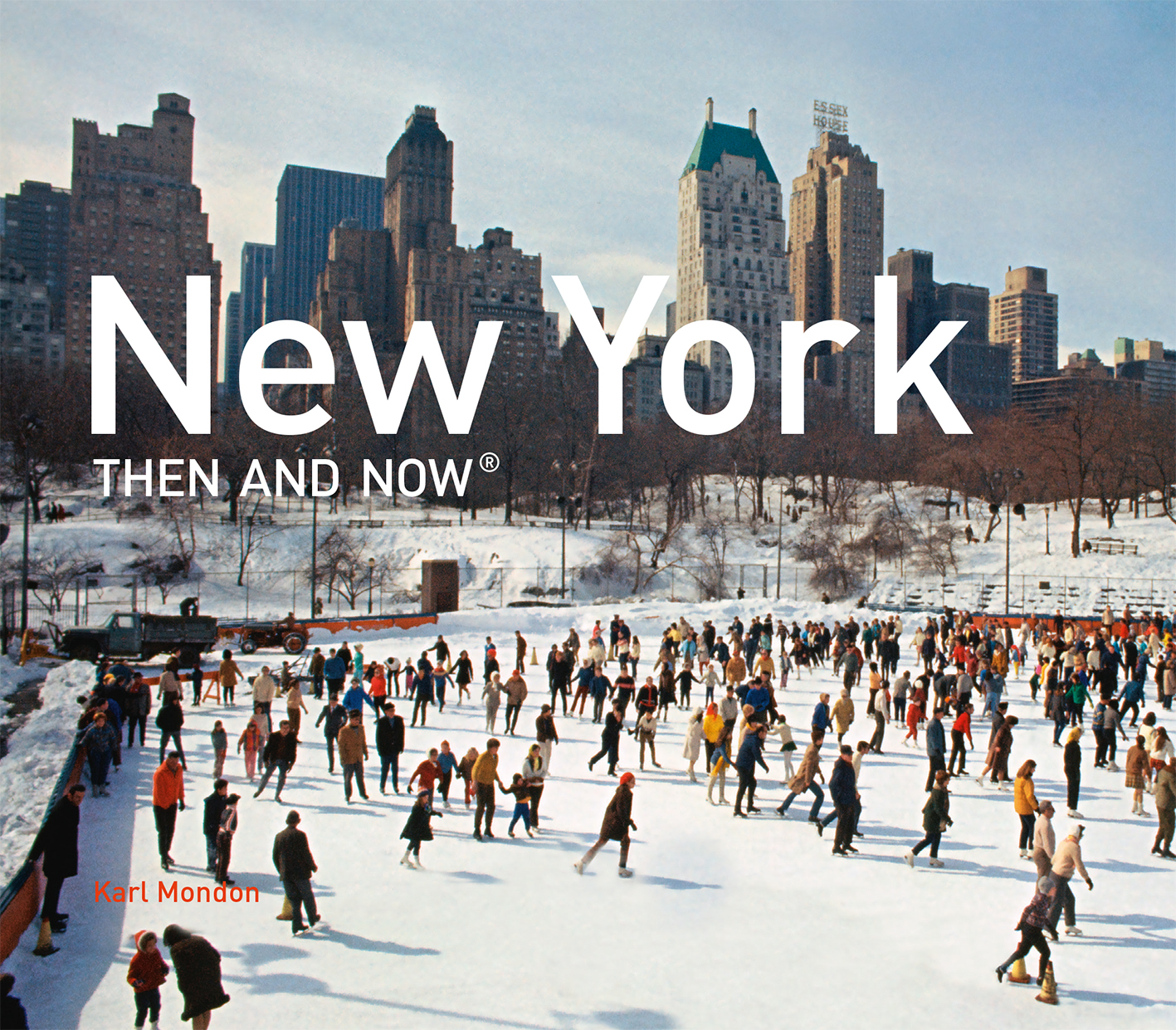 The span of Then and Now match-ups from Pavilion Books is increased with this latest addition to their trademark series. The 96-page Mini Hardback New York Then and Now is an all-new publication which takes archive photos in vintage color and pairs them with the same view today.

While the flexiback Compact New York Then and Now is a shrunk-down version of the larger, best-selling, 144-page title, this book contains different color photos from the 1940s, 1950s, 1960s and 1970s, matched up with a modern viewpoint.

The book helps dispel the myth that New York was filled up with yellow cabs in the 1950s, with vivid images in Kodakchrome, the Mini Hardback is the first of its kind and the most vibrant Then and Now yet to appear.