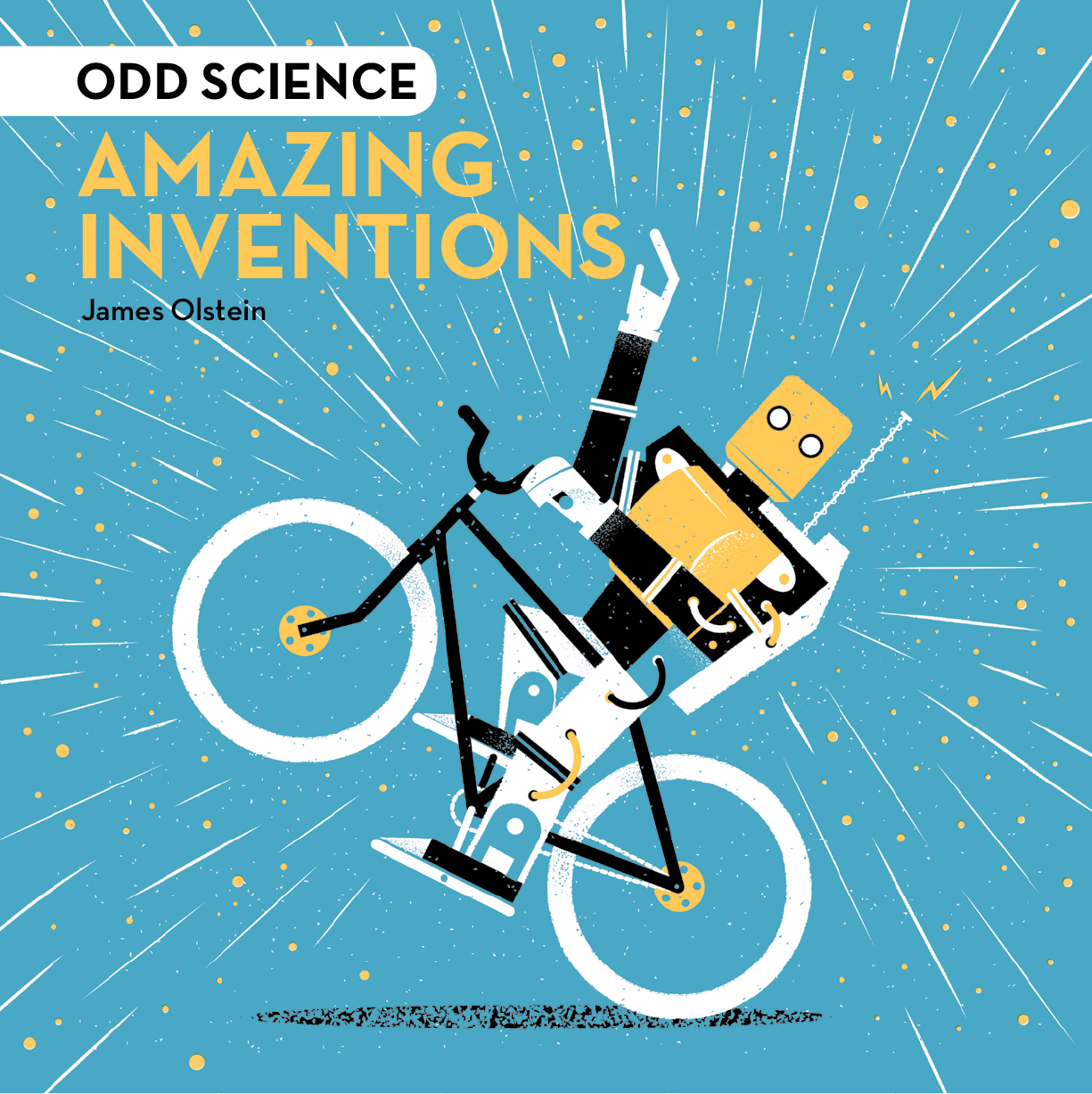 Inventions aren’t always easy. Sometimes a humble leaf can get in the way. Developers have learned that one of the big hold ups in the creation of self-driving cars is teaching the cars to recognize changes in foliage as they drive the same routes each day.

Odd Science: Amazing Inventions is filled with weird and wacky facts that you’ve never heard before. Read about the trainers made of spider silk, wonder at the first record played in space and tell your friends about the robot built in 1937.

There are facts about electricity being used as glue, facts about glow-in-the-dark cats and facts about nano-robots that can ‘swim’ inside the body during biopsies!

James Olstein beautifully illustrates these odd facts, and more, in a retro-inspired, quirky style. His designs aren’t meant to be taken literally, but you’ll laugh-out-load when you see a walking trashcan and wind towers made of carrots!

Prepare to laugh, marvel and learn.

Being a geek has never been so cool.

James Olstein is an illustrator living in Philadelphia. He has illustrated for the BBC, Bob’s Burgers, Monocle Magazine, Mental Floss, Scientific America, Sierra Magazine, economia, the Boston Globe and the National Constitution Centre. He has displayed his work at Spoke Gallery NYC, Galleries 1988 and Philadelphia Independents.

He runs a successful blog called Illustrated Science, that has been featured in The Verge and Geekadelphia.

‘Whether you’re interested in nano inventions or super powers, there’s sure to be something inside of interest. James Olstein’s cool retro illustration style make this book as enjoyable to read for adults as children.’