Oxford Then and Now 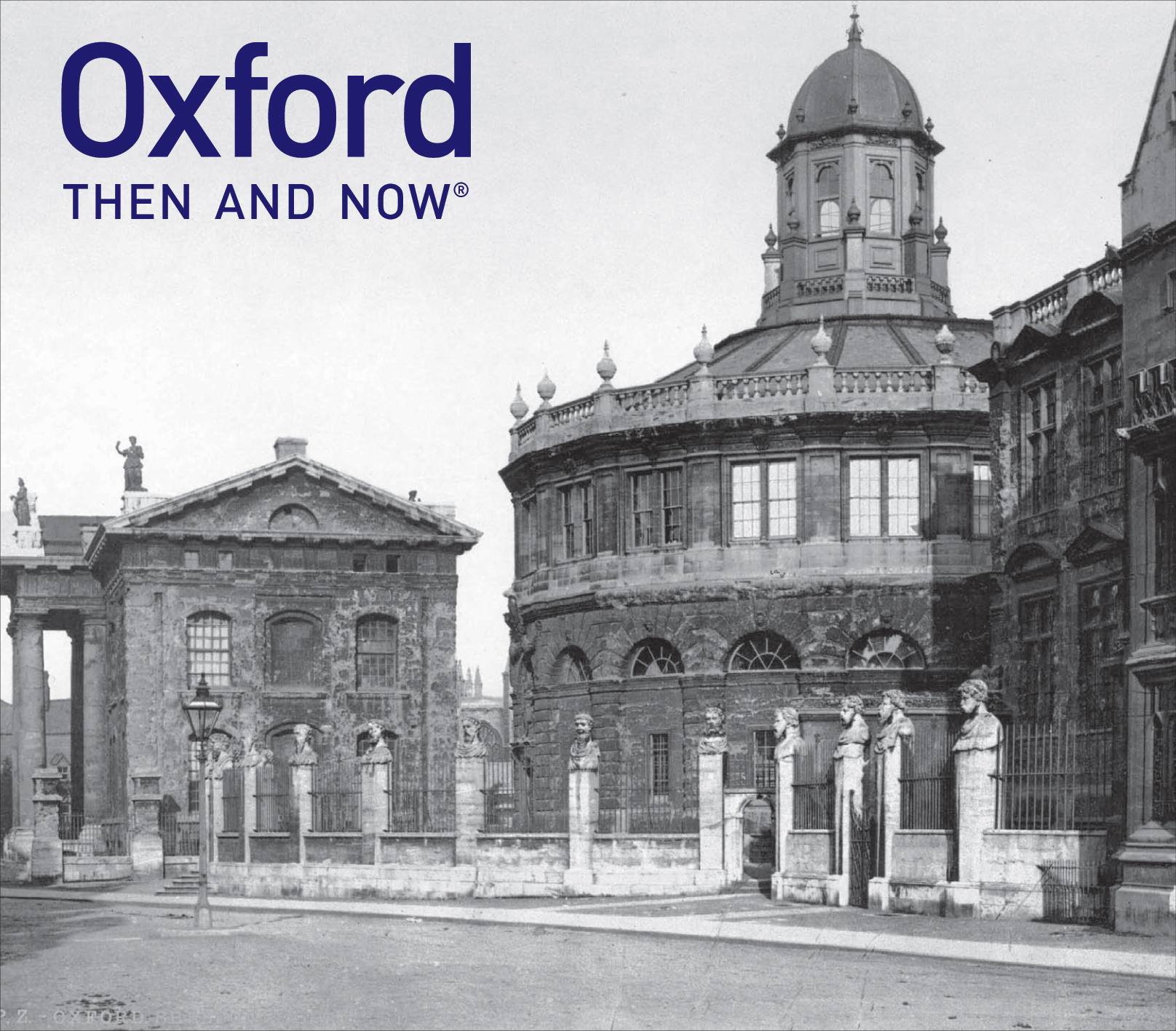 Poet Matthew Arnold christened Oxford ‘the city of dreaming spires’ and Oxford Then and Now looks at the range of inspirational buildings that have made it one of the most visited towns in Europe. Using archive photography dating back to the early 1860s, the book charts the evolution of the town through the Victorian and Edwardian eras, two World Wars and touches on the social and industrial upheavals of the 1960s. Some 70 historic photographs of Oxford’s past are paired with specially commissioned contemporary views taken from the same vantage point. You can see the same streets and buildings as they were ‘then’ and as they are ‘now’.

It includes the Oxford Town Hall, opened in 1897, the Sheldonian Theatre, the Ashmolean, the Bodleian Library, as well as the historic covered market, the open spaces of Christ Church Meadow, all rounded off with the changing face of the University celebrations on May Day when the tradition is to jump into the River Cherwell.

Part of the bestselling ‘Then and Now’ series, this charming contrast of old and new photographs highlights the stunning changes – and the equally amazing similarities – of one of the most loved cities in Britain, its well-known places but also some of its hidden gems.