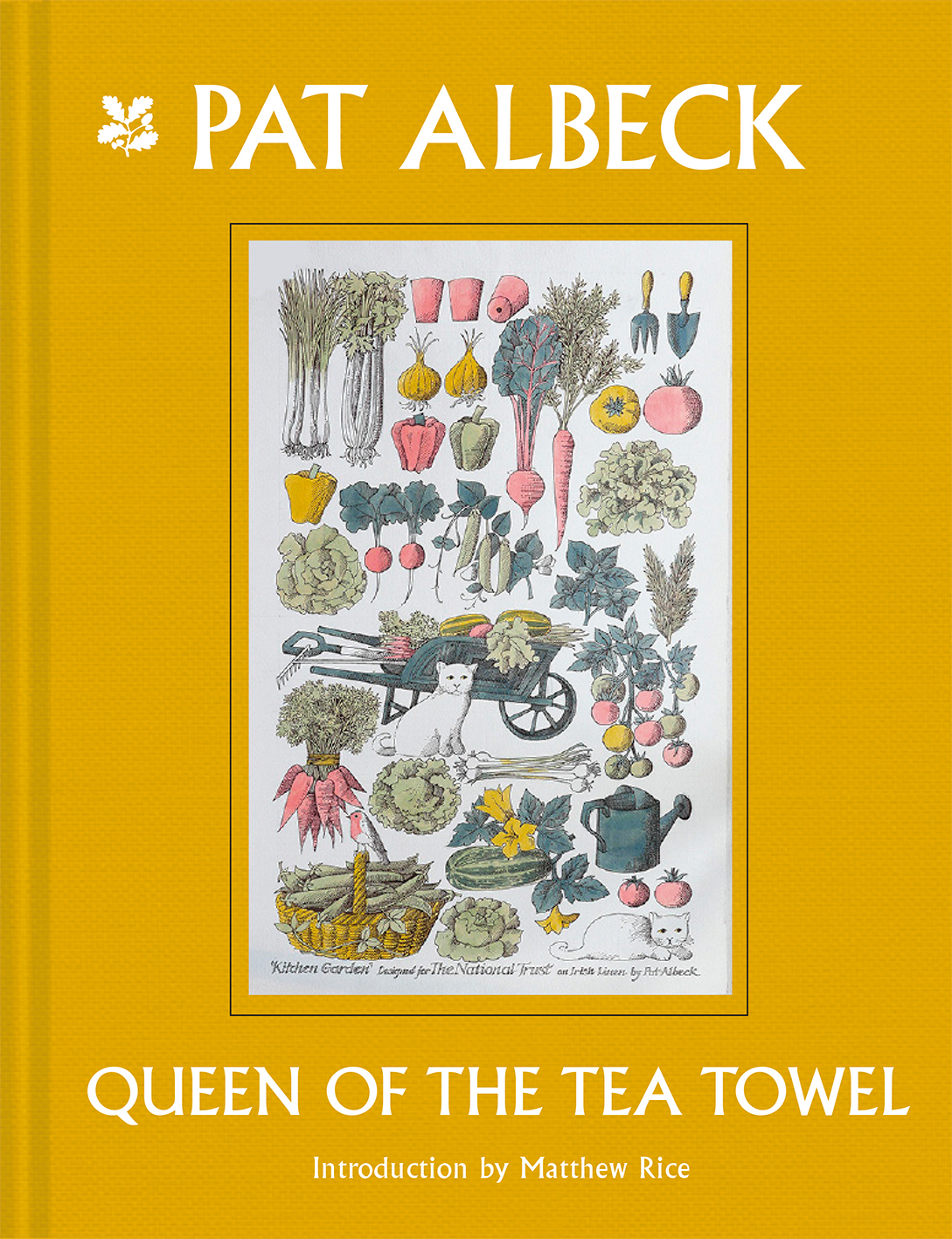 Pat Albeck, who died in September 2017, was a prolific and well-known textile and homewear designer, affectionately known as ‘the Queen of the Tea Towel’. Her obituary appeared in The Times and the Guardian, and she was the guest on Desert Island Discs a few years ago. Pat started designing in the 1950s and continued working throughout her life, including for John Lewis and Emma Bridgewater. She’s best known for her work with the National Trust, for whom she designed some 300 tea towels from the 1970s to the present day.

The book will show 80 of Pat’s tea towel designs. Her son Matthew Rice (also an illustrator and designer) gives a fascinating insight into the design process for each towel. The tea towels include National Trust houses and gardens and her iconic calendar designs, as well as showcasing her unique, retro and quintessentially British textile design and illustration style.

Matthew Rice is a writer and illustrator. He is a regular contributor to Country Life Magazine, and is the author of Rice’s Architectural Primer and Rice’s Church Primer. He is the son of the designer Pat Albeck, and is married to the potter Emma Bridgewater, with whom he works. He lives in Oxford.