Portland Then and Now® 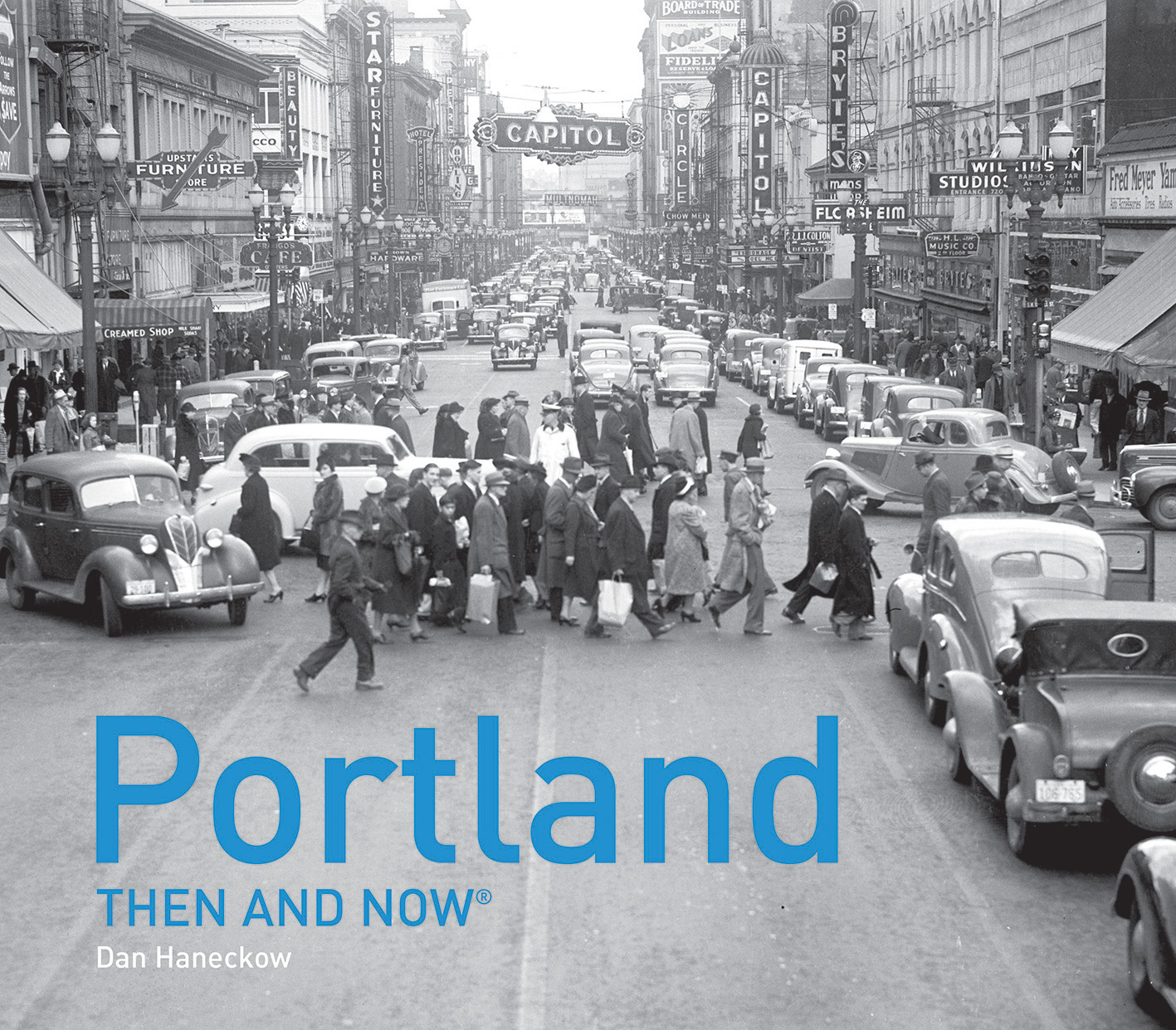 Portland Then and Now pairs historic photographs with specially commissioned views of the same scenes as they look today. The book traces the evolution of Portland from the early years of photography to the present, showing how it became Oregon’s largest and most vibrant city.

Set against the backdrop of snow-capped Mt. Hood and Mt. St. Helens, Portland’s skyline is a mixture of ultra-modern skyscrapers and elaborate Victorian structures that reveal a rich architectural heritage. Originally no more than a cluster of log structures and wood-frame buildings carved out of the dense forest, “Stumptown” soon became the Pacific Northwest’s premier freshwater port, filled with supply ships bound for the gold fields of California, but also intent on becoming a cultural center.

This fascinating book traces the evolution of this popular  tourist destination from a small town long dominated by cast-iron, terracotta and brick buildings to a city with ornate mansions, carefully designed neighborhoods, and a downtown that bespeaks pride in good city planning.