A collection of short stories, poems and Illustrations inspired by Punk Rock 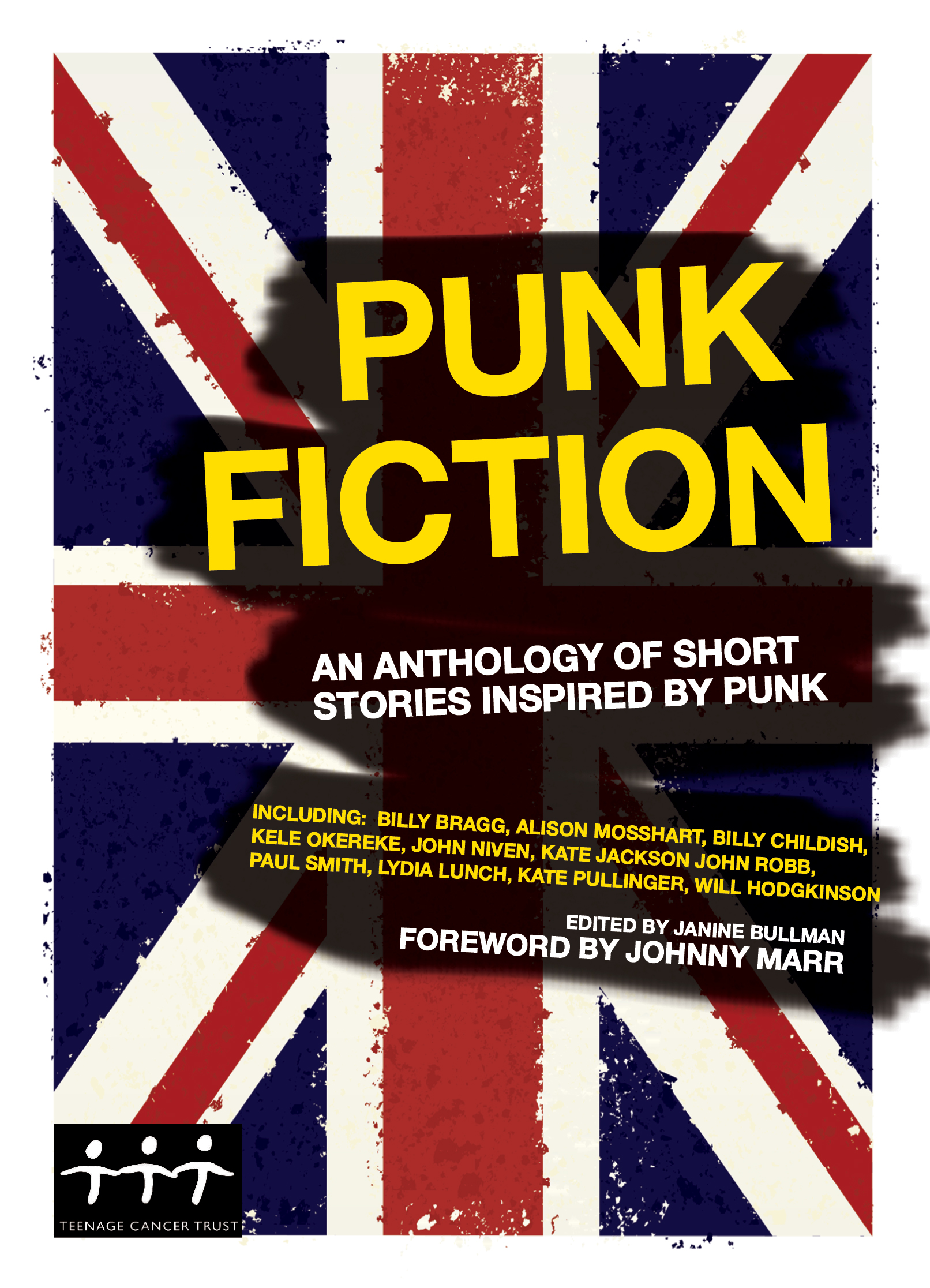 Punk Fiction is an anthology of short stories, poems and illustrations submitted by an impressive line up of contributors. Each piece of work shares one unifying theme – everything included in this collection will be inspired by a punk rock song. The book will open with a foreword by former Smiths guitarist Johnny Marr.

Contributors have been hand-picked from the generations that followed the punk revolution; those at the forefront of contemporary popular culture, who have been (and are still being) influenced by the movement, rather than punk’s original vanguard. Though they are drawn mainly from music, those involved also embrace all corners of the arts and include some of the most exciting contemporary authors around. The book will act as proof (if any were needed) that the punk rock legacy was not merely musical but that the stones it cast upon the surface of cultural life created ripples that reached into every corner, and exerted a force that continues to this day.

All proceeds raised by the book will be donated to The Teenage Cancer Trust. The book has already been guaranteed the lead review in Mojo magazine on release, as well as the front page of MySpace, which reaches eight million registered users. NME, Q and The Guardian will also support the book’s publication. Due to the list of contributors it is sure to garner substantial media interest. It is also worth bearing in mind that large fanbases will be accessed via many of the contributors’ mailing databases, for example Bloc Party, who currently have a database of 60,000 fans to whom the book will be heavily publicised.