From William I to Elizabeth II 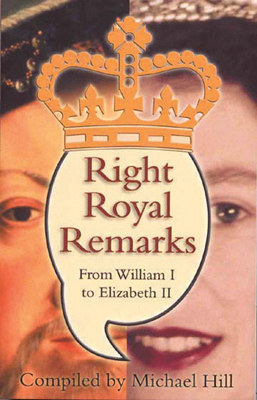 Everyone makes remarks but many of them sink without a trace. Minor celebrities find their remarks slightly longer-lasting, in newspapers and magazines, while the truly famous have their remarks retained, for better or for worse, in books and on film. Providentially, the remarks of kings and queens tell us not only something about themselves but also the age in which they lived. What may have appeared controversial at the time can often now be seen as more reasonable in the jigsaw of history. The intriguing and often entertaining remarks in this book should be read with that in mind.

‘I declare this thing open – whatever it is.’ [Prince Philip, Duke of Edinburgh]