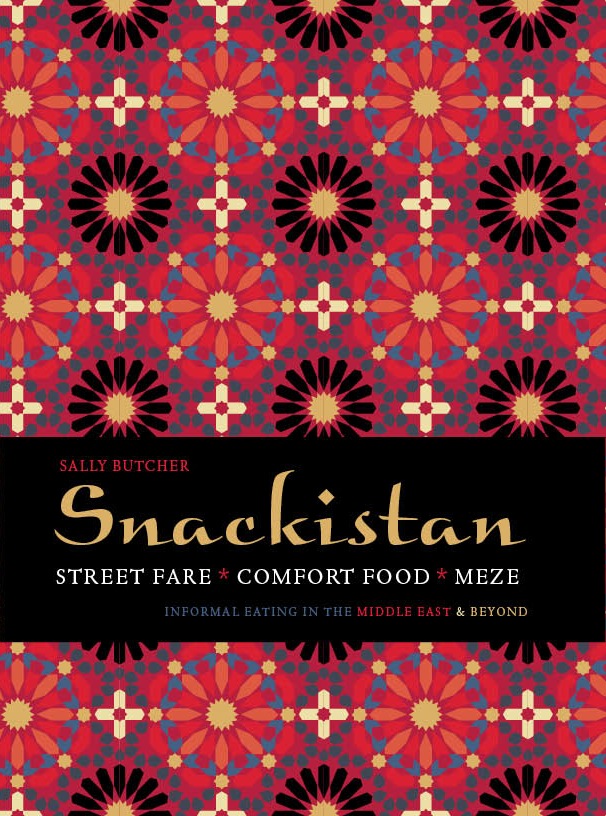 Hot on the heels of Veggiestan, Sally Butcher brings us Snackistan: a fictitious land where tummies are always full, and there’s a slightly naughty smile on every face. Snackistan does not, of course, exist, any more than Veggiestan does. It is, rather, a borderless confederation of the Middle East’s favourite foodstuffs. The simple fare that people actually eat on a daily basis: dishes they prepare at home, or cook to share with friends, or look forward to indulging in at the end of the week. We all like to snack – increasingly, formal dining is being nudged aside in favour of meze-style spreads. And, at the same time, street food has come of age. In malls and farmers markets across the world, food on the hoof has become a stylish and popular way to feed. This book picks out the Middle East’s most exciting street foods and meze dishes, together with a range of homely and simple snack recipes elicited from family and friends. Chapters comprise Nuts and Nibbles, Fishy Things, Meat on Sticks, Meat Not on Sticks, Salady Stuff, Hot Veggie Dishes, Mostly Carbs, Puds, & Something to Wash it Down With. The burst of flavours is intoxicating, as is Sally’s trademark wit and attention to detail – a must-buy for all Middle Eastern food enthusiasts.