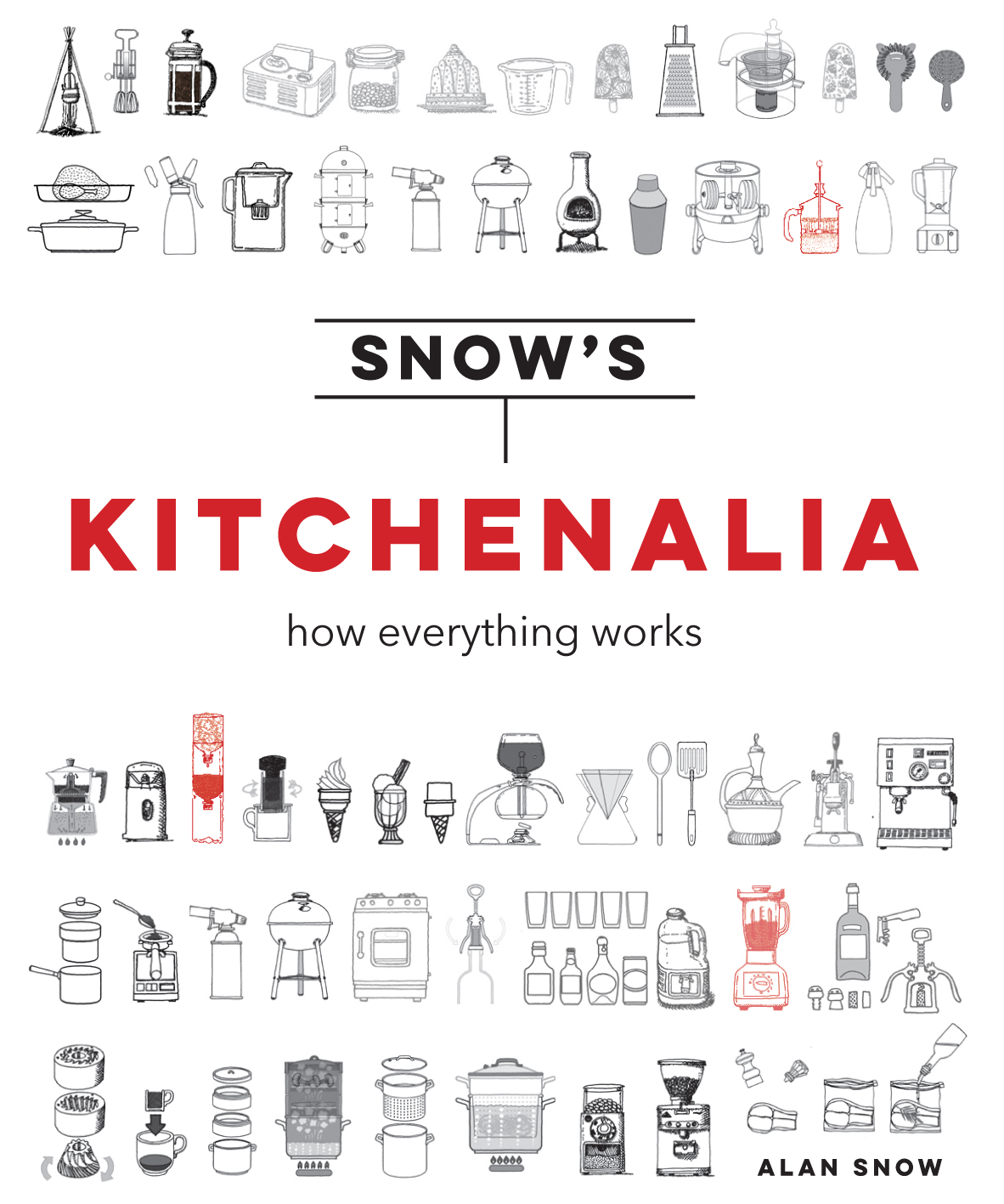 Designed to free us up from the shackles of recipe books, Snow’s fascinating visual miscellany shows readers the ins, outs, hows and whys of all manner of cooking equipment, tools and techniques, from ovens, blenders and coffee machines, to more sophisticated chefs’ equipment and everything in between.

Arranged into four practical sections: Tools, Cooking, Drinks and Kitchens, each section is accompanied by an insightful commentary that offers clear explanations and instructions. As well as absorbing historical and scientific details the book is brimming with charming diagrams and sequences. Once you’ve grown familiar with each appliance, you’ll find good reason to put your newly acquired knowledge to the test, with recipes as you’ve never seen them before.

The perfect gift for every keen cook, whether amateur, enthusiast or professional, this unique book is at once a visual celebration of the kitchen and a fascinating exploration of culinary science and technique.