St. Louis Then and Now® 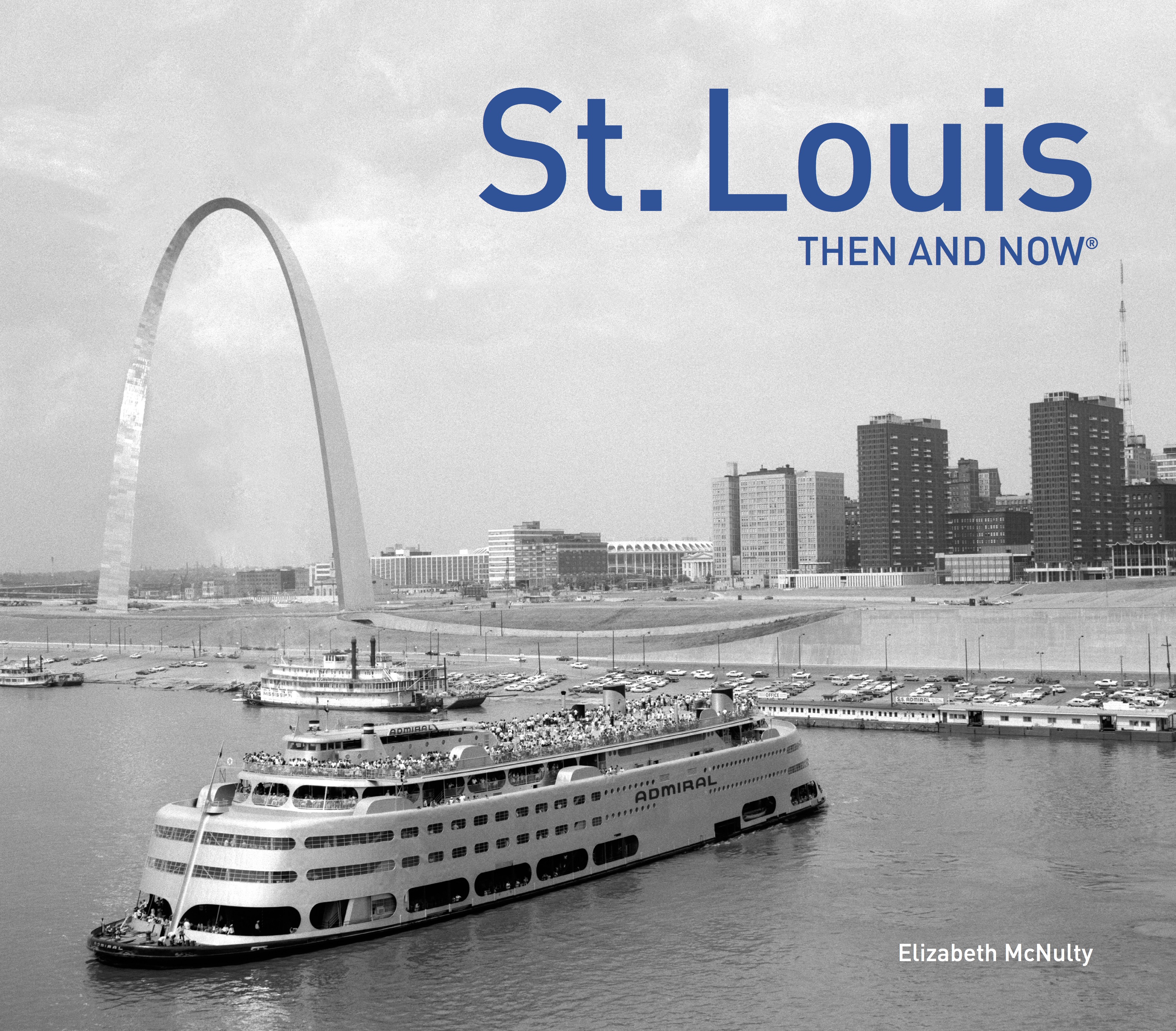 St. Louis Then and Now is a captivating chronicle of history and change. It pairs photographs over a century old with specially commissioned views of the same scenes as they exist today to show the evolution of St. Louis from the pioneers’ “Gateway to the West” to a thriving and dynamic city of the 21st century.

Established by French fur-trader Pierre Laclede in 1764 and named in honor of the patron saint of France, St. Louis was in its earliest days a trading outpost near the confluence of the Missouri and Mississippi rivers. Laclede showed remarkable foresight, pronouncing that “by its locality and central position,” St. Louis was to become “one of the finest of cities.” His vision was accurate: with the advantages of a natural sand levee and sheltering limestone bluffs, the central “city by the river” grew rapidly over the following decades. After Jefferson purchased the western territories, including St. Louis, from the French in 1804, the town became one of the busiest of American cities during the period of western expansion. St. Louis was the “Gateway to the West,” chief provisioner and jumping-off point for westward-bound explorers, adventurers, and gold prospectors.

The following centuries have seen St. Louis grow inexorably into Laclede’s “finest of cities.” Its location on the Mississippi, once jammed with the fabulous steamboats that brought Mark Twain to the city, and its heritage as a heartland of ragtime, jazz, and blues music have given St. Louis a distinctive flavor that today blends the quaint and historic with the modern.

Elizabeth McNulty was born and raised in St. Louis and attended the University of Missouri. She currently lives in San Diego, where she works in the publishing industry but often returns to her hometown to visit friends and relatives. To that uniquely St. Louis question, Elizabeth responds “St. Joseph’s Academy.”
READ MORE
Instagram
Not long to go now! #thegutstuff @thegutstuff out