So you think you can knit? 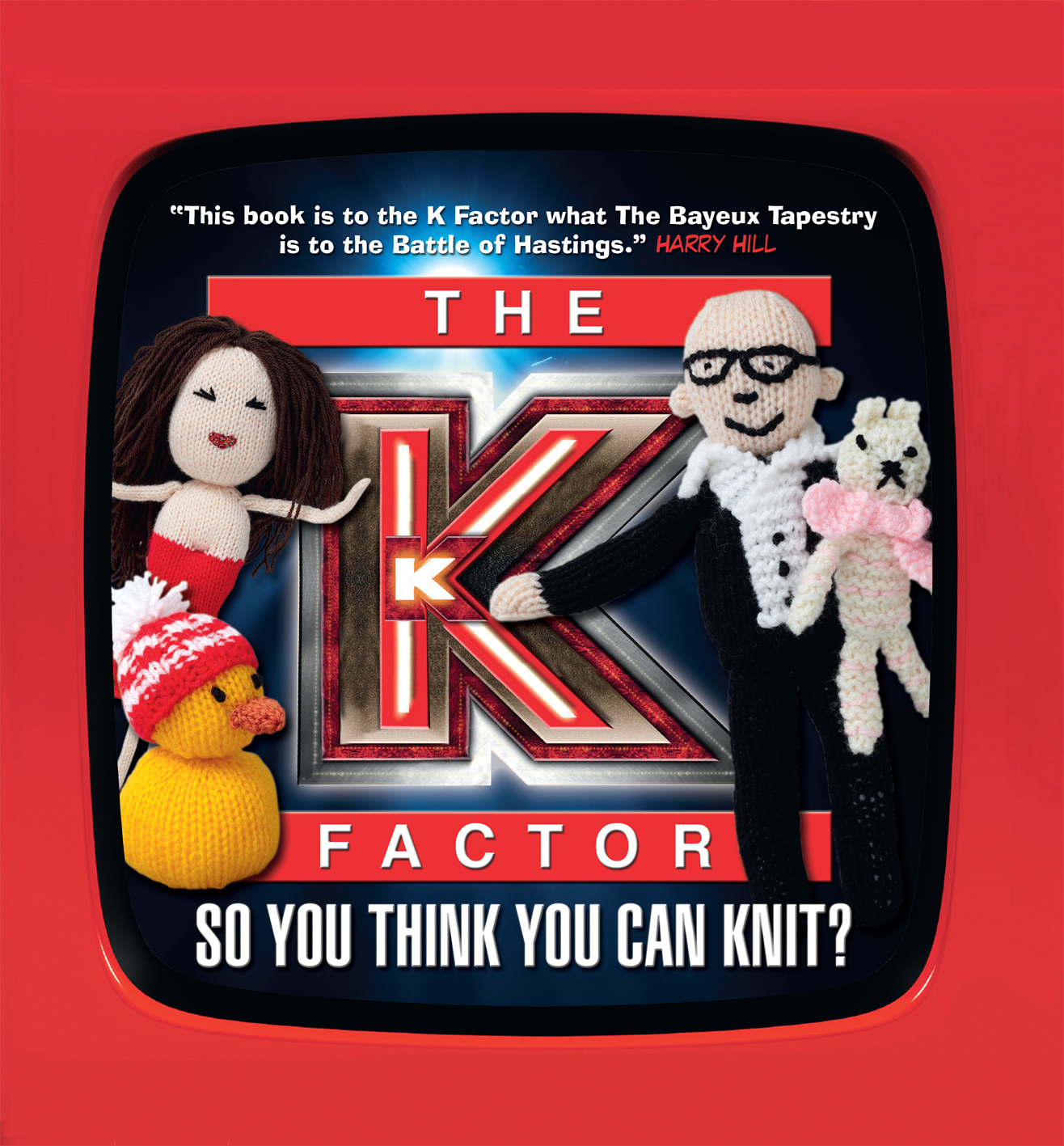 A knitting book with a difference; the book parodies The X Factor in knitted form and celebrates the phenomenally successful ‘K Factor – So You Think You Can Knit?’ segment from Harry Hill’s TV Burp.

The book will feature knitting patterns for 16 of Harry Hill’s favourite characters including all four judges and the most popular contestant, including Winston Stimson, Philnut, and Brian and Caroline. Includes hilarious material from the show, as well as Harry’s Top Knitting Tips.

TV Burp, created and presented by Harry Hill, commands one of ITV’s largest audiences, topping 8 million. In 2010 the show scooped up three BAFTA Awards and picked up a Royal Television Society Award. The K Factor was one of its most popular segments ever, with submissions sent in from all around the country. Peter the wingless duck, from Croydon, won the competition.